A Tribute to John Hartford 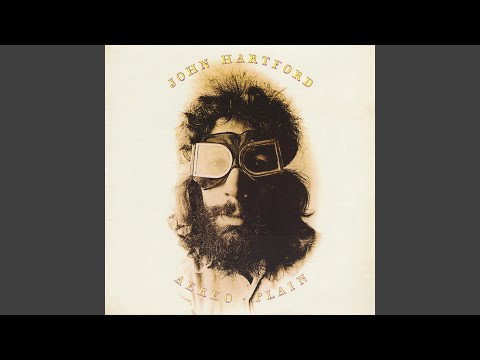 John Hartford was an all-around all-American entertainer. He was a singer, songwriter, musician, author, steamboat pilot, music historian, and Renaissance man of the 20th century. He has had a massive influence on folk, bluegrass, and country music since the late 1960s. His best-known song is Gentle on my Mind, covered by many performers ranging from Glen Campbell to Aretha Franklin to The Band Perry.

Many of his song relate to his lifelong fascination with the Mississippi River and the steamboats that still travel its length.

It's always hard to tell whether someone displays his true personality or a fake persona in public, but John Hartford always exuded a warm, folksy charm, and I suspect it was just an extension of his real self. He had a blend of joy and humility that was always a pleasure to behold. His offbeat sense of humor is on display in many of his songs, too.

His interest in rock and roll blends into several songs as well, typically in the form of drums and electric instrument additions as part of the "Newgrass" movement, but also through the overall structure and chord progressions of his songs.

Of course, sometimes his subject matter veers into the "hippie" territory, too.

Then again, a lot of his music embraces the traditional sound of bluegrass and gospel, too.

But in the end, there's nothing I can really add to describe his musical talent or skill with various instruments, so here are some more video links. I also encourage some Youtube exploration with his name to find more, because there is a lot of music available now thanks to the internet!

One day about twenty-five years from now,
When we've all grown old from a-wondering how,
Oh we'll all sit down at the city dump,
And talk about the Goodle Days.
Oh you'll pass the joint and I'll pass the wine,
And anything good from a-down the line.
A lot of good things went down one time,
Back in the Goodle Days.

And the Good Old Days are past and gone.
A lot of good people have done gone on.
That's my life when I sing this song about
Back in the Goodle Days

And the Good Old Days are past and gone.
A lot of good people have done gone on.
That's my life when I sing this song about
Back in the Goodle Days

Final note: A portion of a documentary about the man, his music, and steamboats:

Author's note: This is a re-post of an article from my Steemit account with some minor edits.