A Conscience Is A Burden When Lies Are So Profitable 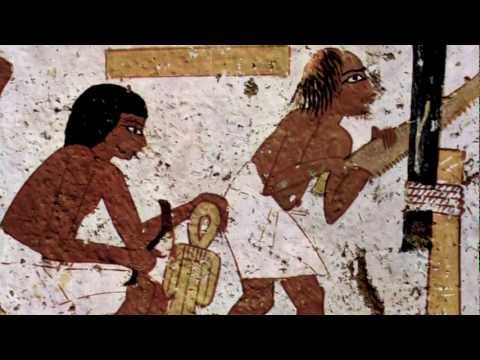 As I browse the internet, I am bombarded with examples of charlatans getting rich (or at least staying comfortably above poverty) by selling utter falsehoods. If I were without scruples, I could easily come up with a completely fabricated story that could persuade credulous people to feel smugly satisfied after believing my expertise in something that is blatantly wrong. I have already posted about David "Avocado" Wolfe, an archetype of this kind of charlatan, but he's hardly alone.

Ancient Aliens is perhaps my favorite mockumentary. The problem is, I'm not sure its producers know they are making a mockumentary in the first place. There seem to be enough believers in such ideas to warrant in-depth documentaries on the subject, too.

Popular culture and social media are full of people making claims of both ancient and contemporary alien influences on humanity, and they typically rely on anecdote, personal incredulity about alternate explanations, and outright lies rather than real evidence. I have no objection to the concept of extraterrestrial life existing, but extraordinary claims of extraterrestrial influence on human history require extraordinary evidence.

Many early Greek philosophers believed they could use reason to describe the universe in purely geometric form. Since then, the sum of human knowledge has advanced quite a lot, and we know much more about the laws that govern reality. However, there are people who hunger for mystical mumbo-jumbo supported by blatant logical fallacies and outright falsehoods instead of evidence-based verifiable science. "Spirit Science" is far more absurd than the ancient Greek ideas thanks to the latter's foundation in speculation without evidence, and the latter is built on speculation in belligerent contradiction to evidence.

Proving the Earth is Not Flat

Do I even need to explain this one? The Earth is a spheroid.This is supported by thousands of years of measurements, geometric proofs, and easily-performed observations today. It is the heliocentric solar system model with a spheroid Earth that allows precise predictions of astronomical events including meteor showers, comets, and eclipses.

Flat Earth explanations, on the other hand, fail to match our observations and fail to make accurate predictions. Really, to call it a "theory" at all is an insult to language until such problems are addressed.

How do I get in on this racket?

Despite the arguments and evidence presented, many still believe in alien intervention, "spirit science," and a flat earth. If I had no conscience, I'm sure I could spin a pseudo-scientific idea into literal gold on the internet, or sell snake oil to hypochondriacs and desperate people with real illnesses alike.

I once even tried my hand at writing plausible but completely false explanations for common objects as a joke.

The centimeter was originally devised in France in 1752 as the perfect thickness for a slice of bread used to make toast. It is derived from centi-, a provincial term for toasted black bread, and m'etrois, or "measure." The Metric system was devised later from this foundational unit. A proper loaf of French Bread is long enough to cut into 100 slices of perfect-thickness toast, thus establishing the "meter" and taking advantage of the similarity of the bread slice and the prefix for 1/100 of a meter to make it appear as though the meter were the true base unit.

There are a lot of strange coincidences in the assassinations of presidents Abraham Lincoln and John F. Kennedy. Not only was Abraham Lincoln shot in Ford Theater, and JFK shot while riding in a Ford-produced Lincoln convertible, but Abraham Lincoln's famous stovepipe hats were made by the Bostonian milliner Warren Kennedy.

What do you think? Shall I abandon truth in order to earn a quick buck by bilking gullible idiots? Or is truth a superior ideal, and intentional deception a cruel abuse of others?

I've wondered the same thing sometimes, though not on such a grandiose scale. Just look at the scammers on Steemit and the money they make. Some of us are simply bound by truth and we don't have a choice in the matter.