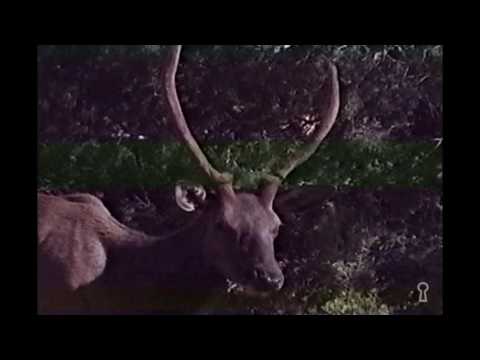 https://en.wikipedia.org/wiki/Henri,_Count_of_Paris_(born_1933)
first son of Henri, Count of Paris (1908–1999), and his wife Princess Isabelle of Orléans-Braganza

During the Great Depression, the 5 billionaire Rockefeller Brothers purchased the state of Arkansas. Hillybilly Simplot picked up Idaho for a dime.

Cambodia is just one islet in a sea of repression. Vietnam, to its east, has never even promised to hold elections in decades but now is one of America and the European Union’s main partners in Southeast Asia. To Cambodia’s north, nominally communist Laos is in an even worse situation when it comes to freedom. To its west lies Thailand which has been under a military junta since 2014 and shows few signs of returning to democracy, in any meaningful sense of the word. And, further afield, the democratically-elected de-facto leader that is Aung San Suu Kyi, who the West invested heavily in making an icon, is today arguably an apologist for crimes against humanity.

The Rohingya issue no doubt is now taking up much of the time of Western diplomats, pushing Cambodian democracy further down the list of concerns. But even if the United States or the EU decides to punish Phnom Penh it will raise unwanted questions, among them why the West has been so generous to Vietnam or Thailand in recent years.

King Felipe VI of Spain is the head of the Order of Montesa which is the continuation of the Knights Templar of Aragon. The Knights Templar Cartel in Mexico and others are controlled by the Spanish House of Bourbon and other Spanish and Italian nobility like the Osorio family and Dukes of Alba. Drug cartels are drug merchants and the Templars were also merchants and bankers. When Pope Benedict XVI visited Mexico the Knights Templar Cartel welcomed him. MS-13 is a branch of the Mexican Mafia and operate in the United States serving their interests and they are ruthless. Luis Flores founded the Mexican Mafia. Flores means a flower. The House of Bourbon use the "fleur-de-lis on their coat of arms. Fleur means flower. Mexico is controlled by Spain and some Italian-Spanish Nobility like the Gaetani, Massimo, and Ruspoli families. Jeb Bush was the former governor of Florida and Duke Francisco de Borbon of Seville was the CEO of the Bank of Miami. Jeb Bush is a 4th degree Knight of Columbus and his wife Columba Bush is from Guanajuato Mexico where the Knights Templar Cartel are located.

George Bush owns large amounts of property in Texas near the border. King Juan Carlos of Spain spent Thanksgiving at the Bush ranch several years back. The Bush family are working with the House of Bourbon and use their power and wealth to assist the cartels and Mexican Mafia in trafficking drugs, weapons, and humans across the border. Former president Vincente Fox was Jesuit educated. The Jesuits settled in Sinaloa where one of the largest syndicates the Sinaloa Cartel are located. King Felipe IV was Jesuit educated at Georgetown in Washington DC. The political leaders in Mexico are deeply connected with the Vatican and Spanish Crown. Organized crime is involved with trafficking women and children. The Mexican Mafia are also connected with a Satanic Aztec cult of blood drinkers. In Spain an estimated 300,000 babies were stolen from Roman Catholic Spanish hospitals under Franco and the House of Bourbon. The House of Bourbon traffic babies. The Spanish royal family also control the Latin Kings in the United States. They are criminals and nothing more.

The Spanish House of Bourbon is intermarried with Italian Black Nobility and Holy Roman Nobility like the House of Battenberg and House of Habsburg-Lorraine. Juan Carlos' father Count Juan of Barcelona was born in Rome. The royal families are all working together to dominate over society. When the people of Spain wanted to get rid of the monarch the royal families propped up the fascist dictator Francisco Franco whose revolt caused a civil war and he then reestablished the House of Bourbon as the rulers of Spain. They use war and chaos to regain their control or their order. The Latin phrase Ordo ab Chao is the motto of the Freemasons and it means Order out of Chaos. Juan Carlos even shot and killed his older brother to steal the Spanish Crown. When the Bourbon family started getting exposed like this Juan Carlos stepped down and they passed many fascist laws restricting freedom of speech in Spain. King Felipe VI of Spain holds the official title of King of Jerusalem and this makes him very high level. Alumbrados is the Spanish word for Illuminati and they existed more than two hundred years before the Bavarian Illuminati and were connected with the Jesuits. The Bourbon family manage the Jesuit factions which operate in South America and Mexico.