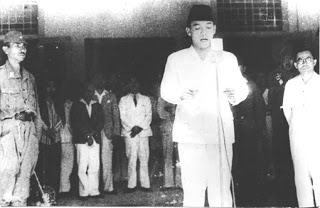 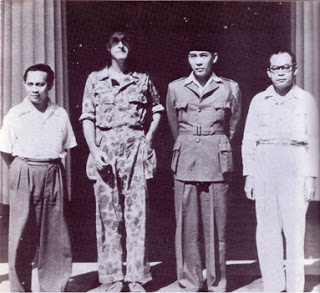 After the second police action in December 1948, three Republican leaders of this young Dutch captured and exiled to the island of Bangka, 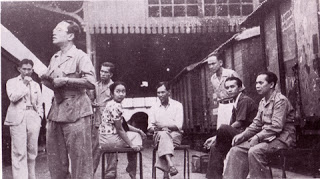 The illustration above is the official travel of the Minister of Minister of the Republic when reviewing front of East Java. They are waiting for the train at the station Mojokerto that will bring back to Jogjakarta. No official travel money, no VIP lounge. From left to right, Mr. Tan Po Goan (Minister of State), Mr.. Amir Syarifuddin (Defence Minister), Agus Yemen (Board Liaison), Mr.Maria Ulfah (Minister of Social Affairs), Dr.Johannes Leimena (Minister of Health), Mr. Ali Budiardjo (Secretary of State), Adnan Kapau Gani (Minister of Prosperity) and Sutan Syahrir (Prime Minister) 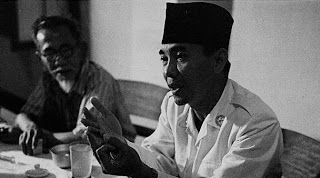 President Sukarno along with Foreign Minister Haji Agus Salim in the struggle for recognition of the independence of the Republic of Indonesia
Photo of discussion when the freedom fighters: 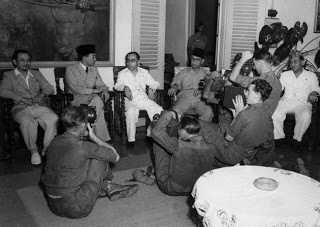 Photo of the president's visit to the community soekarno: 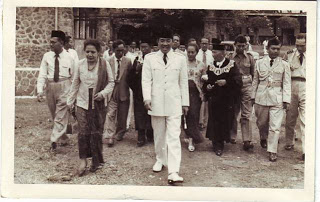 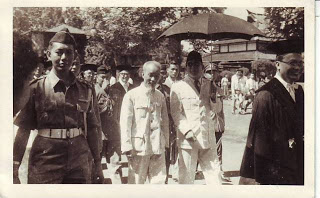