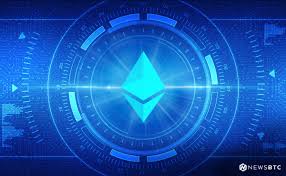 Ethereum was designed with the intention of having a scripting language for application development, which Bitcoin lacks. Dapps (decentralized apps) are now some of the most intense research and development areas in the digital currency space. As mentioned by Buterin, Ethereum trades some security for versatility, though the development team is working extensively on improving security and scalability.

Though it does take inspiration from Bitcoin, it differs in many ways. One notable difference is that the consensus mechanism algorithm gives ASICs less of an advantage. Block times range from 10 - 15 seconds as opposed to Bitcoin’s 10 minutes. One notable incident in Ethereum’s history occurred in 2016, when a smart contract flaw resulted in the theft of approximately $50 million worth of Ether. This subsequently resulted in a hard fork, splitting the Ethereum blockchain in Ethereum (ETH) and Ethereum Classic (ETC).

Ethereum itself, like Bitcoin, has inspired many projects, including rival platforms that seek to address the shortcomings of Ethereum. These platforms include EOS and Tron, which at the moment are its two closest competing platforms. Ethereum’s purpose of creating a platform for decentralized applications is its most vaunted aspect, as dapps are widely considered to bring the next era of adoption as specific, well-developed and user friendly crypto-based applications bring legitimacy to digital assets in the wider world.