Yumerium: One Step from Games to Business 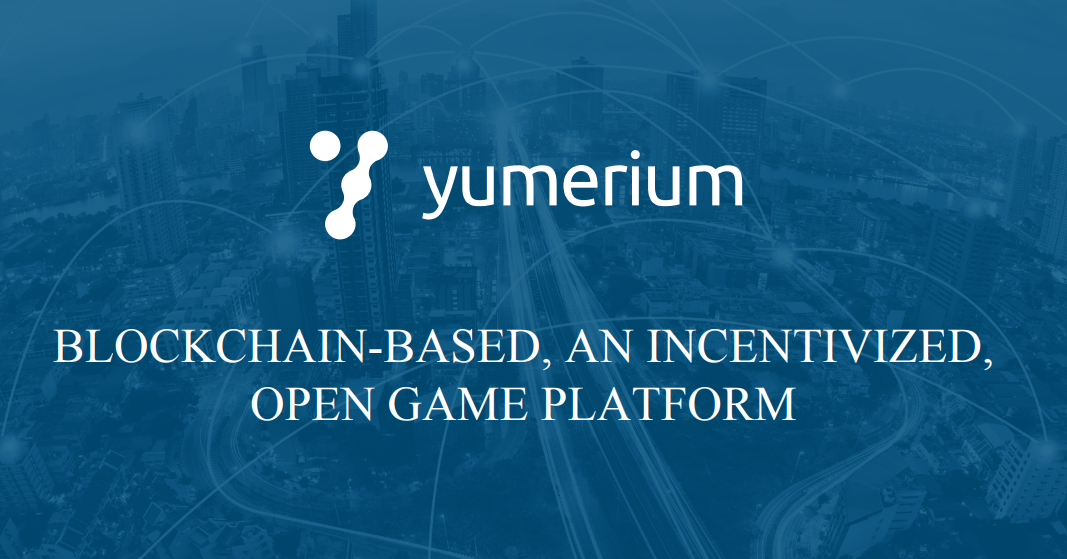 When talking about Yumerium we immediately picture CryptoMine, Mega Overload, and other blockchain-oriented games. The thing is that this platform is designed to interconnect game creators and players, improve the scheme of their interaction, make it more effective and profitable.

Yumerium promotes the games that utilize digital currency and the framework of blockchain. The system spreads to all platforms, such as PC, smartphone, console, and VR/AR. The developers of the project – the team of young and enthusiastic specialists from Japan – are focused, first of all, on the creation of a single ecosystem, in which all gamesmen will be inspired to play, win, review games, share them with others, and earn Yumerium Tokens. These digital coins will help game developers to create new adventures and attract more and more players.

Looking Deeper into Yumerium: How It Works

In the center of this system are Yumerium Tokens or simply YUMs acting as an indispensable tool for game building, distributing, and playing. In order to earn this currency, users can play, review, and share blockchain-based games developed by the partners of Yumerium. Then, they get the opportunity to buy certain playing tools, items or features for all adventures that support YUM.

Game developers, in their turn, get the opportunity to inspire their potential clients to new victories and achievements, promote their blockchain-based adventures, attract funds to their projects, and so on. They won’t have to lose time and money for advertising, as gamers will have a natural interest in playing their games. Besides, YUM Tokens can be converted into marketing dollars and used for the developers’ extra needs.

Thus, the scheme of interaction between game creators and players seems to be quite simple, yet effective. The more people play different games like Kingdom Watcher, Hell Dimension VR, and others the more YUM funds “work” within the framework of this ecosystem. And more new games and playing opportunities will be created by the developers boosted by the platform’s funds.

The ‘Fuel’ of Game Development: about YUM Tokens

Now we come to the matter of the system’s cryptocurrency – YUM Tokens that will be awarded to the users for certain actions. The creators of the platform say that this currency will integrate a variety of marketing instruments like promotion fees and bounty campaigns, attracting in such a way more and more users into the system.

As for the details of the Token Sale, they are as follows:

It’s interesting to note that first, the team was going to start the Main Sale on July 11th, but then decided to put it off until September, so that potential investors could see more progressed development of the platform. For instance, they promise to develop their own games and implement the Payletter platform before the beginning of the Main Sale. And this characterizes them as responsible, attentive, and concerned about the success of their business.

What’s Then: Strong and Weak Sides of the Project

The system of Yumerium seems to touch a very interesting aspect of modern life – games that are played by large segments of the Planet’s population. Thus, we can’t but agree that it has a serious chance to be a success. Let us considers the project’s strong sides:

We can’t but agree that this list of partners and achievements paints the project of Yumerium in a very flattering light. As for its weak sides, we’ve noticed only few of them:

In any case, we have a pretty good chance to monitor the project’s progress.