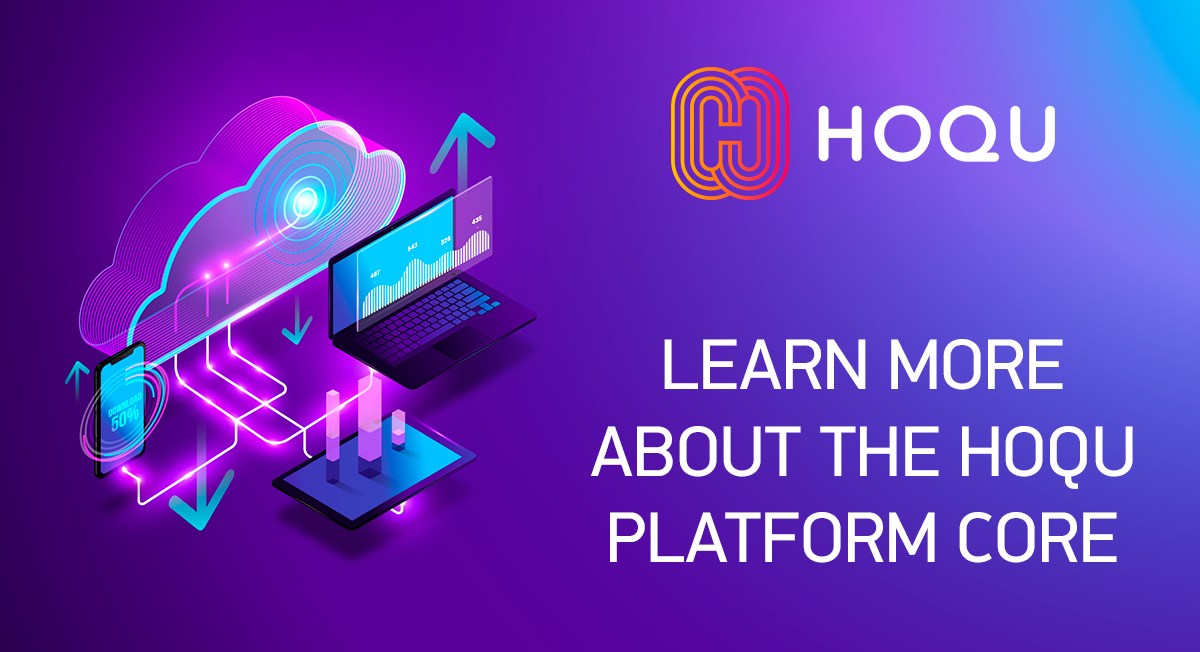 During the platform development, the rinkeby test network is used as a blockchain storage (see https://www.rinkeby.io). Using testnet it is easy to obtain ETH, so the transactions are free of charge. On the release of the production version of the application, the main Ethereum network will be used

The testnet smart contract is available on etherscan: https://rinkeby.etherscan.io/address/0xfc33d77ed4ac8ea48fb347c7ce537a0a6c4fb1b5#code 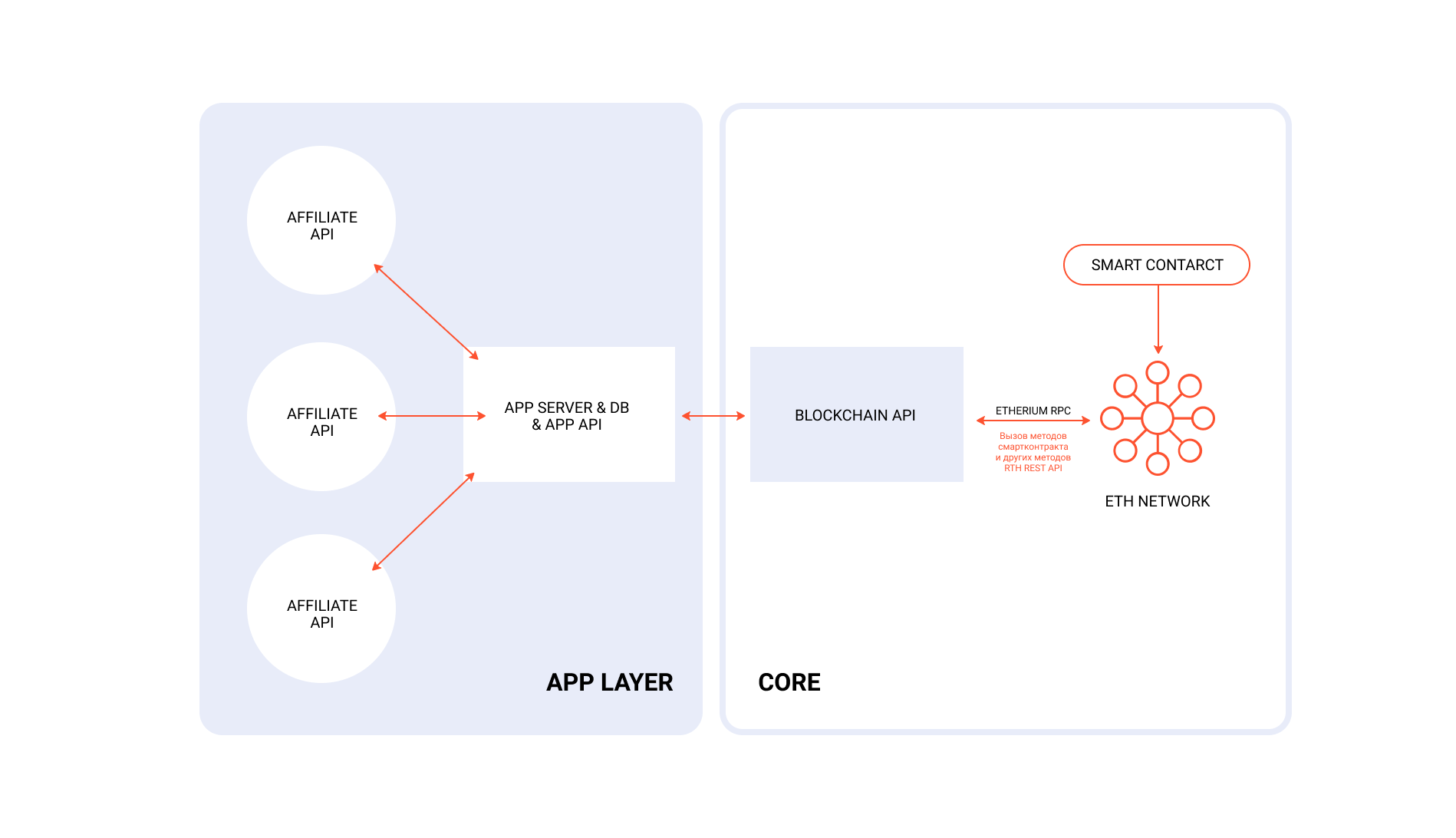 Reasons for using the adapter:

● It is necessary to prepare the data, because the Ethereum RPC has limited functionality.

● Reducing the number of requests to the blockchain through the use of an intermediate database.

At the moment, we see a platform in the form of 2 main elements:

Applications can be created by any developers who want to build their CPA platforms. All applications interact with the core of the platform. This forms the HOQU ecosystem: 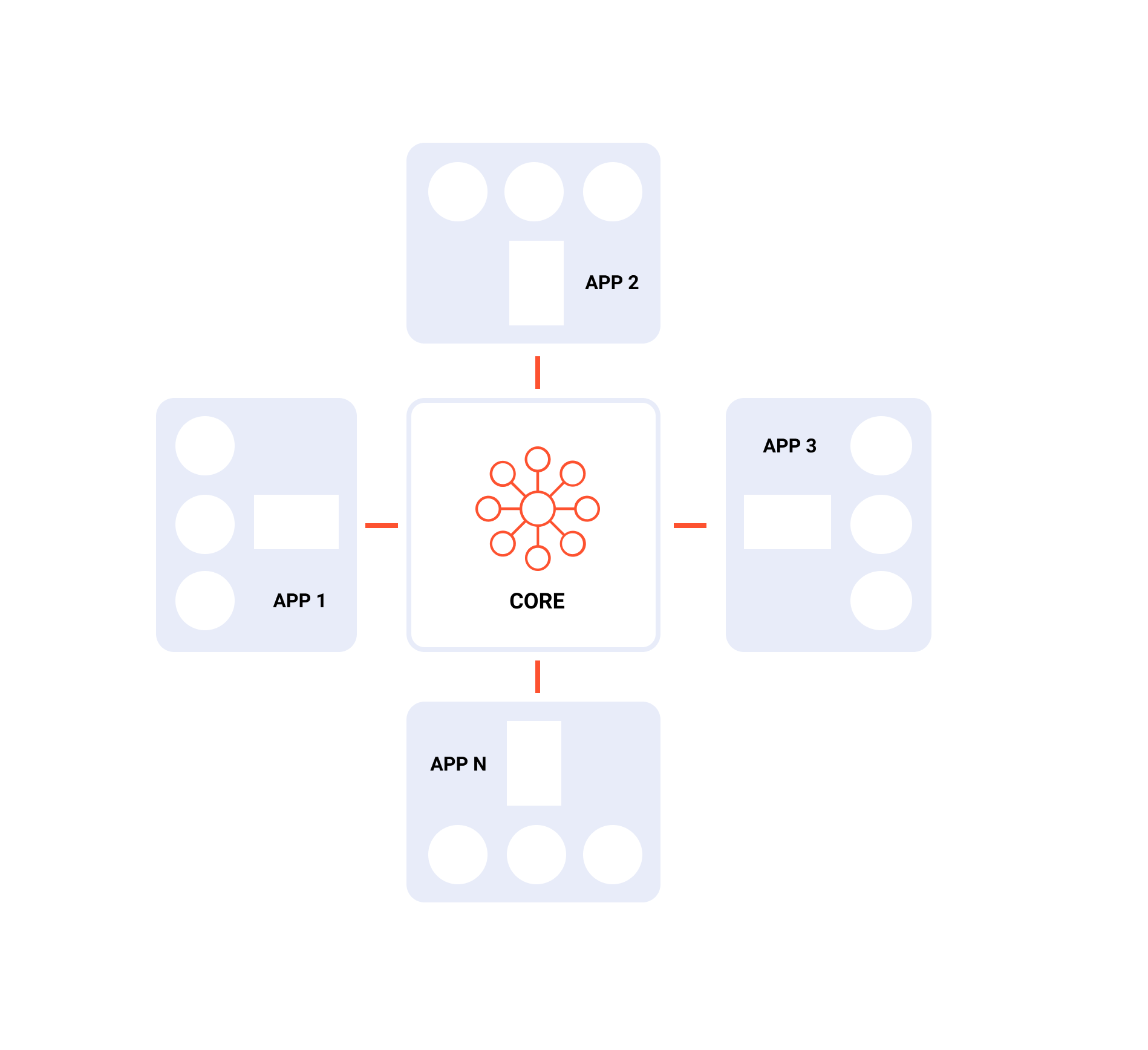 In a simplified form, the scheme of a smart contract device looks like this: 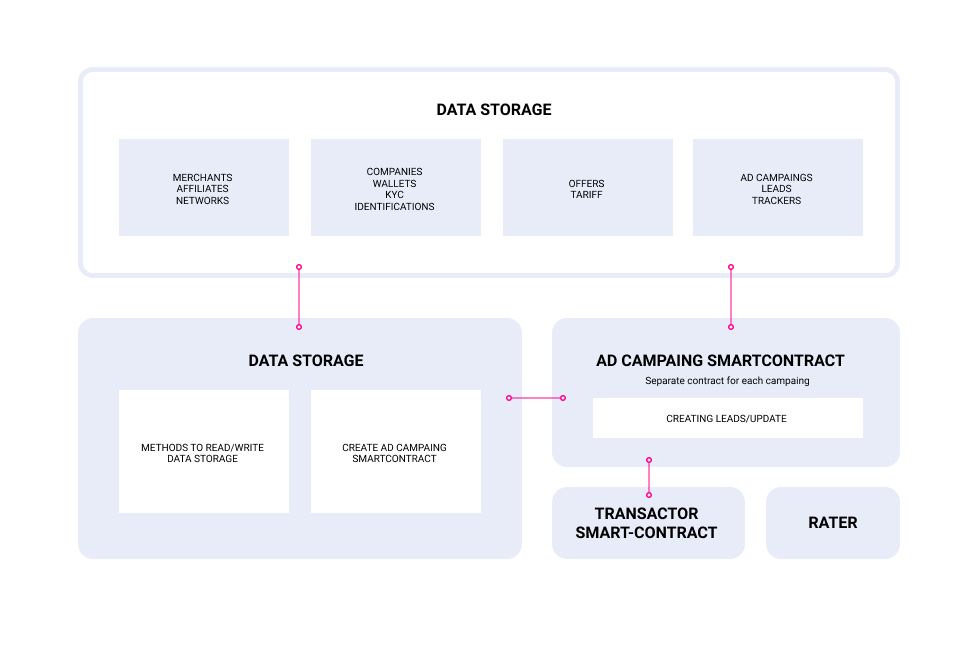 HOQU Storage — data storage in the blockchain. All that is stored there is available through Etherscan or the Blockchain Explorer we have developed.

-The HOQU Transactor Smart-Contract responsible for the implementation of transactions

The HOQU AdCompaign separate Smart-Contract created when an affiliate creates a new advertising campaign. The contract between the affiliate and the merchant. The Blockchain API is responsible for its deployment when a corresponding request is received from the APP layer.

In smart advertising campaigns, a function is implemented when third-party trackers can add leads and work with them. To achieve this, the smart contracts have a list of tracker addresses allowed for direct work with the leads of this advertising campaign. In this case, the payment for calling the HOQU AdCompaign smart contract methods, and separate Smart Contract will be taken from the tracker’s wallet (from the wallet from which these methods are called).

● The network creates an offer for the advertiser;

● The advertiser confirms the offer, while giving an allowance for debiting money from their wallet with a HOQU Transactor Smart-Contract smart contract (more about the allowances below);

● After confirmation of the offer, the affiliates will see it;

● Affiliates create an advertising campaign for this offer and get their affiliate link;

● Using the link, they generate leads, and when a lead appears, the lead appears in the blockchain with the pending status;

● Further, depending on the settings, billing occurs immediately, in this case, the status of the lead changes to done and the advertiser’s HQX is written off and the web and resellers are credited with HQX (intermediaries are defined in the tracker below);

● In the case of deferred charging, they occur either when the hold period expires automatically, or when the lead is accepted in the advertiser’s office, or when automated acceptance is made through the IPA.

This is a permission to write off a certain number of tokens from the user’s wallet. It can be given both in the wallets section of the merchants application, and via etherscan https://rinkeby.etherscan.io/address/0xd75f3e1765d4f3479b25bde50320fd164224e977#writeContract

The write-off will occur during the charging of the lead!

Users can monitor the state of the allowance on the wallets page, and notifications by mail and other communication channels will also be configured.
Notifications about the completion of allowances will also be sent to all affiliates who work with an offer for which the allowance is ending, so that they can stop their campaigns if necessary.

These are those who participate in the distribution of tokens for the sale of the lead. One of the intermediaries is the platform itself, which takes 0.5% of tokens per transaction.

As a second intermediary, there may be a network. The set of intermediaries depends on the selected tariff and is visible when creating a campaign.

The HOQU team continues to develop. A beta version of the application for affiliate networks is planned soon.

Thank you all for your feedback! Sincerely, the HOQU team.