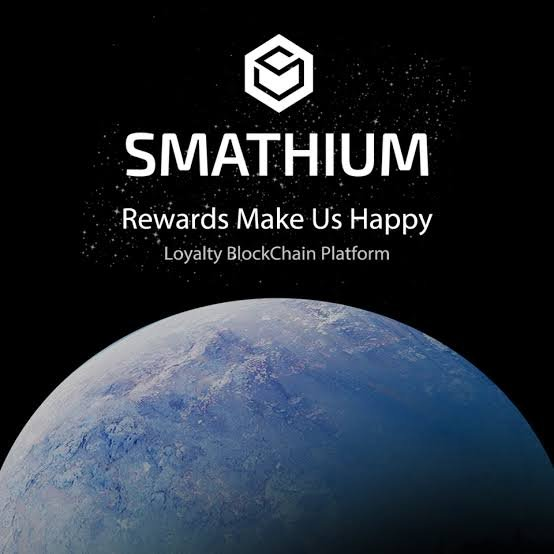 This project seems to be cool. I browse the website and there I learn how the smathium platform will work. As I understand it, they want to create a b2b Platform that will reward users that using their platform. Quite simple but if they can proved and show it to the public then this will be a great one. Many projects already tried it, but only few got succeeded.

This is the part where I am excited. As a mobile users, I always look for freebies or app that can made my life so easy. It was mentioned in the website that Smathium can be used to purchase affiliated merchants and business app.

Take a look on this image: 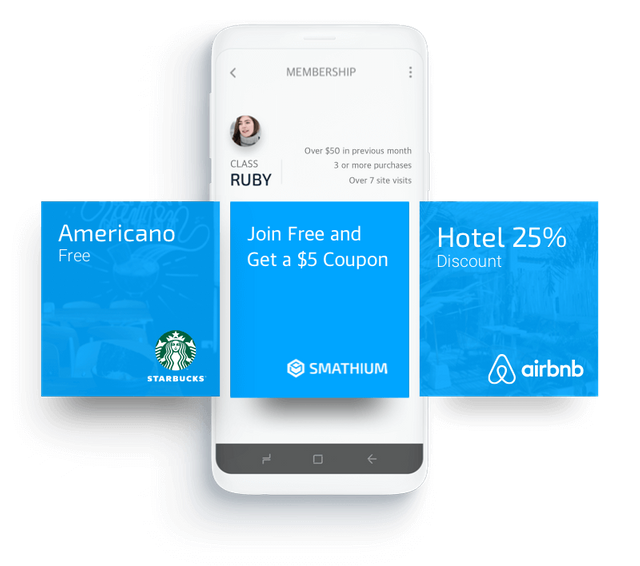 As you can see there are labels of Starbuck, and AirBnb two of the most famous establishment on the planet. This rewards from Smathium is almost same with other business app that has plenty of benefit and freebies. What smathium advantage is that token holders and users can be used for this kind of services. Cross finger Im waiting on how the app will work out. Only visuals are on the website and the app is expected to launch on the Quarter 2 of 2019. Technically their project will run on a smooth app blockchain which I think is most favoured by most people since we are in the era of mobile phones. This is the one thing Im positive with Smathium. In simple explanation for those who dont know about smathium platform. They are building a loyalty platform challenging the traditional way of loyalty program such as amazon, and other brands but cannot used the coupon and freebies without any hassle. Smathium decentralized application will be created to facilitate businesses of other merchants and they will be the middle man for those reward programs. Meanig they will create a token that can be uses for all services together with their affiliated merchants such as Starbucks, restaurants, hotels and shopping malls. 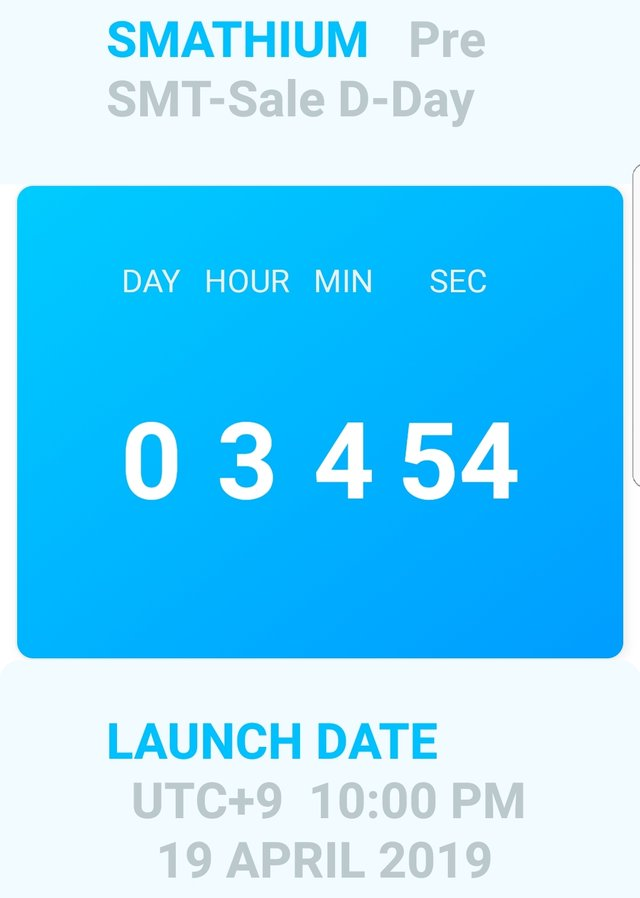 As of this writing, Smathium are few hours from the PreICO. Many already approaching with the event that will launch later when the platform is open. Also, this is a bold moved by Smathium having read an announcement made by Icodrops that one of the top exchange will list Smathium for an IEO once the pre ico is done. Hope everyone can participate with the event. Take note, PRE ICO price is 0.003 USD while the IEO is 0.006USD if you can purchase early as possible do it later. You know very well that if a project enters an IEO a possible increase on its price is expected. By joining the PRE ICO you can save more for this event. ICOdrops never posted not legit projects on their channel so I am sure Smathium will be successful. 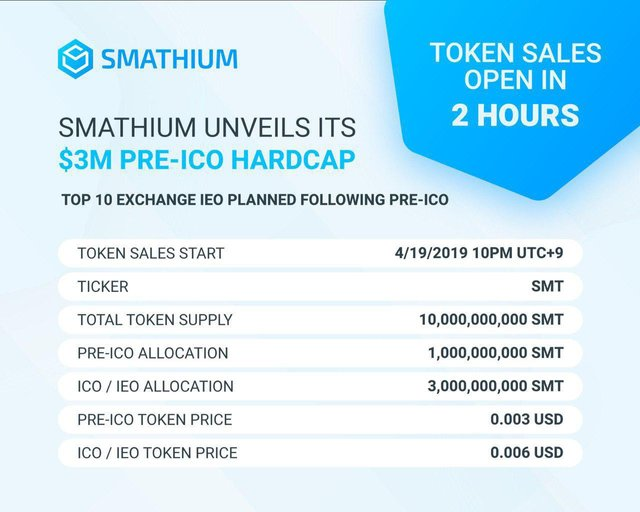 As a platform built on the protocols of the Blockchain, a crypto-currency would be employed to transact, relate and interconnect with each other in the form of a global community. The SMT token which has been programmed to work in line with the Ethereum platform will ensure right of entrée of both investors and participants, alike. Without argument, the project is a huge one.

For the user;
Prizes in crypto currency, which are not dependent on the success of the trade. Awards, which are valued instead of expiring
Easily reimbursable or redeemable in other liquid assets. Recommendations, rewards and rebates highly individualized and tailored.

For merchants;
Free Premium Software, which improves user loyalty and sales. Tokenization of autonomous loyalty programs and specific token generation platform for the merchant. Use of API to frictionally relate any of the loyalty-owned programs with SMT tokens or any other loyalty and rewards program. Free Recommendations API working in the block chain, managed by DAO.

SMATHIUM is a Blockchain intrinsic loyalty platform and ecosystem that empowers merchants to reward their customers' purchases, friends' invited and other configurable actions with crypto-currency without hurdles before now experienced. As a corollary, the bionetwork has an unconditional worth for the customers, as they get for their purchases through liquid Ethereum-based tokens, which can be converted for purchases or transfer to another crypto-wallet working within the diameter of the Blockchain. The price of the tokens is also set for growth due to the platform’s exceptional business, so these rewards may go up in value in the course of time, rather than expire like others, as research has shown.

The internal SMATHIUM Token, called SMT complies with the ERC20 standard. This is the internal currency that will be used to perform all operations within the SMATHIUM ecosystem. Customers from online stores participating in the SMATHIUM Network will get SMT as cash back - the percentage of purchases, referral purchases, shares and likes of their support in social networks and other specially configurable actions. Cash-back will be credited to the crypto wallet automatically created by the customer connected to the store via the SMATHIUM plugin.
For more information