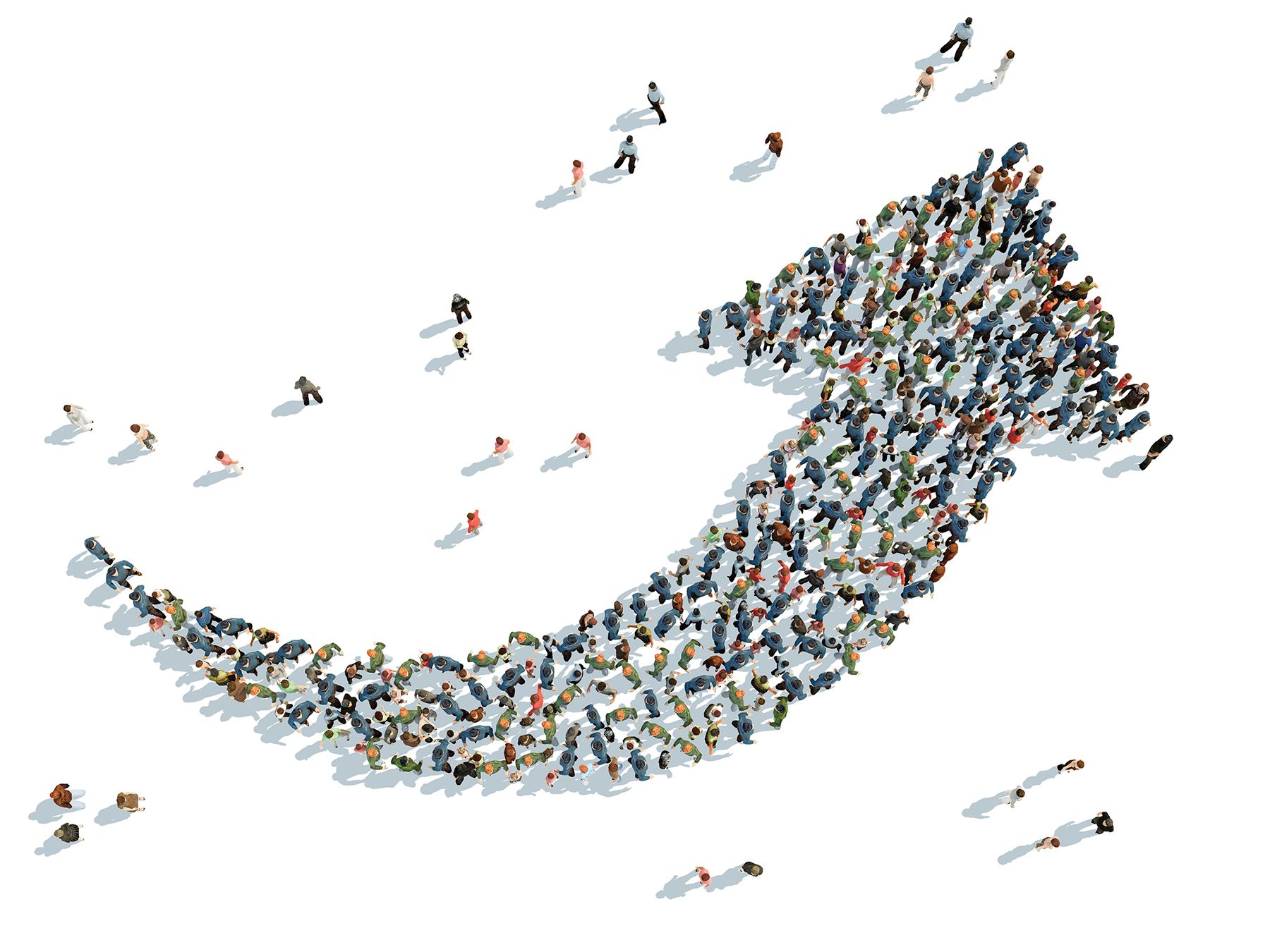 The way forward is through dialogue so to you bilingual who speak Russian & English here is your chance to not only be part of, but also become a very important ambassador for Golos.

We are about 3500 members, active super-users, investors, developers among our members and are known to be a NO-BULLSHIT NO-CORRUPTION community, a think-tank, a resolution-center for small and large problems.

Neither Golos nor Steem is perfect, but they both can be if long term thinking, smart tokens, power-delegation, decentralized exchange and many other things are implemented along the way.

Not long ago Steem had a big problem with dolphins and whales only voting for each other, resulting in enormous drop in price-value and invisible votes from most people creating a depression that lasted all the way down to 7 cents.

GOLOS investors lose big time not having the power to delegate GolosPower to partners and projects. Bloggers are losing a lot of money not having 7 days payout period on their posts instead of short thinking 24 hours which can make it hard to catch important news and properly reward the users for it.

When I look at Golos, I see a bright future - but to reach that beautiful destination it is important to distribute as much GOLOS tokens as possible to as many accounts as possible. NOT FOREVER - just long enough to grow the platform with more users, more people who will invest, more people to lift GOLOS, where GOLOS have never been before.

The way I have seen Golos centralizing power around special beneficiary clubs/communities is very short term thinking, and only create 3-4 fat new pigs. Pigs in financial terms means people who have rigged the system in their favour so they can get fat on other peoples work, and in Golos-Terms that means to send/sell articles off chain to Dolphins & Whales who publish it under their name & upvotes, and give a 20-50% to the author. Not exactly what the blockchain was designed for, so no surprise that this creates friction in the eco-system.

Every Website/Business/Blockchain succeeds when People succeed. And Golos should be able to handle millions of people but is not even handling 100,000 accounts because people are slow to sign up.... why?

Well, most likely because Generosity does not exist on Golos and if Golos becomes known for that, well then we have nothing left but a platform with less and less users, lower price, maybe even delisting from Bittrex, I have seen it happen before to many many many coins where someone got too greedy and focused wrong, instead of building a user base, they treated people bad and users left.

Not exactly what the blockchain was designed for, so no surprise that this creates friction in the eco-system.

Totally agree with you!

Конечно нужно больше пользователей, но тогда будет и выше конкуренция, а почти все бояться конкуренции. (Of course, more users are needed, but then there will be more competition, and almost everyone is afraid of competition)

Yeah, Golos is quite centralized now as I see. Hope after long-waited hardfork things will change;))

It’s a real problem when whales only voting for each other. How we can change it?
I’ve joined to SteemSpeak & Golos Discord as alenevaa.

The Golos does not grow because system is closed. Only chosen one are allowed to be paid.

And I hope can grow here :)

Thank you for all your support to me.

Golos is too close system now. Too small amount of people have most power. They control development and they can force implement changes into the project by voting for needed witnesses who will do whatever they say.

It's just dangerous to invest in such a centralized system.

Этот пост надо репостить и я подготовлю перевод для тех, кто не знает языка,чтобы передать идею!!!И приглашение @fyrstikken присоединиться к дискуссии голосом.
It is Great post and I will share it and also would like to translate to Russian! So people who dont know how to use translators can have understanding! It is very important to spread the thruth. And the invitation of Fyrstikken Ito join the voice chat to discuss further development of Golos and Steem,

@fyrstikken I've been a Golos user for alomost two months, and I do see some issues, too. But I'm not sure what the best approach would be solve them. Just for the record, not all the groups here are equal and not do all of them just plunder from the authors. I have some personal experience with a group which is a great support for its members, paying back at least 70% of the money earned and creating a healthy atmosphere for the members to thrive. My point here is that I do agree, things can be done better for the sake of users, investors and the overall future of the project. But it should be done in a smart and thought through way. You should also consider that Golos is a perfect reflection of the situation within the entire Russian sosciety, and things have always been done differently in my former motherland. Rocking the boat we are all in isn't necessarily gonna help. Just saying.

Underpaid minion №2. Who is happy to write unpopular shit for 70% of GBG.

What are basing your assumptions on? I didn't say I'm happy. Neither I'm underpayed. I simply shared a slightly different perspective and stated that creating a revolution-like situation without weighting all pros and cons doesn't seem to be a working solution, in my opinion. Besides, some people are just team players, there is nothing wrong with that.

We dont search a job at content market for 70% of GBG! We need decentralization!

That's awesome, I dont argue with that. But you can't just force it without causing some damage. Besides, if you don't want such a job, it does't mean it's not good. There are people who do OK and are happy. Im not taking about myself. Don't be so self-oriented. Please, consider other opinions. My upvote to read percentage is close to 40-50, even though I sometimes write long articles and post some of them via a group. Not like I'm a fan of such a format, but people do read the content if they find it appealing.

I fully agree with the fact that the Golos should increase the user base. One of the most painful moments is paid registration, which scares off traffic :(
Do you have a Telegram channel ? I would like to join, but do not use the Discord.

Nope, just join the steem speak channel and talk to all of us, it's fun.

Have fun without me)

I'll have fun either way.

Dear friend.
Only the flow of independent investors can solve the problem of decentralization. Writers will not raise this task. Attraction of investors is a task for PR people. But their efforts should be paid for by the whole site. And not a separate whale or group. "Voice-Friendship-Magic" solves the issue of finding and supporting such independent PR people. As well as paying for their services at the level of the blockbuster. If this topic is of interest to foreign investors in the Voice, then I will prepare a memorandum in English with examples. Good luck.

@mimocrocodil You know, I do not always agree with your ideas. But I should admit, this one derserves an upvote! I'm not upvoting literally though, cause it's financially unreasonable))))

"Voice-Friendship-Magic" gives you a scheme to receive a reward for PR. Decentralized and mutually beneficial

Lol, man. Our "HFmakers" are main creators of corrupted token - laundary fake communities. Like as @cyberfund, his CEOs and their minions. They pump up this monster - @vox-populi-gp to guaranted upvotes for pocket accounts with unpopular sheets of text.
This is Russia, man! They like corruption more than vodka!

What's interesting thing that @fyrstikken making the Power Down itself
for a long time "Incredible Expectations for HF17"?
So can we trust to this man? Or does he think we are blind?

@fyrstikken
Totally agree with you. Many users leave the platform in disappointment. Investors are afraid to invest because of an unclear situation on the platform. The authors receive scanty payments for their works. All this negatively affects the work of the platform as a whole. I want everything to go well as quickly as possible.
Sorry for my english, I'm using translate.google

They will lose in the end, if nothing changes. Golos has too much of a bright future for that to happen!

@fyrstikken System must change or die. It is life. We will help change Golos.

So long as there is not a linear, but a quadratic system of payments, everything will remain as before. Not without reason on Steеm it was replaced by a linear one.

@fyrstikken - @coinbank will be the first in terms of capitalization?
Now he is number 5 - http://steemul.ru/top/

fyrstikken I love you! Many thanks for you job and you optimism.

Thanks a million.
Your words are very wise.
It's a pity that you left the Golos

To fix this system with payments to authors 20-50%. And as well as accounted accounts. It is necessary to bring the system to the point of absurdity. To do this, you need to take a super powerful account where there is> 3kk then create 10 regular accounts to publish every day with them on many posts with cats colors and different nonsense and vote for these posts with a super-powerful account. The essence of the work of this scheme will be exactly the same as those of those schemes that work now on Golos. This will show everyone and developers, including the vulnerability of the operating system to such exploitation and they will be forced to do something about it ...