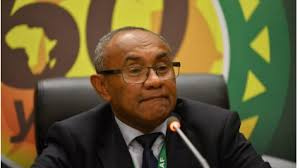 Ahmad Ahmad the president of the Confederation of African Football (CAF) has announced that the 2020 African Nations Championship (CHAN) will not come of in June, but didn't give an exact date when it would. The tournament was scheduled to come off in April, but was later postponed to June. It is now unclear whether it will even come off in 2020.