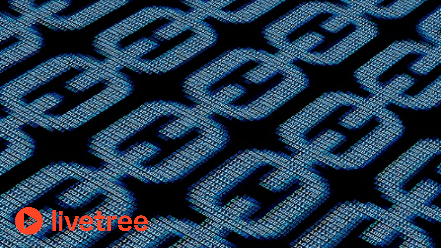 What exactly is data?

One of the most valuable commodities in existence is what it is.

An intelligent tracking system that follows our every move online and targets us accordingly. Just imagine, you post a selfie video of you with your new dog. Of course it’s adorable, and you like sharing it. But soon you notice that your news feed is changing. Miraculous, isn’t it? Not at all actually. Dog related advertising starts popping up, and you buy something. A shop has made a sale, and one guess as to who lands the commission. That’ll be the giant tech companies, the ones with the already impressively deep pockets.

Just imagine a monumental cloud of transactions, upon which the value of the digital economy rests. In total, we are being fleeced. According to our founder Ashley Turing and the influential American computer scientist Jaron Lanier, it’s a dystopia. “The whole world has become darker. The way humans respond the most intensely is with fear or anger. People who are afraid, people who are angry, they pay attention. We’ve created a whole civilisation based on tricking each other”.

Let’s return to the earlier selfie example. Data. Huge tech know a world of things about you and your friends, the least of which being whether you went to school together or that one of you has a new pet. There’s a much darker reality than that.

ALGORITHMS, the sequences that run the whole thing are always adjusting, delving deeper and trying to ascertain more. Your fears perhaps? Dying alone. Conspiracy theories. Alternatively, your penchant for cat videos. In a nutshell, micro-experiments with your data to try and find that minute variation that will keep you clicking and most importantly, buying.

You don’t just see your friends, you see other people, because the algorithm thinks that they’ll get you. They likely look a bit richer, thinner and more successful. At every moment the algorithms are busy at work, and the sole plan? To trick you in the future. We need to get savvy, quick smart.

In conclusion, this entire shadow economy that runs our world now and concentrates all the wealth into the pockets of huge tech is reducing your future, and would not be functioning without the data that it bases its value upon. Namely your data and everyone else’s. Data is fuel.

What’s criminal is the cold fact that you are giving it all away for next to nothing, and even more you don’t know what data specifically, and ultimately how it’s used. Imagine if you had the power to take pride in your data, and more importantly make it better for you and those around you. It can’t remain a mystery, and we can’t pretend that it’s inconsequential any longer.

Positive change will only come about if we reclaim control of our data and invent a different system whereby everybody isn’t stung in the first place. One with transparency, and one that benefits us.

So this is where the technical bit starts. Firstly, to consider a triangle. At one end of the triangle there is a publisher, seller or merchant. In the other corner there is the buyer, reader or you. And in the final corner there is the ‘middle-man’. That middle man could be Facebook, who returns search results back to you from the seller, publisher or post that favours Facebook. By using Facebook you have to agree to their terms and conditions. Now imagine if there was a way to separate your data from the platform. So effectively you could have your own terms and conditions and companies like Facebook would have to agree to your terms.

This is what we have been working on at Livetree for the last 2 years. We started off with the need to monitor who had watched what in order to pay our content providers. For example, we would with the BBC, they license us a film or TV show and when someone watches it we have to record that metadata and track it. They are subsequently paid royalties on each view. The technology goes further as we then take those viewing statistics and feed it into a wealth of algorithms we have created for recommendations and a number of other things.

We stepped back and started to see that we were creating a data audit trail. This trail could be used to monitor not just video views but could be utilised to monitor the entire web. Essentially creating a web-audit of your data.

In the next blog we will start to dive into how we built a protocol that is extensible and could revolutionise the entire web. It is based on Sir Tim Berners Lee Solid framework and a lot of learning from decentralised protocols.

The good news is that there’s a way to do it, upon which I’ll elaborate in my next blog posts.

Data. It’s one of the most valuable commodities of our time, yet we give it away freely. At Livetree, we think this needs to change.
To find out more, have a look at our article on Medium!