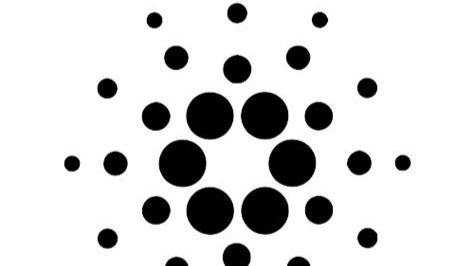 Right now in Project Catalyst Fund3 is at the end of the voting stage and Fund4 is somewhere in the middle of its lifecycle. Do you have an idea for proposals in Fund5? I think it's good to plan in advance and I even think that sometimes it's good to discuss the idea of the project even before the Fund starts. For example, if this idea about Cardano Jobs & Services proposal will be heavily criticized - I won't submit it.

Right now there are already a dozen of Project Catalyst winners who got funding and some of them will need to hire people, full-time or part-time. They will need to spend their ADA for growing their projects, for performing planned incentives. How many Fund winners will there be alone in 2021? This alone created a new market. There is demand and we can shape the supply. Of course, you know that Project Catalyst is only part of what's going on in the Cardano ecosystem. Such big companies as IOG (IOHK) and Emurgo might need some additional work, services. Stake pool operators might need additional services: technical, translations, marketing. New companies and startups will need additional services. You might need additional services and might want to pay in ADA.

Let's take my example. I'm far from being successful in the Cardano space. At the moment I have neither a big stake nor the recognition in the community (my Project Catalyst proposals got few votes, and a while ago Cardano Foundation denied my application for Ambassador in copy/paste way). But I have knowledge and experience. And thanks to them, even I had some work to do and earn some ADA: from people whom I know and people whom I don't know, i.e. from Upwork (yeah, I had to pay 20% commission there, so I would prefer to be paid in ADA and avoid this).

So both observation of the industry and personal experience made me come to this conclusion: there is a need for the Cardano Jobs & Services place. And what do you think?

If yes - there are different ways how we can do it. For example, we might try to integrate with some existing crypto-job site, like Anytask, Latium, or similar services from BitcoinCash community. This will be less costly, and can bring an additional audience to the Cardano ecosystem. Or we can integrate with some existing software for remote work and management (I had a conversation with one of the creators with such software and they are interested in crypto). Or we can build something from scratch.

Maybe you will think that it's not a good idea, or at least not good at this time. Or maybe you will think it will be enough to have occasional posts on Cardano Reddit or to create a channel in the Project Catalyst discord server. In any case, I would be happy to hear your opinion.

If you think that's a good idea - feel free to join the team. For example, I partnered with Boone Bergsma, and I will discuss this idea so maybe we can submit it via our Blockchain ventures team.

There might be different models of the existence of such small businesses. If we get funded by Catalyst - we might decide to give away 50% or 80% of profits back to the community. For example - to local Cardano hubs. But then which locations to choose? We can decide it in a DAO way by voting, or we can decide according to the supply/demand (i.e. if we see the service became popular in Brazil or Africa - let's fund the local hubs and community incentives there). Alternatively, if there will be some people willing to invest it in - then such business can start without Project Catalyst. Maybe I will be able to invest in it in the future, or maybe you will create something similar with your funds (then I will be happy to join the team, or just join this service as a user)