Book Review - "The Museum of Innocence" by Orhan Pamuk 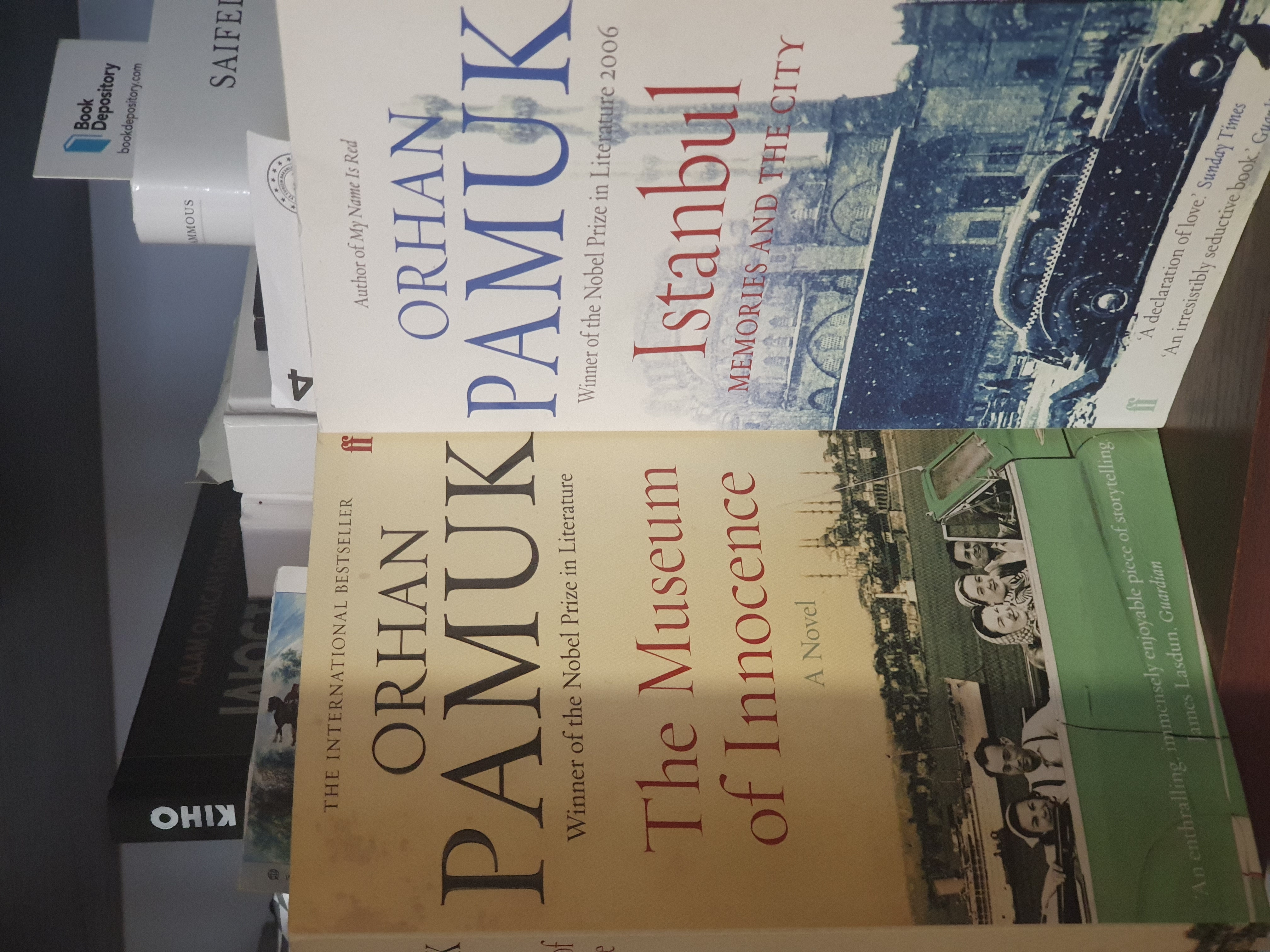 The last crypto conference which I attended before the quarantine was "Blockchain Economy" in February 2020 in Istanbul (Turkey). That time coronavirus was already a trending topic, but only a few countries implemented some additional measures. I was in Istanbul before but only a few days and this time I decided to stay around a week (2 days for a conference, and 5 days to explore the city).

One of the days I was walking near Topkapi palace and entered the museum shop. There were among all types of souvenirs books. I was a little bit tired of walking all day so I decided it's a good idea to buy some books and then sit for a while in a cafe, drink coffee and read. I bought even 2 books (you can see them on photo).

Orhan Pamuk is a Nobel Prize in Literature winner. I will admit I didn't read his books before, but of course I heard about him. Without my visit to Istanbul and without those few days of exploring the city and rediscovering it for myself, I wouldn't probably read Pamuk. The Istanbul is all-present in Pamuk's books, and not only in the autobiographical book "Istanbul" but also in "Museum of innocence" and many others. After buying books I went in the direction of Galata bridge, drank coffee near Galata tower, and then went exploring that part of the city in the direction of Taksim square. That part of Istanbul, which is so lively and so often present in Pamuk's books.

In "The Museum of Innocence" events take place in Istanbul between 1975 and 1984. The main storyline is the love story between the wealthy businessman Kemal and a poorer relative of his, Füsun. Kemal is engaged to a pretty girl named Sibel for two months when he suddenly meets a shop-girl, Füsun, while buying a handbag for his fiancee. What follows in the next month and a half is an intense and secretive physical and emotional relationship between them. And what's next - I won't tell, as maybe you are going to read this book. But I would say it's a deep and detailed book about feelings, suffering, and happiness depicted in the vivid atmosphere of that time Istanbul. Some of the events in the book are not predictable, while some happened to be like I expected. Sometimes author falls into big details and he has space - the book is around 600 pages (or might be more depending from which edition you read).

When I started to read I found a small map in the book, which shows the area not so far from the Taksim square. Not only the map is real, but the museum itself it real too and in each book copy there is a free ticket. I'm definitely going to visit it someday. What's even more interesting that Pamuk also puts himself inside this book (as I discovered in future - in some other novels too). Firstly he appears in the beginning of the book, when the big party for the engagement of Kemal and Sibel takes place. He is only mentioned there as of the guests, but at the end of the book he re-appears again to meet Kemal, to hear this story, meet everyone mentioned in it, and to write a book. This looks so real so it made me research later if this story is true.

Orhan Pamuk is really the Turkish Dostoevsky (one of my favorite writers from the past), the real expert of enigmatic Turkish soul. After reading this book, you will discover not only the streets, places, the history of Istanbul, not only political events or the atmosphere of that-day Turkish cinema, not only lifestyle of people but also the way they thought, lived, acted, struggled with defining identity and modernization of life.

Pamuk's books are very easy in reading. You can read them both in the silent atmosphere but even in a noisy surrounding you still will be able to be focused on the book story. I think the best illustration of my appreciation is that after returning I bought 2 more books: "Snow", "Silent House" and already finished reading them.

Last time I read more non-fiction books on economics, cryptocurrencies, and "The Museum of Innocence" was nice shift to the literature I read and admired in the past. Once you start reading - you won't be able to stop. So I definitely recommend this book to those who like psychological novels.