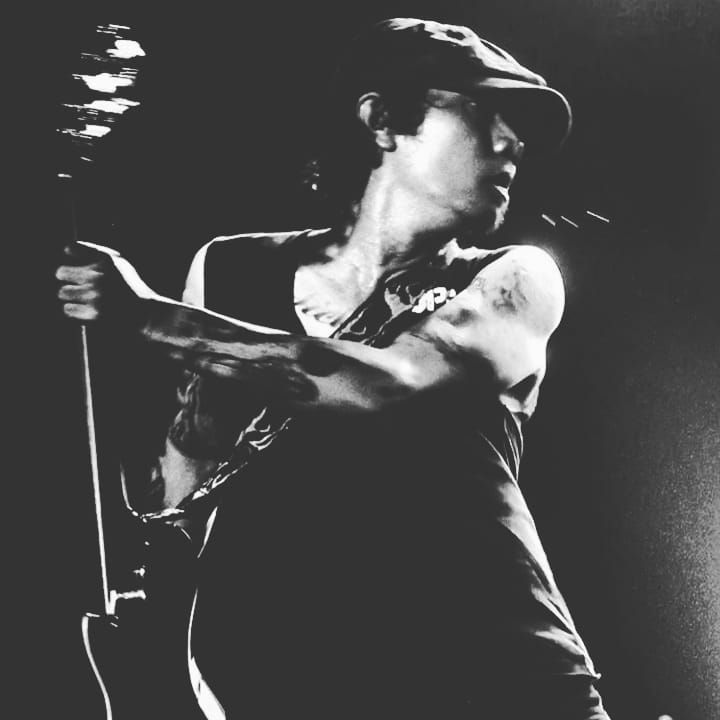 PUNK is one genre or genre of music that is said to originate from the British land. The type is included in the category of underground music, that is, it is not present for the interests of the industry in commercial trade-wide-commercial. True punk is a type of music that is very idealistic, as well as its adherents. They do not merely express their level of music in the form of songs, which are then recorded by one of the recording industries, then sold on the market. But rather, as a means to convey criticism or certain socio-political phenomena, deviations of government power and the arbitrariness of policy makers. For this reason, punk on his journey has always been connoted as an "enemy" of the "security" guards of the State

Punkers, as the followers of the punk genre, are often regarded as critics through their lyrics, and artisans "riot" through the agalitarian actions of their adherents - even though that is not necessarily true.
In its journey, punk then transformed into one of the increasingly commercial music genre. Lately, not a few punk bands who later chose to start the genre of punk music itself. Many punk songs were created and enjoyed by the commercial market widely. 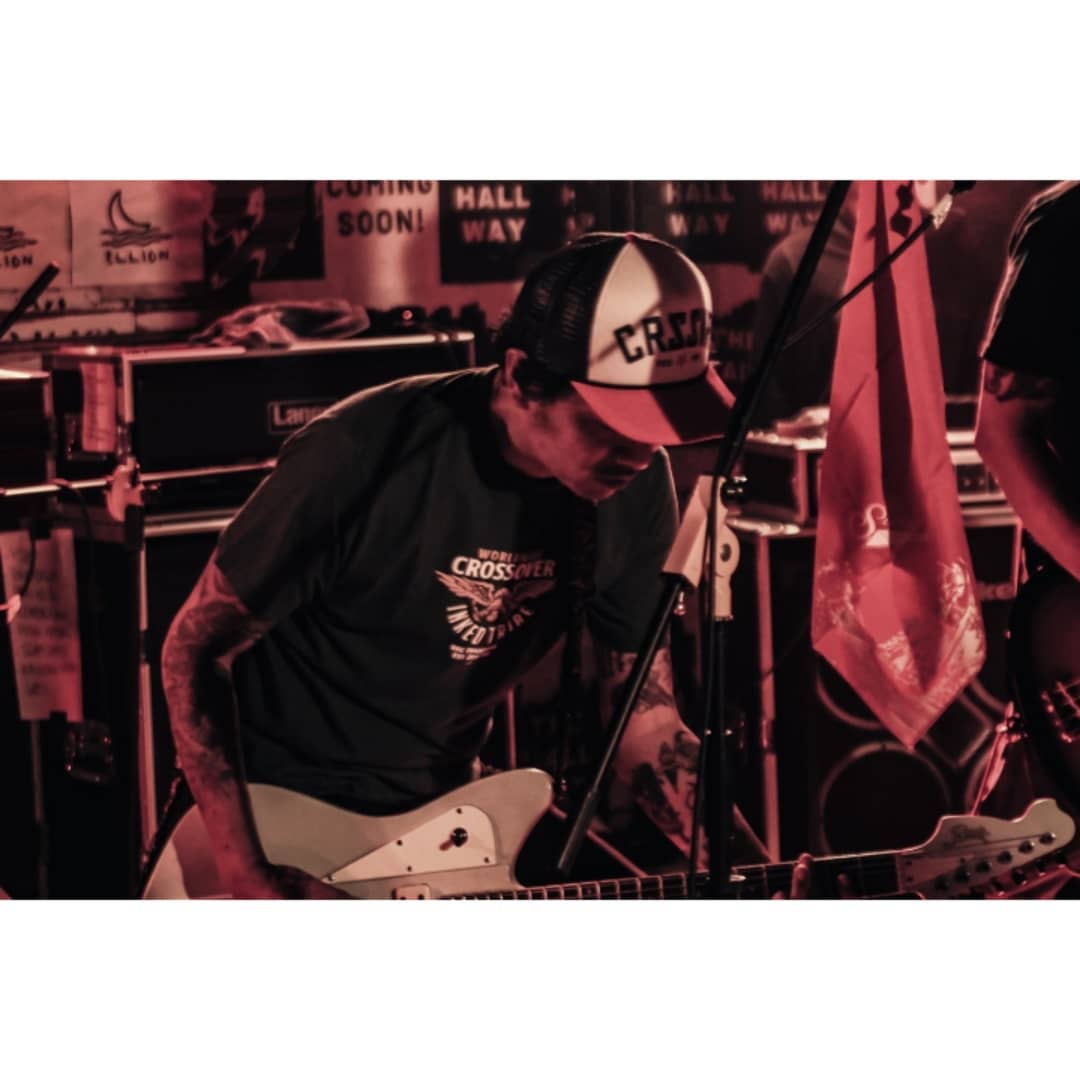 From year to year, punk music continues to change shape. What didn't change was the spirit of the rebellion. No wonder Greeen Day is the same as Sex istols, or The Ramones? What is the history of punk. If you look at punk bands now, most of them are young, don't you think ... that this genre is the same age as Billie Joe Armstrong. In fact, if traced, the embryo would have been there since our parents were still cute. In fact, the image of punk is very young. Punk actually has the same basic attitude as rock music 'roll when he was born in 1955, the music that belonged to the private generation of young people who rebelled against the establishment, which was guaranteed to be kept away from and disobeyed by the parents. When rock began to lose interest and was considered to be monotonous, there began to be rumors to create a new type of extreme music as a reaction against saturation earlier. From the unrest that punk flow was born. Unlike heavymetal for example, punk prioritizes the release of energy and confide rather than the technical aspects of playing music. The point is, you don't need to be very good, just okay and you can get a name out. Just so you know, the late Sid Vicious from Sex Pistols was famous for not being able to play. But people don't look down on him anyway. Even considered cool. Well, this looseness is the main attraction for the musicians of this flow. They mostly start by watching other punk bands, then think it's easy, I can too. Then they gathered together, made their own songs, and stood up by a new band. Then if it turns out that there are many bands that are centered in one location or city, what is called a scene arises. It contains people who have similar interests and views, who like to watch concerts of local groups and support them, whether they are promoters, make magazines (commonly called fanzines), set up a small record company to release singles or group albums those groups, or just to be diligent in hanging out. Normally they know each other, and those people are active again. In fact, not infrequently some of the professions above are held by one person. His hands more than twice! Well, since its birth, the punk movement is a series of scenes after scenes that have appeared in various directions, each of which has its own characteristics. Hence, the history of punk is better reviewed by discussing some of the most prominent scenes, one after the other. Until the 1950s, there were rarely artists or groups who played their own instruments. They usually only deal with vocal issues, while the affairs of song writing and playing instruments are usually entrusted to the experts. Vocal groups at that time practically obeyed the wishes of their record companies.
Then in 1964, there was a massive invasion from the British group to America. Who would be proud if it wasn't the Beatles. Seeing this new trend, Amrik teens realized that a group could do it all by themselves. Then in various parts of America, school children began to form bands and practice in their own garage. Because they were just learning, the music couldn't be that difficult either. They tend to learn from groups whose flow is simple but rocky, like Rolling Stones, The Who to Yardbirs, whose music is more focused on riffs and power, not the structure of songs that are meticulous. So when they in turn start writing their own songs, their music has a simple characteristic but fast or power, usually with a guitar riff that is repeated. But even though the form is still primitive, the music they created is able to arouse the enthusiasm of listeners. In accordance with the place of birth, people gave the nickname for the color of this music: Garage Rock (Rock Garage). Groups that were born for example The Standells, The Seeds, The Music Machine, The Leaves, etc. And from here was born the sound that later developed into Punk Rock. Entering the decade of the 70s, punk began to find its form as we know it today. 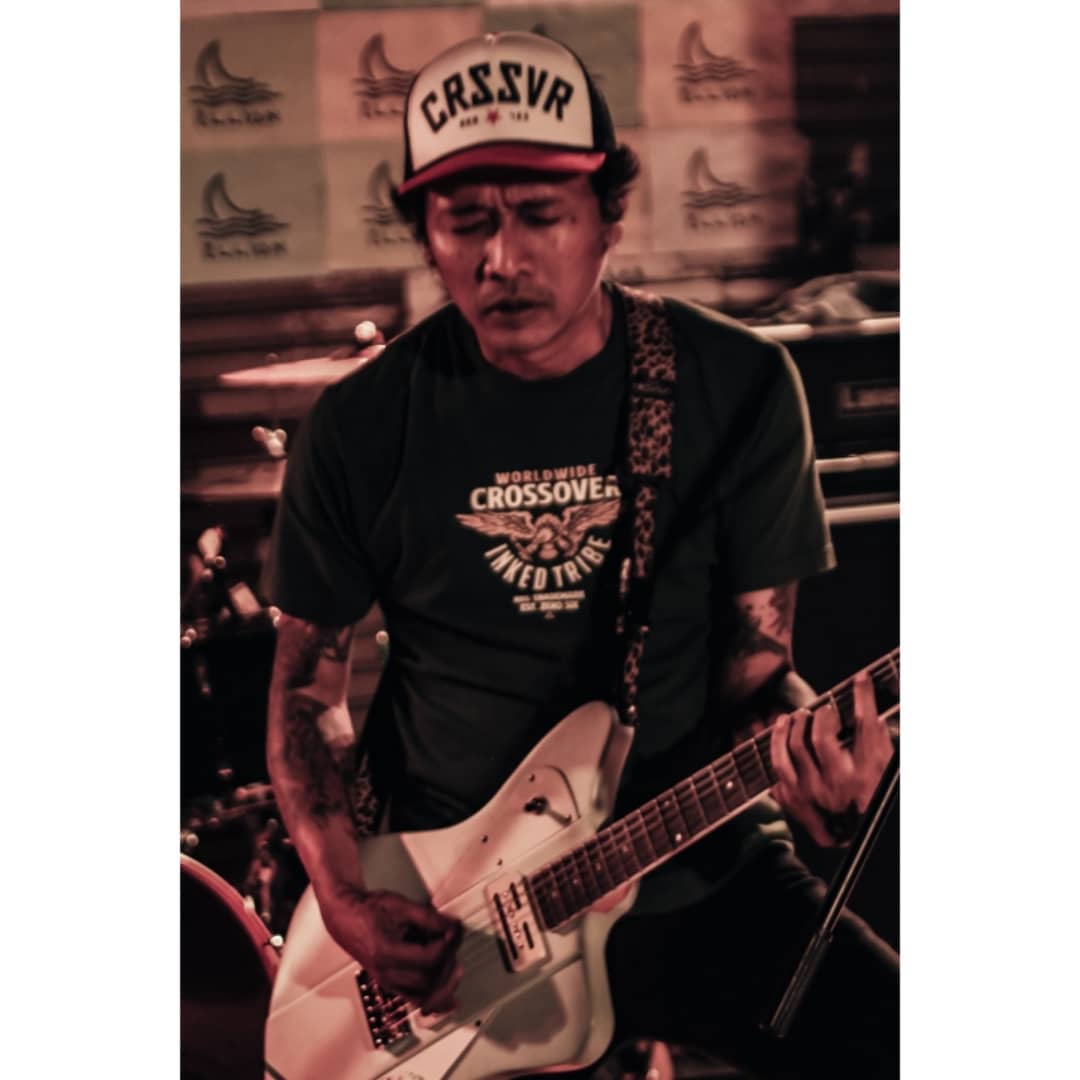 The characteristics of the rebellion were increasingly apparent, and all sorts of reckless stage acts began to emerge. From this generation of punk pioneers, there are two names that can be called the most prominent, namely MC 5 and Iggy and The Stooges. Iggy was one of a handful of punk leaders who continued their work until the 90s. And along with the birth of a new generation of punk rock, his name was increasingly recognized as one of the most influential figures in rock music in general, punk in particular. In 1975 new music groups were born such as Blondie who was snapping, Talkin Heads the Avant Garde, The Voidoids who struggled with a guitar, and the eccentric Dead Boys. And there's The Ramones. Ramones has an image like a cartoon character. Four street children from Queens who appeared fierce with leather jackets and faded jeans, like a gang. This mob stems the myth that they are one family. On July 4, 1976, Ramones held his first concert in England. Whether it's a sacred date or something, their concert left a deep mark on the young British people who watched it.
The concert was witnessed by group leaders who later spearheaded the rise of punk in Britain. Namely The Sex Pistols, The Damned, and The Clash. Sex Pistols and The Clash include new aspects in the development of punk, namely social and political protest. Both of these groups are the mouthpieces of frustrated young British people. They began to voice protests against all the injustices they see everyday. It's just that their approach is different, according to the background of each life. In the 1980s, while the era of punk in England came and went, the impact began to be felt in various parts of the world. Many countries responded to the challenges of the UK by printing punk groups which later also became local legends. Ireland, for example, has The Understones. Australia has The Saints. And New Zealand comes the name The Clean. In America, the latest wave of US punk musicians is not from New York, but California. This generation has the same influence from The Ramones and Sex Pistols. But it is quite different from the two mentors, they are very serious about living the basic principles of punk. For them punk is not just a genre of music, but also identity, lifestyle, even lifestyle and even principles. In southern LA, precisely at Hermosa Beach, a new punk metal group called Black Flag defends hiring a church as their training ground. This place subsequently became the center of local punk lovers' activities. The groups that were born here are more hardline than those in Hollywood. The appearance is more brutal, and the lyrics are more radical. Here was born The Circle Jerk, Social Distortion, Suicidal Tendencies, etc. While in San Francisco the punk genre was more political. Here are born names like The Avengers, The Dils, and the most dominant The Dead Kennedys. The DK staged strong protests against various things ranging from government policies to fascism. Their music is on the border between melodic punk and pure hardcore. New York also gave birth to groups that later enriched their music with other elements, such as Beasty Boys and Sonic Youth. And there is also The Misfits, who fled from New Jersey. In the late 1980s the seeds of second generation revival began to be planted in LA. A long time ago, at the beginning of this decade, in San Fernando there was a band called Bad Religion.
BR's grappling is partly because the average person does indeed "mess up". Because of their intellect, their songs often use words that make Americans just have to open a dictionary. Bad Religion is a band that spearheaded the founding of a new generation of California punk groups. Call it like Dag Nasty, Pennywise, NOFX, and later, of course, Rancid and Offspring. The Offspring Smash album in 1995 recorded a record as the best-selling independent album in history. While Rancid also recorded very high sales figures .unk has managed to prove its independence 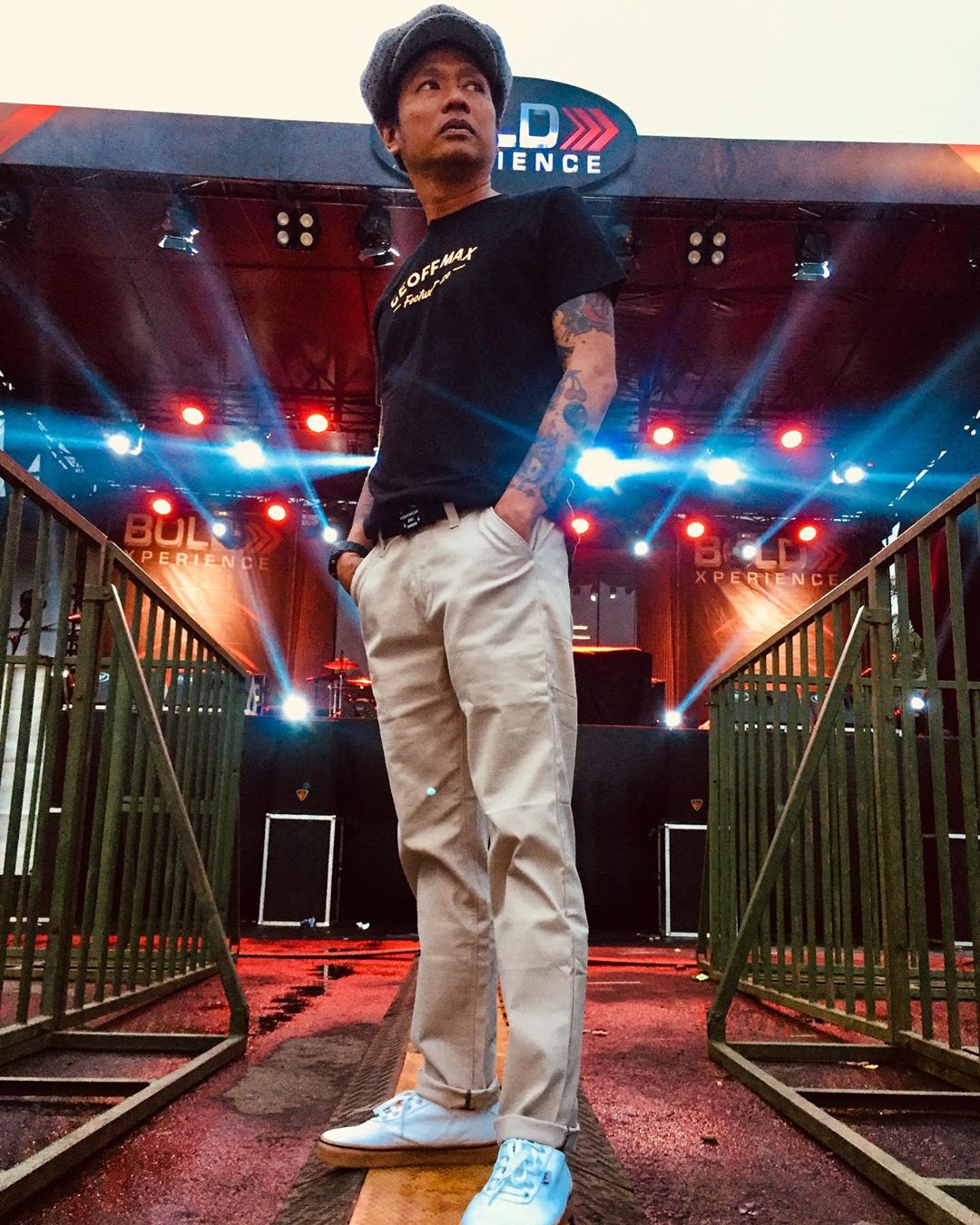 It turns out that punk has a lot of Sodara�. Starting from grincore, black metal, heavy metal, skinheads, even to ska. So, don't be surprised if they are like friends. The motto of equality (equality of rights) is highly respected. Now, so as not to get confused, here is the division of the family - according to Oscar (sorry must use a pseudonym), one of the true punkers. The more you know, the more you understand!

True SkinHeads (Left Wings)
Adheres to antifasis and antirasis. Declare war with right-wing ultranationalists and protect the minority, including gays. Black minority music such as reggae, ska and american soul are considered as their big family. Their music is very diverse because many cover a variety of minority groups.
Example: The Bussiness, Sham 69, Angelic Upstrats.
Characteristics: There are no special characteristics, but sometimes through boots and suspenders that indicate middle class and labor goals.

Still a large family of left-wing skinheads. They are the lower class people who protest by dressing like rich people. Growing up in England and Jamaica. Their music is like black rock and reggae. Popular through ska flow.
Characteristics: Suit suits, suspenders, beret hats, Cingkrang trousers (Rude Boy Style)
Example: The Selector, The Specials, Jimmy Cliff 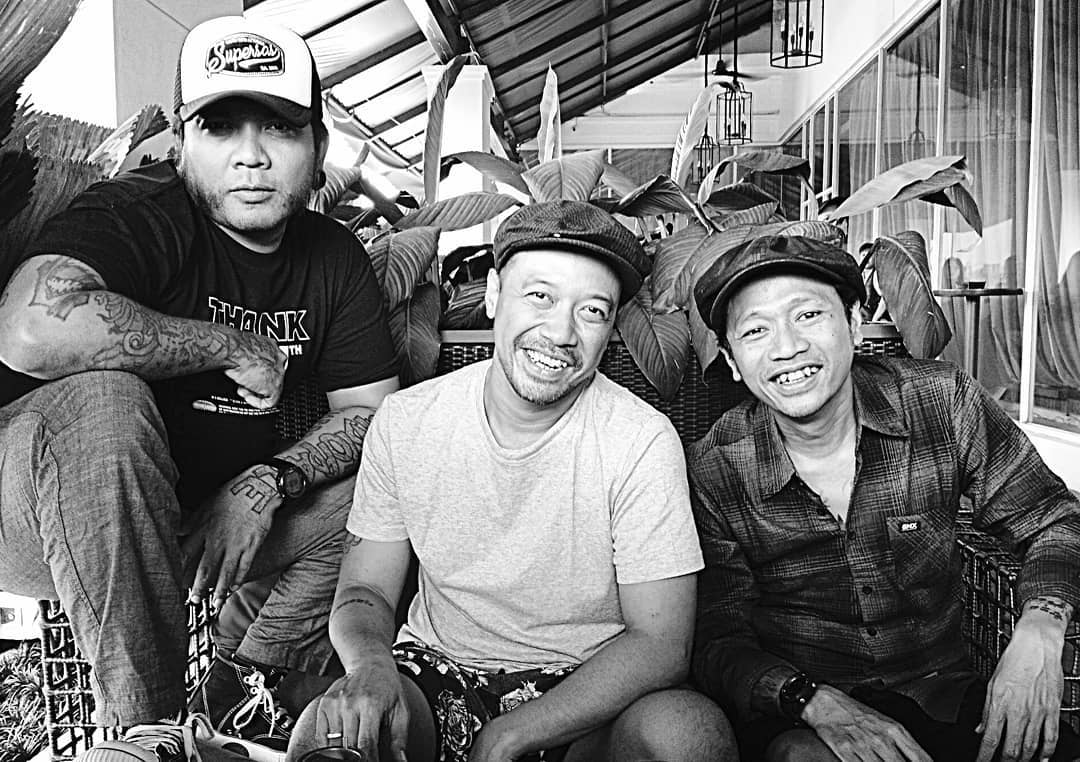