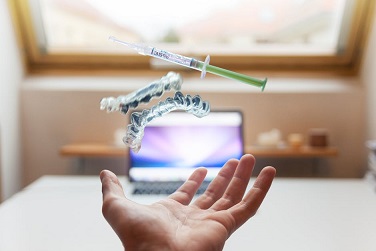 The distributed ledger technology is definitely changing this world, making literally every aspect of our life blockchainized. For example, an Estonia-based startup Orvium wants to put scholarly publications on the blockchain, thus, delivering the modern scientific publication industry from its numerous problems.

They are going to achieve this through their brainchild made of Ethereum smart contracts, decentralized storages, Big Data processing, machine learning, and cloud computation. The result of their efforts will be a multifunctional platform, capable of processing, validating, disseminating scientific information and research results – for the sake of the global research community.

This is an open-source decentralized infrastructure to manage the lifecycles of research letters and relevant data. The mission of Orvium is to revolutionize the obsolete publication business model by bringing copyright and license powers back to content creators and institutions rather than to centralized publishers. With Orvium, scientific organizations and researchers will have an absolute control over an entire lifecycle of their manuscripts and will be free to establish their own prices and usage terms for materials published in the network.

Orvium will solve a plethora of inefficiencies sabotaging the scholarly publication market such as:

Obviously, this solution will be helpful for researchers, reviewers, educational institutions, and regular users, who are interested in science.

Once again, Orvium strains after growing into a worldwide platform for research workers, scientific organizations, and professional editors who will orchestrate a full lifecycle of academic papers, and support a global research. The lifeblood of the platform will be its own currency – the ORV token. Apart from an obligatory registration with the platform, users will also need to stake some amount of ORV tokens to perform different actions, including:

Their ICO dates are not finalized yet. It is only known that the token sale will be managed by Bitcoin Suisse. If you want to, you can sign up and do KYC right now. They will sell their ORV tokens at a price of $0.10, with their expectations to raise $20,000,000. The overall token supply is ~379M ORVs.

Orvium is going to put science and associated data on the blockchain. It will essentially be an open source decentralized smart digital framework to manage every instance of a scholarly publication lifecycle, from creation to reviewing and amending, where every action performed on the content will be recorded and stored in the blockchain.

The mission of the project is to win the title of the most preferred platform for scientific publications, combat problems of the traditional scientific publishing business, and facilitate dissemination of scientific knowledge. Given the seriousness of their initiative, having no concrete timestamps for an ICO is a warning shot.