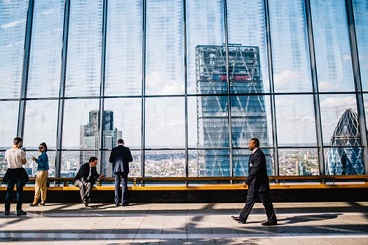 Every crypto investor knows what the mess it is to pick up a right ICO to pump money into. The ICO startups sector is very specific and it is still evolving with dozens of new players entering the race every single day. Investors have to do a lot of research to sift out ICOs with a real potential from ones which are deemed to failure or which are a real scam. Emerging ICOs oftentimes raise doubts in contributors because:

ICOVO is going to address these issues by nurturing healthy ICO startups and empowering investors’ decisions.

ICOVO is an ICO platform aimed at guarding ICO funders at every stage of dealing with a project. In a real life, when a new cryptocurrency project finishes their ICO, its team may use the raised capital dishonestly or even escape with these astonishing sums of money, throwing investors under the bus and leaving them nearly (or literally) bankrupt.

ICOVO wants to disrupt this bad practice and make cryptocurrency investments safer and more transparent. This Switzerland enterprise is on a mission to develop a single global standard for ICOs conducted by blockchain companies.

ICOVO utilizes DAICO as the basis for their DAICOVO smart contracts. DAICO is meant for decentralized token management and was initially offered by Vitalik Buterin as a bunch of decentralized methods to ensure an honest behavior of ICO holders and make them deliver on their promises to the sponsors and users.

The idea behind DAICO is that such a model does not allow ICO teams to withdraw all the contributions collected during the initial coin offering at once, but sets some time and amount limits. Put it simply, DAICO is a smart contract, which gathers (say, freezes) money, raised during all token sales, and returns it back to the project owners in small portions and only after they fulfill promises stated in their roadmap.

If a cryptocurrency startup fails, the remaining capital is distributed among the funders involved if a consensus is reached. Such an approach is applicable to all ICOs that use the ERC-20 standard tokens.

Inspired by the DAICO model, ICOVO introduces its own open-source DAICOVO smart contract that will support an entire ICO lifecycle (from token designing and issuing to listing on the exchanges and managing) and protect contributors from getting into hot water.

How exactly will It Protect Investors?

There are a number of real ways of how this solution is going to secure ICO sponsors:

What makes ICOVO a credit is that they already have a minimal value product (even two products, to be specific). Such as DAICOVO smart contracts are released on GitHub; the ICOVO mobile app can be downloaded for Apple and Android devices

The ICOVO ecosystem is supported by the OVO token. This is a utility, ERC20- compliant token, allowing investors to enjoy a 25% discount when purchasing ICO startup tokens with OVO compared to buying coins with ETH. All other services proposed by ICOVO can also be paid with OVOs, including obtaining voting rights in the Tap system mentioned earlier. Tokens of ICO startups can be bought both with ethers and OVOs on the ICOVO platform.

The most significant dates to bear in mind are their pre-sale launching on 24th September 2018 and finishing on 8th October 2018 (huge token bonuses up to 40%!), and their crowdsale scheduled November 1 – November 30. To participate, you must get whitelisted first.

Frankly speaking, I am very skeptic about most existing ICOs due to many obvious reasons, but I do want to trust ICOVO because it seems to the only cryptocurrency initiative on the blockchain terrain to take care of ICO investors. ICOVO inspires confidence; their mission is clear and laudable. They already have two products released to try and take a decision about investing. Do not take my opinion as an investment advice but just know, ICOVO is one of a few crypto startups which I really like and not for nothing.