Yumerium: one who earns is always in the game 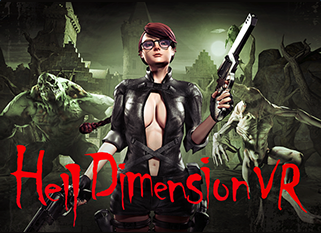 There are a lot of games, and according to that there are too many people who want to play. And yet, it's hard for developers to find a client. Why is this happening? And how will the new Yumerium project help to solve the imperative problems of the game market? We will try to consider this project very briefly, but in depth.

How many problems there are?

I mean, at the current market of games - control over which is concentrated centrally. Probably there are more of them, but I found at least seven. Here they are:

How will it work?

The sphere of game development annually brings billions of US dollars, but they do not always reach developers, a juicy part of them go to their agents. A platform with decentralized management will mean transparent payments without commissions and should be equally useful for game developers and users. Gamers will be rewarded for the reviews they write about products, as well as for posts in social medias.

The platform will have its own blockchain system and YUM token system. Tokens can be earned for any activity within the platform. For example, I wrote a review of the game and made a screen-video for YouTube - my money-token was dropped into my account. Tokens can be converted into a fiat or withdrawn on a card. And you can pay with them during the game, buy goods in the online store too. In a word, imagine that you are playing an online economic game. Actually, the number of supported games is limited, but it will grow. And those of them that get the highest rating by votes will have access to the Marketing Funds to use them as an initial capital for the future promotion.

I will add that for the promotion of the project the creators want to attract a large number of celebrities and bloggers. Their appearance should ensure the popularity of the project and bring new customers.

In fact, Pre Sale have already passed in the period from April, 1st till May, 23th. But the main sale that will tell us more about the prospect and foresight of the project, is still ahead – it starts on September, 26th. Hard Cap is already fixed and it makes 20 millions USD.

1 YUM = 0.1 USD. There is 50% of all released YUM put on sale. Also, within the ICO, identification will be mandatory. The funds will be distributed as follows:

Below is a screen shot of Yumerium Road Map:

And it would be unfair to forget to mention the team of this project, in which almost all the Japanese. The creative director is Fukuta Kanji, and the crypto engineer is Haider Abbss. Here is the list of consultants:

I can not rank myself neither as game developer nor as gamer. However, due to my specialty, I constantly follow the development of such projects and I must say that this direction has a future. People played, people play and people will play. And even more so if it brings income to both developers and users. Therefore, I will at least occasionally glance at the site, the link I cite below also for you. Thank you for attention!