Usechain mirror and how it works 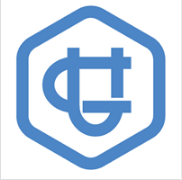 Today we will review the platform, which would be a mirror identification blockchain. What is its usefulness and know-how for crypto currency? And why does this platform stand out among hundreds of scam projects?

And they have accumulated enough! Once the appearance and rapid growth of Bitcoin stirred the market. This was the birth of not just a new era of technology, but a new way of exchanging between the people. The tempting idea of a decentralized creation of e-currency seemed to be a great alternative to the US Federal Reserve System. Then appeared Ethereum smart contracts and built a bridge between virtual coins and their use in the real world.

And then the market began to fall. And all those investors who vied one after another about the prospects of Bitcoin had to admit that the crypto-currency technologies had enough problems:

The year 2018 has become a landmark for the emergence of many revolutionary solutions based on the blockchain, where Usechain can truly become a friendly system which improves the performance.

Definition and features of Usechain Mirror

This blockchain must increase the bandwidth and make the platform user-friendly, according to developers. Foundation stone here is identification of IP addresses and their binding to real users. Transparency is very good for entering the market of loans, insurance, banks. Do you understand what we're driving at?

Usechain is a mirror identity based platform. This technology, while maintaining anonymity, allows you to map IP addresses to solve trust problems.

The architecture and implementation tools of Usechain contain:

Among the goals of the project are those that sound too futuristic. For example, mining of coins with mobile devices.

I would like to believe that everything these guys have planned will come out. Then the mirror identity can be applied in the financial sector. For example, in current electronic payment systems and IoT solutions. Perhaps, insurance companies and lenders would also be interested in this tool. Depends on the activity of the blockchain Usechain and its successful promotion. The developers declare their readiness to create their own decentralized exchange for trade in crypto currency. Its level of stability and security would be high.

Interest in the project and his team is rising up!

The Token Sale didn’t even begin, but about the interest in the project says the number of participants in Telegram (60 045 when I followed the chat) and Facebook (1960 persons, very good for this social network).

And who is behind all this? 8 managers and 6 advisors. The number of experienced professors and specialists in IT, finances and marketing is sufficient to move such a big train. At the head stays Henry CAO, his brother is among the advisors. They all look like one big family from China. In a good way ☺ but in general it is a Singapore project.

They have built the strong partnership with the media: Yahoo Finance, Albany Business Review, Cision, Market Watch, Yam and others.

UST is the working title of the new token according to the Ethereum ERC 20 standard. The Token will subsequently be assigned to the developers and active supporters of Usechain within the bounty campaign.

The Usechain project is currently at the alpha stage. The beta version will be launched in the near future. On the RoadMap there are beautifully and vaguely goals marked, as by other blockchains. No specific dates! Though I will bring it here:

After all we can go on and on! But it is already obvious that the Usechain platform will make useful changes in the process of verification of personalities. After this, there will be no need in the services of espionage and expensive multi-level systems. By the way, I deducted this from their WhitePaper: according to the research from CTRL-Shift, the cost of identity verification processes exceeds 1 300 000 pounds per year only in the UK. Who pays? Taxpayers!

Will the platform outperform the Ethereum ad Bitcoin's secure identity? This will be a historical moment, and he worries me. So I'm following the channels Twitter and Telegram right now. Would you too? By the way, channel administrators are very friendly people and always answer in PM.