UChain: your blockchain for the Sharing Economy 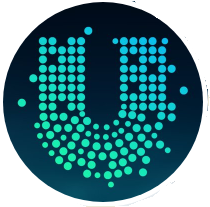 In the spotlight of my blog today is the decentralized platform for fast and safe development of dApps (decentralized applications). The basis of its work is a chain with a block infrastructure which provides simultaneous access to millions of users. The network consists of one rank, the data is stored on the users' servers. Inside UChain (the name of this project) operates its own system of tokens and a credit passport for each user.

The problems to be solved

API and SDK developers often complain that their applications are too expensive or are hanging for too much time at the promotion stage. This is because the market with specific management bases has resisted a lot of problems:

The UChain blockchain will work autonomously on peer-to-peer protocols. Their task is to solve all the problems listed above. Namely UChain project exists to provide round-the-clock access without interruptions, to check each user and to cancel the commission. And if that suits you, you are on the right track over here.

User's credit passport and security in the system

Conducting transactions in one rank will reduce the commission by almost 20%. The only thing is that we will have to wait until the token deposit will be "defrosted", but this will happen quickly.

Transactions in the system will be based on smart contracts that provide legality and authenticity. In the chain of trust appears a new tool - credit passport, which will be open to all exchange services. Only after being identified, users will receive an "identity” or credit passport in the system and will be able to make transactions without "freezing" the deposit.

We know that blockchain systems guarantee a high level of security when accessing user data. Which is written and distributed in a variety of stores with a private for each user key. So if one store is hacked, this does not mean full access to the information.

The main secret "weapon" of UChain will be a consensus mechanism, which is strictly different from the already known proof-of-work (POW), proof-of-stake (POS) and others common mechanisms. Transactions will be carried out 2-3 times faster. The essence of the algorithm is that the nodes will ping each other, defining the leader and synchronizing the database with him. Is it difficult to become a leader? You need to get the highest amount of votes, and it's almost impossible for hackers to do it.

The mechanism of encryption and smart contracts

Data encryption will be performed using the Elliptic Curve Cryptography system, which you can read more about in WhitePaper of UChain. As for smart contracts, several users will participate in their development, through the P2P network.

It was founded in Vancouver, Canada. Although already now offices are open in southeast Asia. The team is called U. B. Group Holding, and there is already a well-known service for the exchange of bicycles – “U-bicycle”. It exists under the leadership of Ian Yu, Grace Min and by the development of Will Zhou, and currently there are more than 30 million registered users.

The platform recognizes two tokens, the main will be UCN, accepted as payment and existing as an investment. The second token is UCP, it gives the holder the right to vote and raises the reputation, but it is not traded during the ICO. That's what I took from official sources - there is no information on ICO on the site, which somehow confuses. No reason in particular, ok:

UCN token is based on Ethereum platform

Amount of tokens per Sale 40%

So far so good. Where will UChain allocate the tokens?

The site is provided with little information about the operation of the platform and its technology. I didn't find Open Source on sources such as GitHub and it confuses me. The team is ok but most people I didn't see in another famous blockchain projects, although if you look at the strong advisers (from APEX, Red Pulse, Ledger Capital), your doubt will decrease as well as mine one. And in spite of the fact that some of the blockchain projects can realize some of the opportunities faster, they still have their audience, so whatever is to be will be. Always do your own research before investing.