Spotcoin: Do not confuse with the CoinSpot exchange! 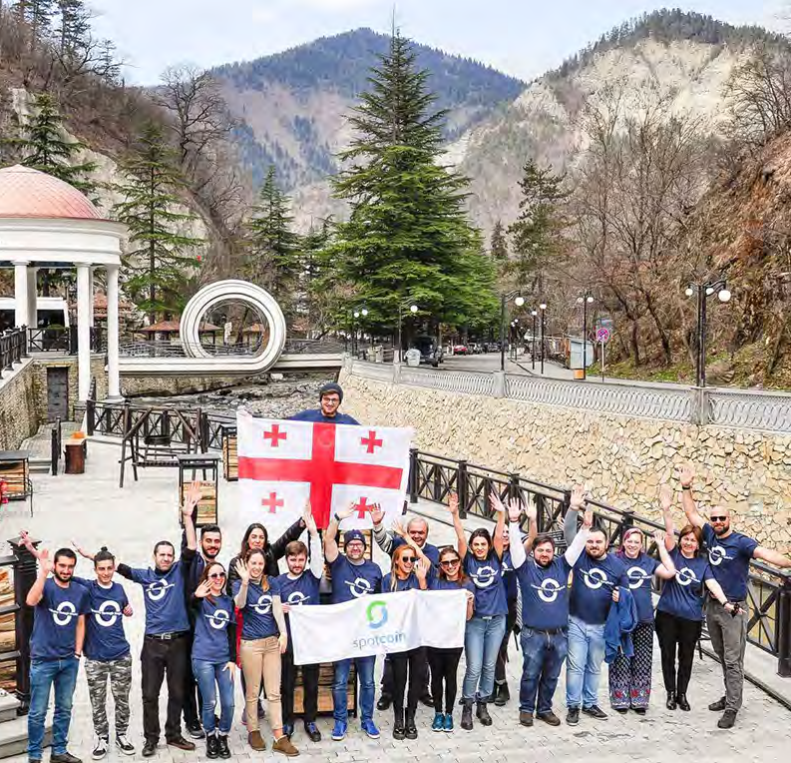 But what is going on with the fantasy of that blockchainers? They just could not think up the original name, but oh well! That’s why Spotcoin accidentally fell into my field of vision, while I was looking for the one mentioned in the title. And since nothing happens accidentally, I take this young project for today's review.

Into the swing of things ...

Spotcoin is a crypto exchange, the creators of which promise "make all crypto-currencies work for everyone". The project originates in Georgia, here is placed the OTC - an over-the-counter clearing house that ensures liquidity of the funds within turnover. Itself it has not yet appeared on the market, while ICO of Spotcoin will be announced soon to finish collecting the funds.

Values ​​and ideas of the project

The goal of the team is to create a globally accessible but at the same time independent digital exchange that provides the same services as banks. So far, we are talking about the service in 10 countries and $10 million volume of trade, but these figures are expected to increase soon. The project involves China and Eastern Europe. There is no bee’s knees: the idea is as old as the world (sorry, as a blockchain): to make the relationship between all market participants transparent and equal.

In addition to trading in crypto-currencies, there are investments via Spotcoin in a number of mining companies in Georgia.

There are two people at the helm of all - Andrew Thornhill and Guram Rukhadze. By the way, Andrew is the creator of the Global Clear IT system, which was implemented back in 2005 and became the basis of the new gateway created by RomCard. Now this gateway owns more than 85% of all Romania's commercial activities on the Internet. And Guram worked as a head project manager at QIWI, which is the leading provider of next-generation payment services in Russia and the CIS. The project is implemented by them, but we must not forget about the rest (all citizens of Georgia, except for CEO Timothy Gick).

At the time of my inclusion in the subject, Pre-ICO was already closed, now let me see ... Damn, they gave just 2 days on it!

Unlike most of the blockchains I have considered here, Spotcoin based its token on the NEO standard (NEP-5), a non-commercial and open source project. Payments on investment are pegged into USD at the current exchange rate.

In general, the SPOT token has a very good price, during the ICO period, it is equal to half the dollar:

If everything goes according to plan, dividends to holders of tokens will reach 51% of transactions on the exchange and will be paid weekly. Payments can be made in NEO, BTC, SIB, GAS purses, withdrew on credit cards or accessible in fiat equivalent. Also, the team provides protection against "money laundering", so every investor must first join the system "Know your client".

As you can see, out of the released 99 million tokens, 66.7% will go on sale, and the rest will be conserved to support the team and for reserve. By the end of the ICO, everything that was not sold should be "burned". And if Soft Cap in amount $1, 000, 000 will not be reached, then, after deducting the transactions, you will receive your investment back. A controversial issue: very few tokens are allocated to legal regulation. What happens if the soft cap is not reached, or if the reserve will be depleted?

By the time the OTC exchange is launched, a full set of tools for managing crypto currency will be available for full-scale work. Including OTC payments and other transactions, mining and access to other markets. All this can be done with a single Spotpay account. Mainly you could work with the following currencies: GAS, BTC, ETH and SIB.

All processes, including negotiation of transactions and verification of balance on purses, will pass through the engine of Spotcore, here's how it will look:

By the way, about the mining: the energy for 2,250 microprocessors carrying out this work will be taken from a renewable energy generator with a capacity of up to 25 MW. There was invested $3, 250, 000 in this machine.

Conclusions about achievements and future plans

2018 became productive for Spotcoin. The project team grew from 3 up to 27 people. Also 10 professional mentors were involved. Pre Sale campaign passed successfully and in a short time, and it is expected that the ICO will bring a collection of necessary funds. By the way, there is no exact date of ICO yet. Other things here are wonky too: there is still no beta version, the product itself is at the development stage, and the Spotpay launch is planned just for 2020. Will the interest of investors be so long? The Black Sea blockchain summit, scheduled for the second quarter of 2019, should already give the answer.