Egretia: HTML5 plus Blockchain. Will It Work?

HTML5-based games and apps are becoming more and more popular. This web development system lets specialists create multiplayer adventures that can be played both on PCs and smartphones without installation. They are challenging, dynamic, and with high-def graphics. Thus, HTML5 is particularly attractive for both developers and gamers, and its integration with the blockchain workflow was just a question of time.

At least, that's what the creators of Egretia think. This platform interconnects HTML5 and the blockchain engine into a single self-developing system. The core aim of Egretia is to propel 200,000 developers and 1 billion HTML5-based gadgets into the self-sustaining and flexible blockchain world.

Egretia and Its Business Model

According to the plans of the team behind the project, this ecosystem will cover a wide range of web industries, from mobile games and videos to advertising, trading, and data storage. The purpose of Egretia is to eliminate the bottlenecks that are still limiting the possibilities of HTML5. For instance, the software provides developers and users with the unified secure payment solution, so that they could easily perform multiple transactions via certain currency.

Here are some other targets for Egretia: 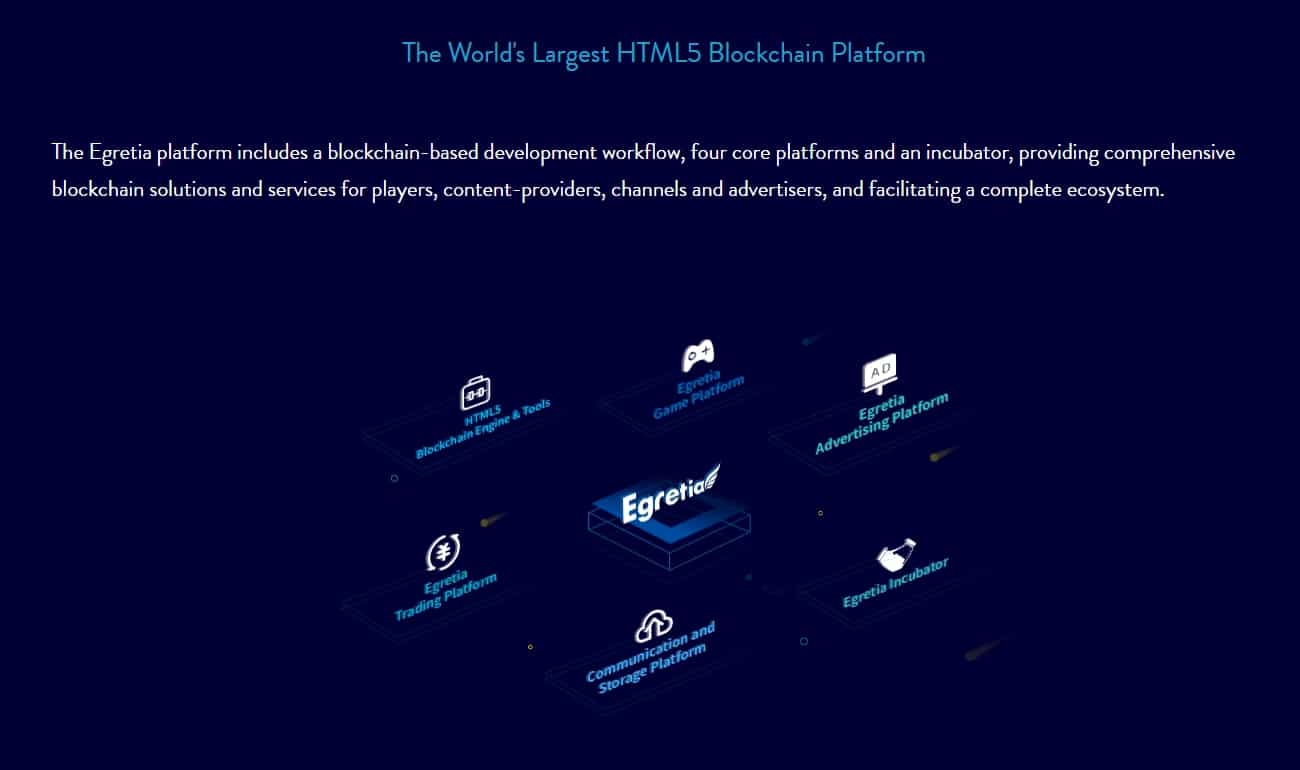 For Whom Is Egretia Designed

Again, we can’t but agree with the projects’ creators that it will be useful for the following groups of people:

Apps and games developers. In this ecosystem, they can quickly create multiple blockchain applications, using a rich choice of tools for game distribution, advertising, storage, and so on.

Players. On the official Egretia DApp, users get the opportunity to play HTML5 games, make payments, share their favorite adventures with friends and get rewards for that.

What Are Egretia’s Strong Parts

The developers of the software promise that their system will have the following list of advantages. It’s worth noting, however, that the platform is under development at the moment and it’s hard to say whether it’ll really have all these benefits:

Based on the PoS mechanism, Egretia’s public chain will enhance the HTML5 game performance. Using the layer of blockchain and the instruments of Egret, developers will easily design and launch blockchain-oriented DApps.

Egretia’s public chain will use the technology of PoS as the consensus mechanism. Thus, this system will be working on the same principle as a board vote: those who hold Egretia Tokens will control certain nodes via the mechanisms of bookkeeping and user verification.

The technology of concurrent processing power will let the team behind the platform optimize its performance to address the game industry needs. With the high transaction velocity and increased scalability, Egretia will support over 2000 transactions – and that’s just at the initial test chain.

The developers promise that they’ll be able to adjust and improve the system’s parameters in an online mode without the need of bifurcation. The whole ecosystem will be changed via user voting in compliance with the consensus mechanism.

The system will integrate JavaScript, TypeScript, HTML, and CSS, supporting a wide range of languages frameworks, like C++, AngularJS, Go, and others. Equipped with the mechanism of Smart Coding Assistance, Egretia will feature intelligent code completion, reference and search aids, etc. 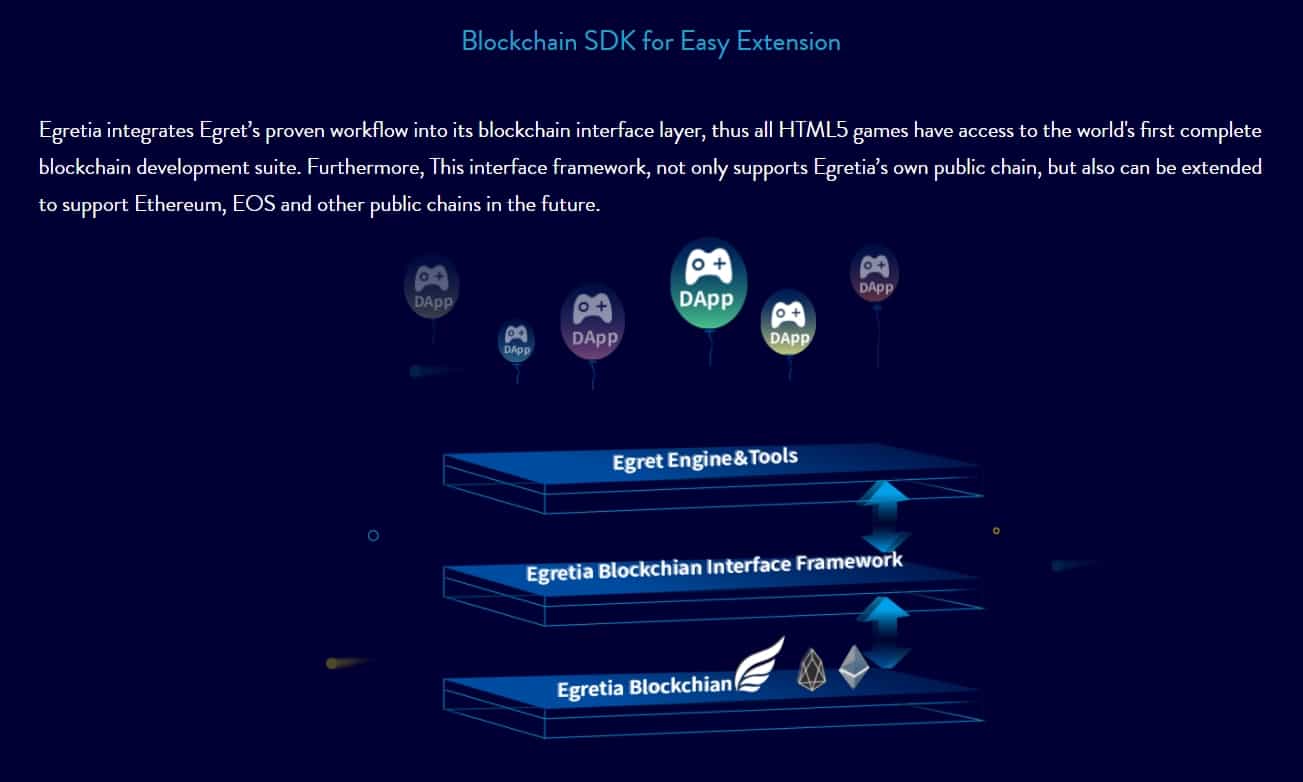 Tokens, ICO, and Other Finance

The currency release will be conducted in 6 weeks after the token contribution. Two countries – the USA and China – won’t be able to participate in the token sale.

Egretia is a very promising project with strong partners and supporters. Let us mention, for instance, GalaSports, Big Viking Games, UltronFund, Viking Capital, LoMoStar, and many others. It is aimed at integration of HTML5 and blockchain, the strongest and most influential web-based systems opening a wide range of opportunities for all modern industries. At the same time, the project is only beginning its development, and it’s hard to say if the specialists will really manage to execute their plans. It any case, the launch of the stable Egretia Blockchain V1.0 is scheduled only at the middle of 2020, so we’ll have enough time to see whether the project will prove successful.