People who often make transactions with cryptocurrency, from time to time, face such an unpleasant phenomenon as instability in the network Ethereum, which most often happens due to network congestion and looks like transaction delays up to half an hour, and sometimes longer. The matter is that the speed of the work of blockchain is limited by the number of operations per minute and if it is exceeded, all the "excess" transactions will be queued until the load on the network is reduced. Especially relevant was the problem after the appearance of the so-called CryptoKitties in the Ethereum network (this is a game on the blockchain), which literally clogged the network, causing a serious slowdown in the payments speed. This problem can be partially suppressed by increasing the commission fee for the transaction, but this will lead to financial losses, and if you need to transfer a small amount, the transfer will not be profitable at all because the payment for the transaction will cost more than the transaction itself.

To solve this problem in complex - the Hycon system was developed, by means of which it is possible to increase the network capacity by applying the algorithm of the directed acyclic graph (DAG) and the SPECTRE protocol. Experts believe that this technique will revolutionize the transaction system of the Ethereum network, because a directed acyclic graph can simultaneously generate blocks on different segments of the chain (that is, in effect compress several transactions into one), and the S.P.E.C.T.R.E. pгotocol solves all problems of equality of the hash value between these blocks, which will prevent possible duplication of the transaction. Scalability with the use of this technology is almost unlimited, so users will forget about the delays in the transfer of crypto currency, receive a network with high performance and minimal costs.

The name Hycon in English means "hyperconnectedcoin". Уou can simultaneously create many blocks in the same chain, while avoiding conflict operations. Hуcon project has unlimited potential. This system already been successfully tested on the Infinity blockchain, completely solving all problem of lack of network bandwidth and deferred transactions. By the way, one of the facts proving the prospects of the project is that Hуcon brilliantly held the ICO and in the shortest time attracted investments by more than $60 million.

Proceeding from the fact that until now the project has very pedantically adhered to the road map, it can be assumed that the same will happen in the future. After the completion of the ICO, the project received sufficient funding in order to fully implement this technology in the third quarter of this year, first in the own blockchain, and in the next quarter developers begin work on introducing this system into a decentralized exchange.

The project team includes highly qualified professionals with experience in the industry of blockchain and cryptocurrency.

Vice President of the company JASON FRENCH for four years worked in the company Samsung. He believes that innovative technologies will change the world for the better.
Executive Director - CHRIS S. NA. is responsible for the global development of the project.
Last year the team was joined by TAEWON KIM - a well-known expert in the field of projects promotion. He believes that the widespread use of blockchain technology will make society more honest, fair and open. 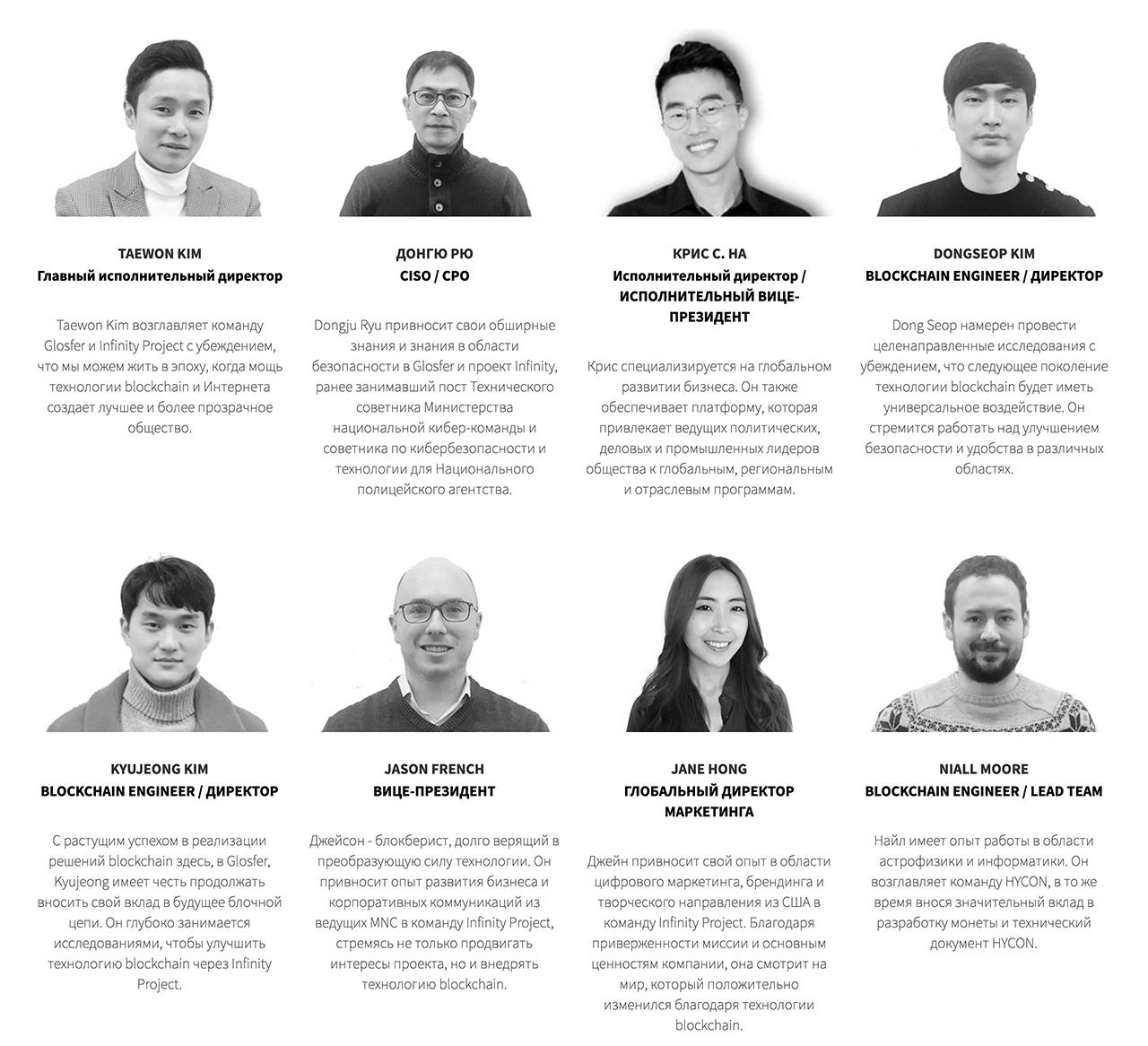 Innovative developments applied on this project are able in the near future to have a global impact on the development of the world of cryptocurrency and blockchain technology in general. The prospectivity of the project is undeniable, which is confirmed by the results of the ICO and the results of testing this product on live blockchain. Even if you missed the ICO stage, you can buy coins of this project without problems on the crypto exchange markets. If you are interested in this project - you can learn more about the project itself and its technical documentation on the links below.