BITCOMO — The Next Generation OF PERFORMANCE MARKETING IN DIGITAL ADVERTISING 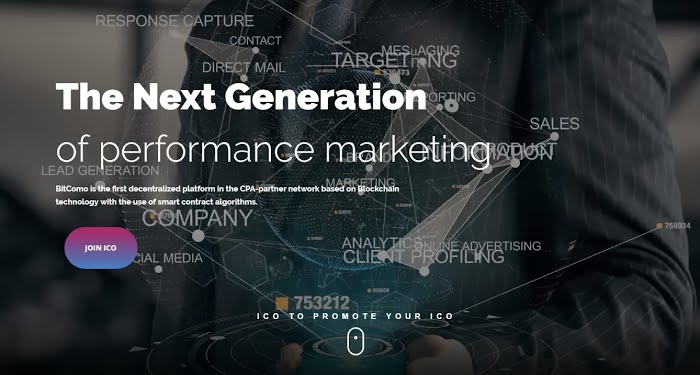 Bitcomo is designed to provide the solutions of certain issues in existing platforms. We are trying our best to avoid problems affecting the CPA networks and advertisement campaigns. The biggest challenge we are trying to confront is to show the ads to the targeted audience online. This model will help to enhance the effectiveness of the ads run online.
Our hardworking team is working hard to stay one-step ahead of our customers’ needs and for that, Bitcomo knows what is the way forward. 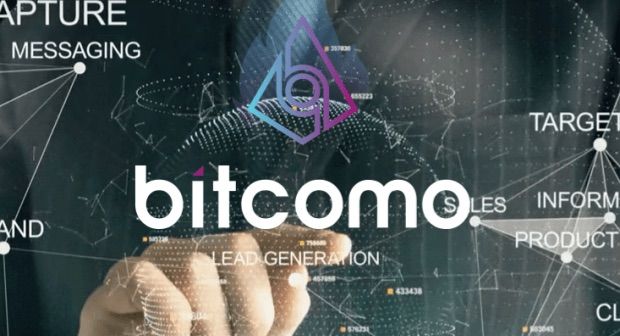 What is Bitcomo?
Bitcomo is a decentralized affiliate marketing network. The new paradigm provided by blockchain technology is ideal for online advertising, for it enables companies to better analyze the data collected from web users. This gives them the opportunity to precisely target audiences on a large scale at a much lower cost compared to traditional marketing tools. 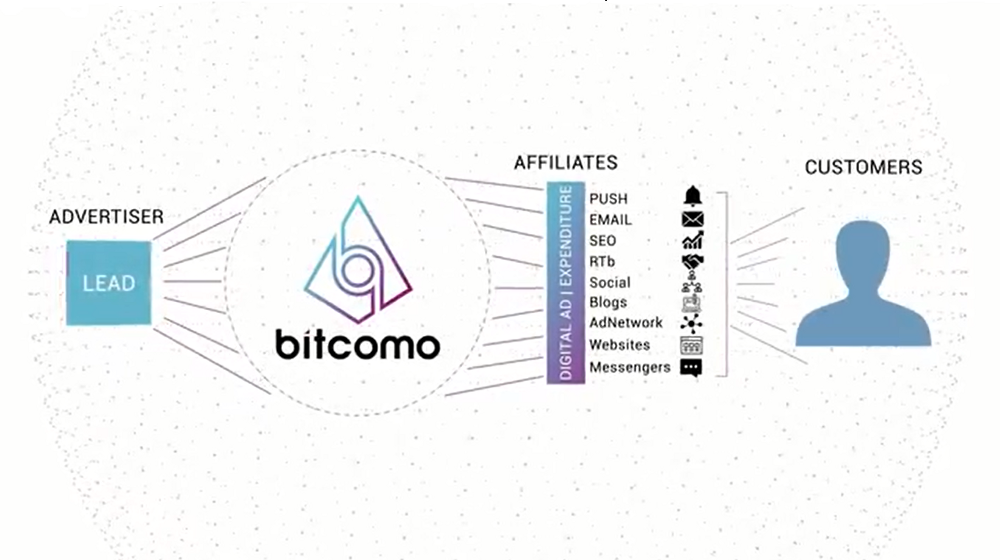 The Bitcomo affiliate marketing CPA network is wholly performance-based. This means that advertisers pay only when they see results and internet marketers are rewarded for each visitor or customer acquired through their own marketing efforts. This method incentivizes and rewards publishers and advertisers alike.

Part of the next generation of CPA networks, Bitcomo is designed to help businesses reduce their advertising costs while increasing their impact. Not only do we know how to use blockchain technology to its full potential, but we have developed an infrastructure that will make the process as smooth as possible for businesses. We have concluded that the fairest funding model for creating the Bitcom network is a crowdsale in the form of an ICO. This raises awareness and incentivizes as many individuals as possible to become a part of the Bitcomo community. Upon completion of the ICO, all purchased tokens can become a source of passive income. Alternatively, they can be spent on an advertising campaign or sold.

How it Works?
The main goal of performance marketing is lead generation i.e. creating a stream of incoming requests from potential customers. This principle is implemented in the CPA (Cost Per Action) model which tends to be the most popular with advertisers because its fees are performance-based. Bitcomo is an ICO company taking an innovative approach to affiliate marketing in enabling any advertiser, including ICO and pre-ICO companies, to become part of its pay per action model. An advertiser who decides to promote their products using bitcomo affiliate network can perform product integration simply by providing the link with a postback script. The target actions may include product purchase, website registration and other variables depending on their requirements. Thus, they work with advertisers and publishers alike on a Cost Per Action basis. Bitcomo is the guarantor of the integrity and transparency of all transactions performed on its network. 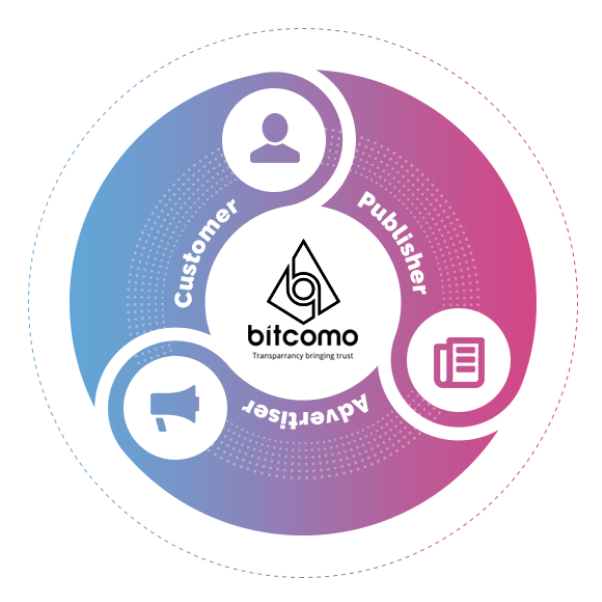 The use of the blockchain enables us to simplify much of the administrative work and to dramatically reduced its associated costs thanks to smart contracts. This allows us to automate the entire process and enables participants to analyze their leads. All of the data pertaining to leads is kept in the blockchain’s nodes. Any advertiser who sets up a node can mine transactions in real time and track them. This principle was developed as an antifraud solution and is designed with a view to enhancing trust among network members. Publishers and webmasters are naturally interested in attracting new advertisers to boost revenue, and thus ICO investment in Bitcomo can be promoted to these entities. Participants of the affiliate program can claim bounty tokens throughout the entire ICO period. 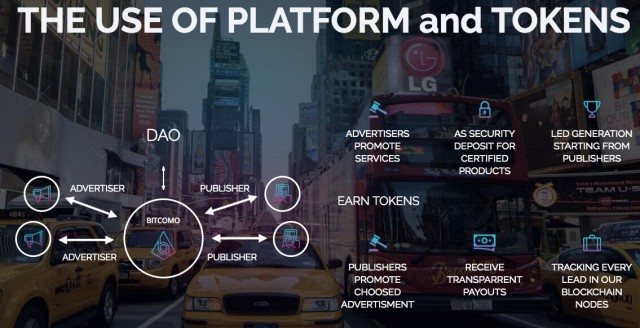 Benefit Of Bitcomo
Efficiency,In Classic CPA Marketing, the business process consists of a long chain of interactions between the advertiser — the banking operators — the affiliate program — the payment system — the affiliate
Price efficiency, In the blockchain of the CPA network, the business process is built on smart contracts, excluding time costs, manager error risk and information loss during transmission, and reduces commission for each transaction to a minimum
Reliability,Each stage of cooperation accumulates costs, increases the time, the risk of human error, loss of information during transmission
Time efficiency, In the traditional CPA, the publisher receives payment with a grace period. In Bitcomo payment is made at the smart contract confirmation time 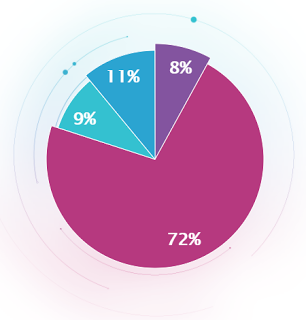 For the early stages Bitcomo team will issue BM tokens for crwodsale or ICO. BM tokens will be traded in bittrex, huobi and coinone.

The following is the allocation of tokens to be issued at crowdsale. 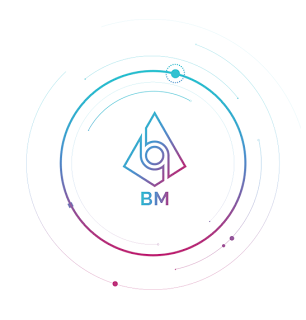 You can enter into the BITCOMO Wallet wallet.bitcomo.com and complete the contents of the form that is available with complete, useful to store tokens that have been purchased and wait for ICO is completed to perform the exchange on the Exchange that has been appointed by this company.

30% of BM Tokens ($ 8 812 000), 29 376 000 BM will be sold with a 20% Bonus for Early Investment, totaling 5 875 200 BM Token and the price of $ 1 762 400
the last 70% of BM Tokens ($ 22 848 000) 76 160,000 BM will be sold without Bonus for Initial Investment.
For more detailed information about the project trip being worked on by BITCOMO you should also visit and read Whitepaper to understand and may also be interested in making a capital investment and get a BONUS at the start of Token purchase.
Or still incomplete if you read the document you can also join the social media and interact directly with the Working Team on this ongoing project. 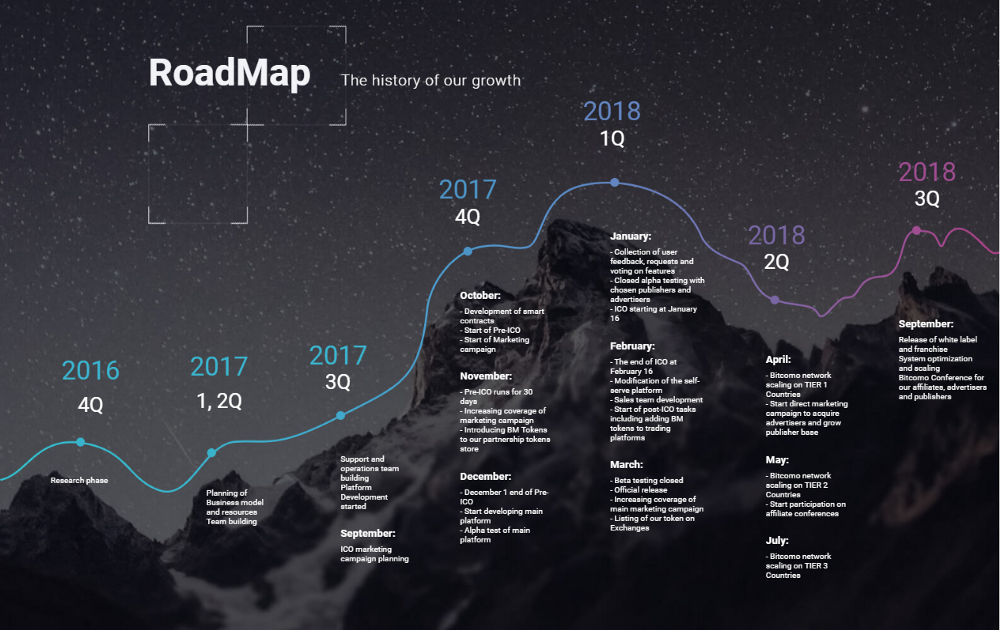 TEAM
“Our team wants to make the business process as smoother as possible so Bitcomo has introduced a new way of business advertisements and investment to narrow down the chances of potential frauds and insecurities. This business model will help in anchoring the advertisement budgets with blockchain technology for wiser and profitable investments for running ads online to attract maximum number of clients all around the world. It not only helps in cutting off extra expenses but also ensures maximum transparency, allowing direct interactions between the providers and customers. Bitcomo is working on the concept of providing maximum impact with least advertisement costs. Our team is aware of the importance of an advanced business infrastructure which can work with its full potential to allow maximum comfort to all components and participants of the system. Bitcomo has planned an ICO (Initial Coin Offering) event for funding opportunities. The event will help to introduce maximum number of individuals around the globe with the opportunity of becoming a part of Bitcomo platform. BM tokens, purchased during ICO events, will be used for advertisement payment or professional services.” 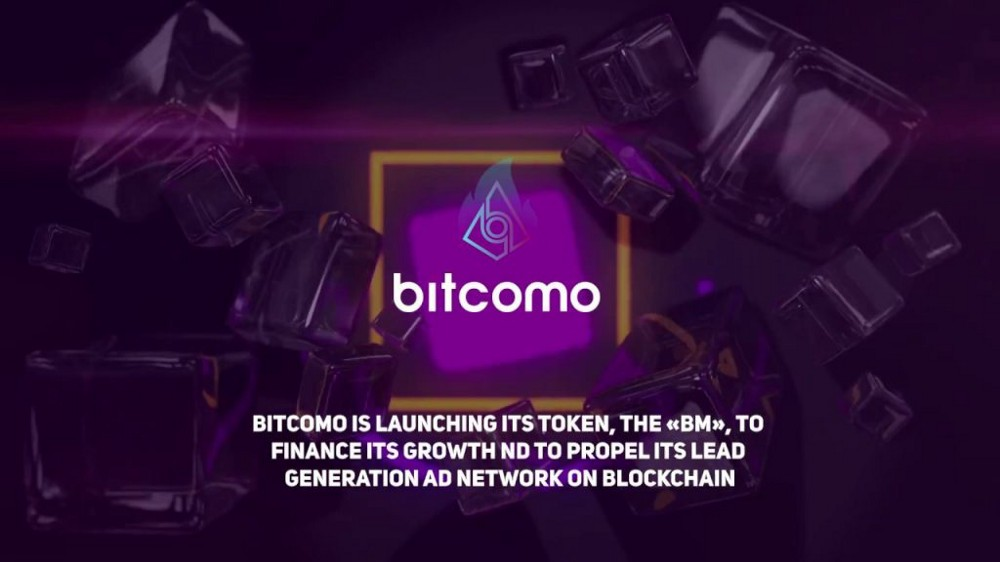 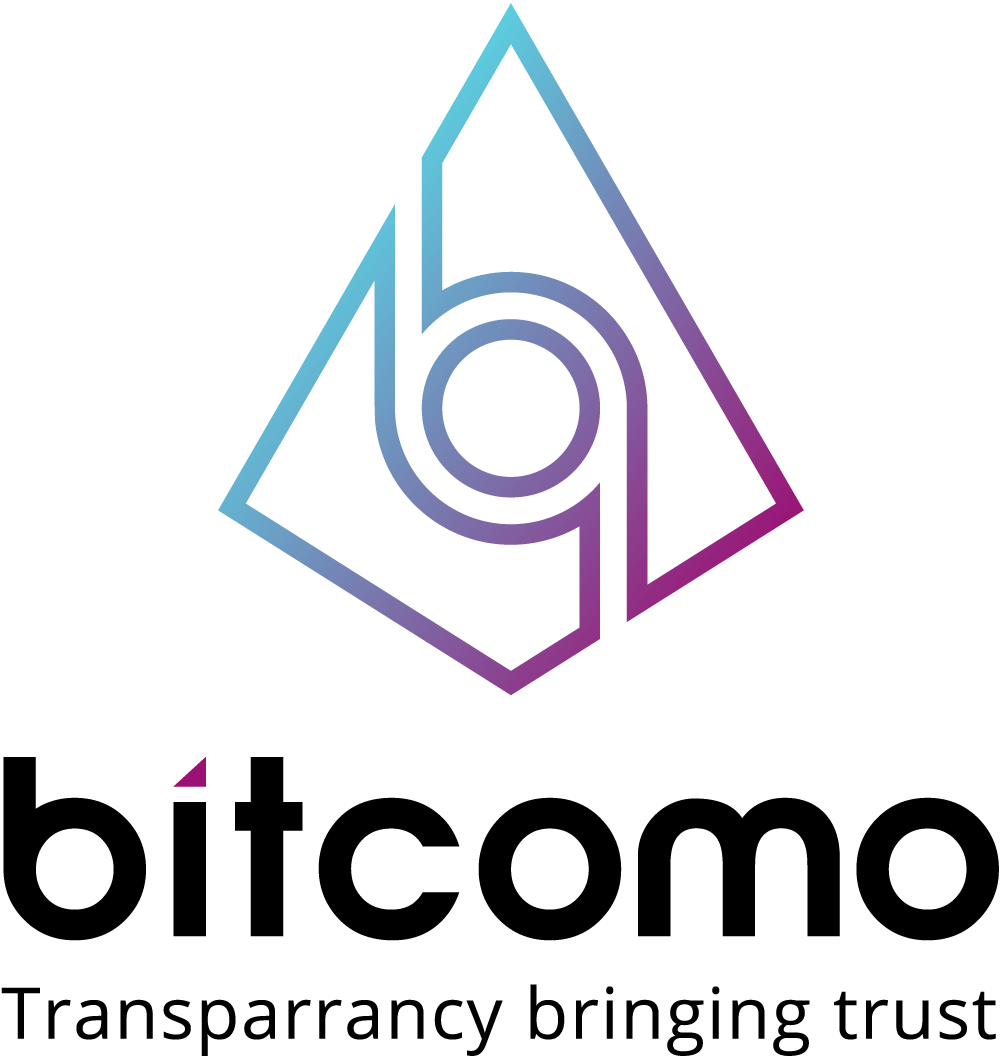