Protect your money from bankruptcy with TwoGap!

The securities market has existed for a long time. Long ago, in order to secure the deal, people transferred money using a bill and a bond. Now the securities have undergone changes, but they still remain a popular tool of the modern market. The use of a security while a transaction increases the level of security of its performance, allowing a client not to bring money, but, for example, to make out a nominal bill. A security can be cashed in a bank, and a client can be assured of the security and authenticity of each received note. The introduction of securities on the cryptocurrency market will increase the level of confidence in digital assets. After all, the level of fraud with the cryptocurrency is growing rapidly. Decentralized TwoGap platform introduces a new innovative product called CryptoBond. The use of this software will help investors to conduct transactions safely and on beneficial terms through the new cryptocurrency market, i.e. Crypto Bonds Market.

Key features of TwoGap
TwoGap platform provides the ability to create a stop-loss for its users using CryptoBond program. Creating a stop-loss will help a trader secure money and minimize losses. The minimum level of the stop-loss is determined by a user, based on personal considerations. When it is reached, an artificial intelligence instantly blocks money to avoid its loss.

Advantages of TwoGap
TwoGap platform runs on Dapp-based Ethereum platform. The level of data and transaction security is quite high, due to the decentralized storage of information on different network nodes. Calculations on the project are carried out using smart contracts. Using this type of calculation allows a user to conduct transactions quickly and profitably, confirming their unique digital signature.
Work on Twogap project begins after passing SCC registration for user identification. Next, a user places bond, which passes the encryption procedure using CryptoBond technology. Encrypted bond allows a trader to work safely and in case of an unsuccessful transaction protect money against possible loss. Further, an underwriter checks the authenticity of the document and begins the search for a potential investor. TwoGap has a visual-graphic interface, making trader's work as transparent and comfortable as possible. Each user chooses own status - an investor or an issuer.

There are two ways to issue CryptoBonds - with a fixed interest rate and Bid-Ask rate, which is formed according to the parameters set by a client. In this case, the choice, of course, depends on the technical skills and experience of a trader. TwoGap platform will become a reliable assistant for all cryptocurrency investors. In case of questions, a 24/7 help desk will always help to solve them.

You can also participate in the project’s bounty campaign with the total fund of $1 million. You can get acquainted with general conditions through the platform site. If you comply with all the requirements for placing information, a trader can get a good bonus.

Twogap cryptocurrency
To perform internal calculations, the project uses TGT tokens that comply with the ERC-20 standard from Ethereum. In total, it is planned to issue 210 billion TGT, of which 66% will be allocated for sale. The project has already successfully completed preliminary sales. The main crowdsdale lasts till the end of September. The project's hardcap is $30 million. The fixed price of the token is $0.001. 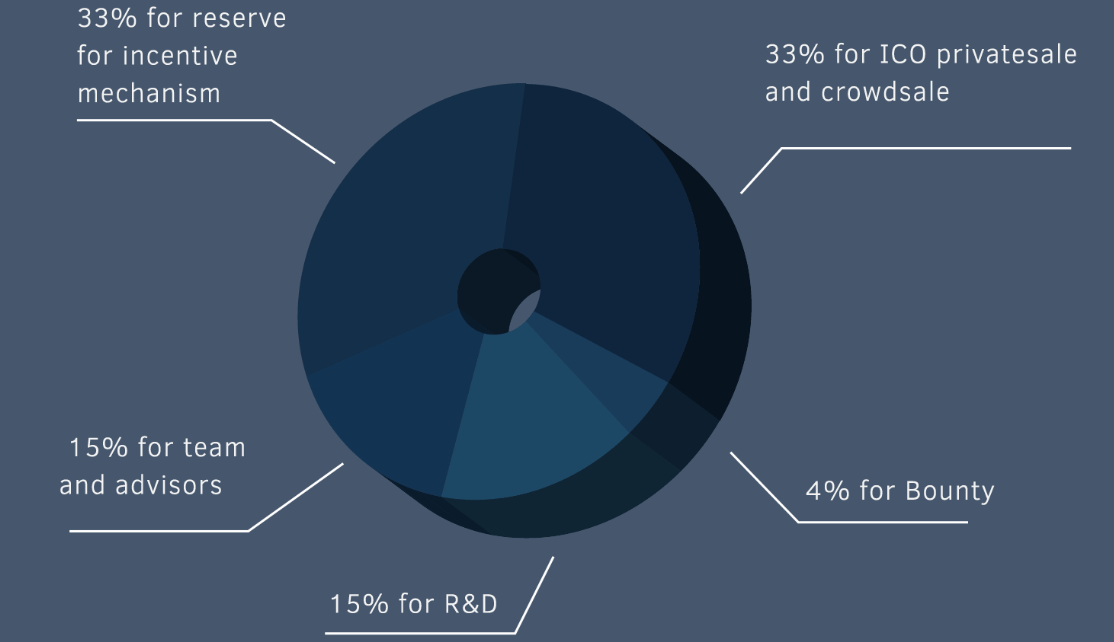 Summary
Thus, Twogap platform introduces securities to the digital assets market. The use of bonds in the cryptocurrency market increases the security of operations, and the activation of the stop-loss helps each user to get protection from bankruptcy. The introduction of Twogap’s CryptoBond program will increase the level of trust and security in the world of cryptocurrency.

The project was launched in 2017. At the moment, the project creators are working on the development of technology for adapting the platform to different types of devices. By October of the current year, Twogap plans to release a test version of CryptoBond program. Over the next year, the project creators will continue to add CryptoBonds tools with the simultaneous launch of the marketing campaign. In mid-2020, Twogap platform will work in its full functionality.