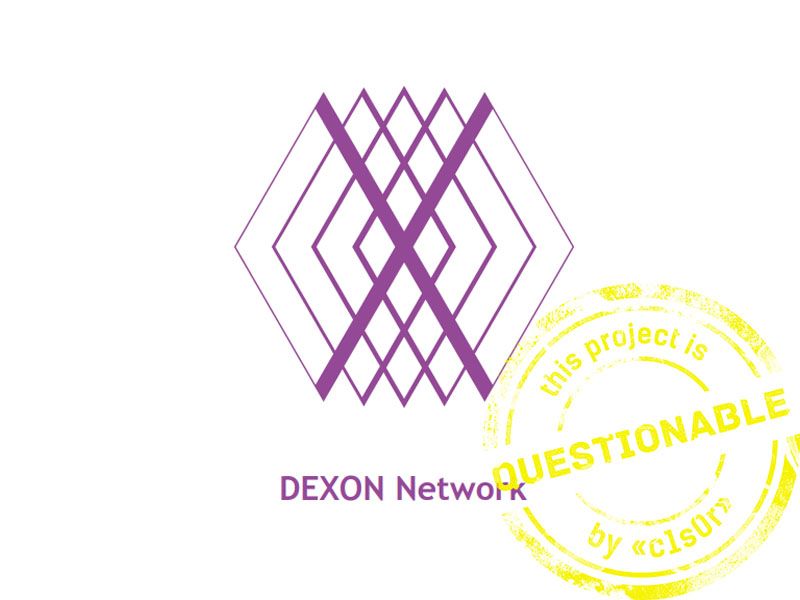 Questionable project out of Singapore that's basically a combination of breakthrough ideas from other projects, but claims to be unique. Ambitious plans and shady history.

Network platform that is trying to take on the challenge of adapting blockchain technology to mainstream needs of dApp developers, regular users, and even to replace the current infrastructure of the Internet.

Github is empty, even though in Q3 2018 they promise to have a consensus engine SDK and PoC; github run by Yao-Wei Ou

Telegram - 9,590 members (and that number is actually decreasing slowly)

May 5th was D Day for their Telegram channel: added around 5,000 subscribers. Which shows a high level of finding and attracting new subscribers.

All team members come from COBINHOOD.

Popo Chen - is their PR engine. Visited several conferences with a presentation and published a few YouTube videos.

Wei-Ning Huang was gaining experience at Google for 3.5 years, reaching the title of Senior Software Engineer. As far as his achievements, can note that he is an active user of OS Linux (over 6 years). Trading crypto for just under 5 years, one of the early ones in the space.

Yao-Wei Ou worked in such well-known companies as Realtek and Qihoo 360. Also in his LinkedIn, he mentioned that he was the founder of Cepave (Oct 2016 – Oct 2017), which was focused on CDN and blockchain. It's interesting that Cepave began in 2015 and was working on developing scalable network applications. Cepave logo used by Yao-Wei Ou is circa 2015.

Note that of all the team members, only the founder mentions the project in his social media (maybe he's keeping it secret from them).

No advisors, at least no info on their site. They are probably just relying on Wei-Ning Huang, who started as an advisor at COBINHOOD and then became CTO and Co-Founder.

Blockchain technology is a breakthrough, but its current architecture doesn't stand up to modern requirements. DEXON claims to have solved this problem by using blocklattice and an infinitely scalable consensus algorithm with low delay and Byzantine fault tolerance. Oh, and they want to add a crosschain there too.

Btw, the team says that they introduced a novel, state-of-the-art concept of "blocklattice" - except they forget to mention that it was borrowed from Nano.

The team has ambitious plans: to re-write the structure of the WWW, eliminate blockchain bottlenecks, and even create an incubator for dApp projects.

To bring blockchain into the mainstream, DEXON sets for itself the following goals:

Just like Ethereum, DEXON is an account-based system (not UTXO). To increase usability, DEXON introduces the following features:

They position all these features as innovative, but none really are.

Their consensus algorithm is based on such concepts as: blocklattice, Reliable Broadcast Algorithm, Total Ordering Algorithm, and Consensus Timestamp Algorithm.

Blocklattice: Whereas, in the classical case, all of the network's nodes form a common blockchain, here we have a mechanism where every network node builds its own chain whose blocks exchange information with similar blocks in the chains of other nodes. Because of this, a node doesn't have to wait for other nodes to generate a block.

Reliable Broadcast Algorithm: simplified mechanism looks like this: when creating a new block, the node notifies (ack) other nodes' most recent blocks about it. When 2/3+1 of all nodes are notified about the block's creation, the block is considered strongly acked and is recorded into the blockchain.

Consensus Timestamp Algorithm: this algorithm timestamps all the blocks to avoid dishonest node behavior, which cannot exceed 1/3 of all nodes. For a block in a selected chain, they use the median of timestamps.

Consensus algorithm has the following qualities:

Looking at DEXON's consensus algorithm, we see a lot in common with Hedera. Breakthrough blocklattice used by DEXON is exactly like Hedera's hashgraph.

In both cases, they use timestamps to find block order, determined by the median. Both projects are built on DAG. Hedera uses gossip about gossip, while DEXON - honest broadcast, which is in essence the same thing. Governance, sharding, etc.

POPO Chen responds that Hedera does not guarantee random gossip, and that this algorithm — being round-biased — is unstable to nodes' work stoppages. If a node participating in the round stops working, the round will never end. Sure, except there are no details about DEXON's randomization — just that is exists. And re: fault tolerance, POPO Chen wrote the following:

How does he know that Hedera's simulation doesn't process failstops if they didn't provide results of the simulation?

Team is working on its smart contract platform, for which they are developing their own language (DEXLang), compiler (DEXLang Compiler), virtual machine (DEXON Virtual Machine). They also use:

Their contract system is fully compatible with Solidity. No idea why they'd need to create their own language, let alone a compiler with their own virtual machine.

Honest randomizer from the consensus algorithm. In the description of their consensus, they say that DEXON provides a provably safe random oracle. Seems like they forgot to include a proof of that.

Actor Model Parallelization is already used in EOS, though not as cool as here. DEXON's is infinitely scalable.

They didn't provide a process for smart contract implementation. Just an announcement that it exists.

"Asset Issuance Contract works for launching ICOs" is written with consideration that COBINHOOD provides ICO launch services. These contracts are also necessary for COBINHOOD to be the first to implement fully decentralized High Frequency Trading.

For crosschain jumping contract also too little clarity. We just know that the idea is taken from RSK (smart contract operating platform). How will they do all of that? Who will select the inter-chain bridging committee? From whom will members be selected? All a mystery.

DEXON is perfect for HFT of digital assets between various blockchains. To make this process easier, they use atomic swaps.

As you probably guessed already, they provide no details about atomic swaps. Nor about any of the other parts.

DEXON Governance Council: originally, this will include the DEXON Foundation and a few organizations with a good reputation. In time, they will increase membership.

Here, they offer an introduction to their over-ambitious future plans. As you can see, almost every bullet point can easily be its own project. Wonder how far into the future these are?

DEXON Foundation positions itself as a non-profit organization, and takes pains to underline that they are not doing an ICO, but will rather airdrop DEX tokens to those holding COB. At the same time, they signed a financial partnership with IDG Capital. On DEXON's site there is an open registration for private sale.

But the most interesting part is that DEXON itself is part of COBINHOOD's roadmap (Decentralized Exchange Online) and was supposed to have been implemented in Q2 2018.

And, as the cherry on the top, here's an interesting story. During the COBINHOOD's ICO, some investors got 2x, and Ian Balina even got 3x. And this would be all good, except they started to sell their tokens on EtherDelta before the ICO even ended, at a lower price too. The team had to stop the ICO and issue a public apology. Ouch.

Q: Who forms the inter-chain bridging committee? Who's part of bridging operators?

Q: What about sending different coins to different recipients in one transaction?

Q: Which companies specifically will be on the Governance Council?

Q: Which companies from IDG's investment portfolio are interested in developing dApps on your platform? Which specific offers did you already receive?

Q: What's the size of the fine for validators who violate the consensus algorithm?

Q: What's the advantage of using the fines system vs. liquidating the entire deposit and blocking the dishonest validator?

Q: How do you protect against cases when the fine is lower than the profit from violating the consensus algorithm?

Q: So does the validator receive an award from his active time of validating transactions or from total time of all validations + the space it gives for storing smart contract data + gas from smart contracts?
A:

Q: What's the formula to determine the fee for using the storage space by a smart contract?

Q: Why do they COBINHOOD and IDG Capital websites not have any official announcements about the partnership?

Questionable project with plenty of skeletons in its closet, which at this point is merely a conceptually project. Can't wait for their PoC and SDK. The team is trying to make the project sound unique, but the truth is that they borrowed the basis from competitors. Their ambitious future plans coupled with the warning in the beginning of their WP (we are describing our vision but not guaranteeing its practical implementation because of possible unforeseen situations) makes us nervous.

Disclaimer: The above audit is not in any way financial advice or a solicitation to buy - it's merely our collective opinion that we are kind enough to share with you. Don't make us regret that.

The report is prepared in partnership with https://t.me/ico_reports