Russian Postcards in My Mailbox

Russian Postcards in My Mailbox.
https://markovich.tv

I met Alex Markovich online via his project “Russian Postcards” in 2015. I was looking through different websites on traveling to Russia as I was going to fly to Moscow in October 2015 on business and bumped onto Alex’s blog. Though I did not have a chance to meet Alex in real life – he was in October 2015 in Kazan at the theater festival taking video – we could chat on the phone every day. We keep doing that now once a month via Viber.

I was thrilled with what Alex had been doing – sending Russian postcards all over the world, so I asked him to mail me one. My wife and I got so excited when we received a real postcard from Russia in our mailbox that we asked Alex to send us a few more cards.

It’s been now 2.5 years, as we right along get two Russian postcards every month. One card is with a photograph and the other one is with Alex’s watercolor sketch. I counted them: we’ve got 64 postcards – a decent collection. I even arranged an exhibition of these Russian postcards at my friend’s café in November and December 2017. Three of my friends were imbibed with this idea and since then they also get Alex’s postcards.

I think this idea of sending postcards all over the world is really cool, especially in the age of smartphones and computers. 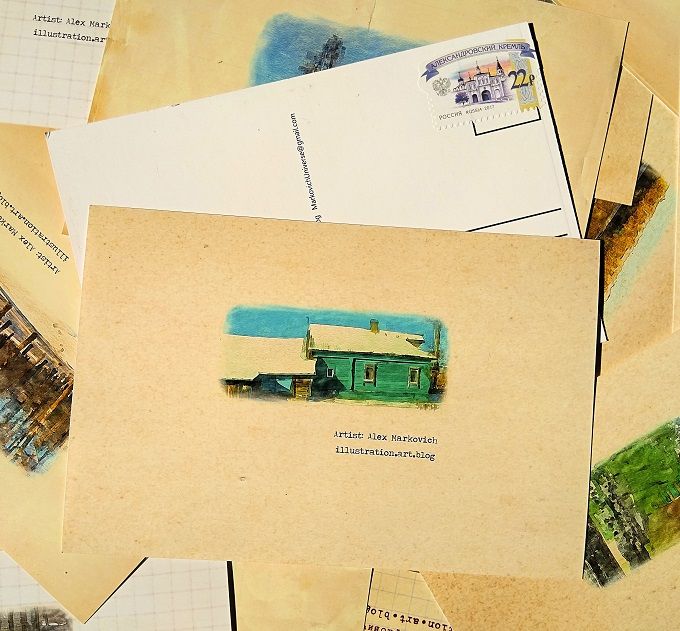