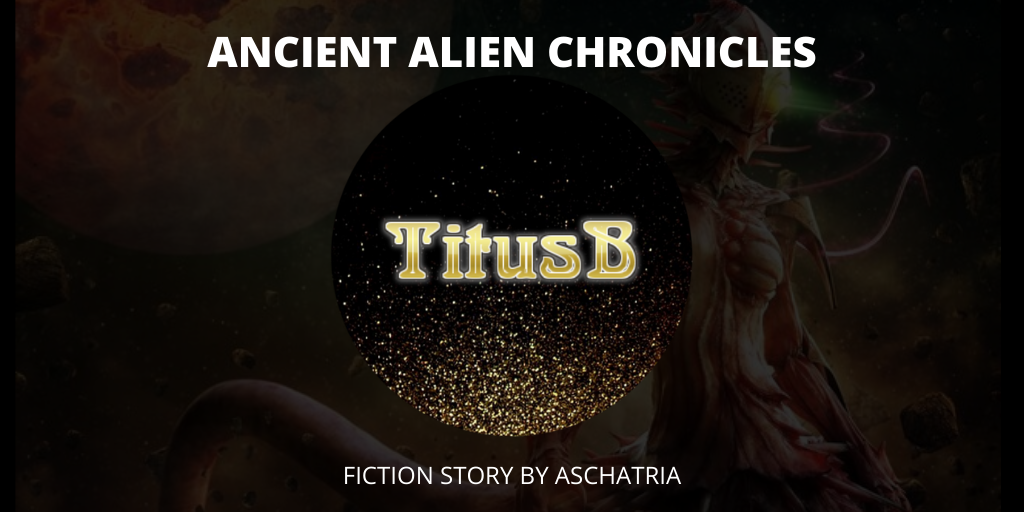 For a while I was thinking that an ill will could resolve all by itself, but finally instead keeping it on the level of an idea, I built an actual oobject.

This thig being a science fiction or not, it doesn't matter, the same it doesn't matter my folks asking me why I even need such a thing. The truth is that with so much crap happened till now it will be a cold day in hell before I give up on this.

It took me over a month to receive all the parts coming from the entire world. Some parts were trivial and cheap, some were not and some took time to design. After a few days the device was ready to test.
The first night after I finished and started TitusB I slept almost nothing because of the quite palpable tension, which was probably a result of a stress but also because of the noises that were coming from it. During the first night I felt sorry for ever making this demonic contraption.

The whole device is well insulated, nothing goes in, nothing out, obviously besides the noise. So, while it is mounted on the model there should be nothing disturbing about it. I thought the noise is maybe because of the lantern, so I changed that part, I checked on pitches, but there was nothing extra ordinary, at least when lamp is off.When the lantern goes ON, the whole neighborhood sinks in some sort of a mist. We are not sure if that is a subjective feeling or not, but the tension made by that thing seems to create some sort of a Twilight zone.

The second day I placed TitusB in a study room with me and with my pet parrot. Unlike me, a bird did not appreciated this, and changed behavior instantly becoming overly quiet and it even hid behind the curtain a few times.

Study room is further away from our bedroom, and even with the less rattle during the second night the contraption was still too noisy to sleep. And the tension was so thick that it could be cut with the knife. I am not sure if this is because of the pressure or because the contraption itself.

The most notable thing were a few seconds of silence followed by turning the lantern, it almost feel like some other dimension overlaps with our own. It is an equal part scary and part cool to be honest.

My folks said that TitusB is making them feel being constantly watched and during the second night they even heard some noises. I assured them it is their imagination, and probably the sounds were coming from the outside.

The third day the field must been even larger because my folks were agitated and said to feel watched even in rooms far away from the study. With all the glitter and shimmer TitusB can not mild the fact what it is and they are down right crept by it.

The fact I connected it with the transformer that suppose to help and speed up things a bit, caused a hurricane of discomfort and questions what does that darn thing even doing there.
They picked up their belongings from the study and moved out of it claiming that the device even turned OFF is making them feel uncomfortable and twitchy. I didn't notice anything unusual and nobody is suffering headaches or any concentration problems because of the TitusB.

They expect results fast because the darkness is coming, and I know that there is a fine line between success and failure, winning and insanity. I don't want more defeat, I had it enough. The problem with TitusB is that they didn't really see this happening, not in reality.

They expected me to do something that will in no way affect their daily activities and that I will be the only one who will bare the full weight of it and suffer because of it alike. Now when I took part of the weight, they feel miffed, and consider it not a wrong way, but wrong to them.

The third night I shut and jam the doors hoping it will remove the tension and I will be able to get some rest, which turned to be wrong. I slept nothing, and at one point in the night we all heard a laud growl that had nothing to do with any of us.

This time I couldn't say that the noise came from the outside, it was more than obvious it was inside of the building, in fact it was with us, inside of a room. It is not a fact that there was a noise, but how laud it was. The entire building that is usually awake 24/7 suddenly got really quiet.

I had no other explanation, but the one that TitusB probably makes noises because of the magnifying effects in the accumulated energy which is normal, as it is made for that. I planned to correct it soon, before it becomes too obvious what I am doing. I hoped that a change of the lantern will mild the negative effects, re-position the parts and hopefully I will be able to sleep the next night.

I also worked on the four groups of options, a command cards for the TitusB. I thought there will be enough to make in total 36 cards, with only three or four at the time being enough to control TitusB.

I completed all command cards during the day, with aesthetic tweaks left for some future date, those are not even so important. At the end of a day I was exhausted, I used three of the command cards with minimized lantern and slept like a brick.The noise was none existent, TitusB depressurized all the accumulated energy and I was pretty happy about the results.