Exclusive: Bitcoin Is A Bubble While Gold, “A Safe Heaven”- Peter Schiff 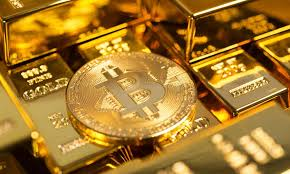 CEO of Euro Pacific Capital in an interview on Wednesday has made his support for gold over bitcoin open, and in fact, called an investment in gold “a safe haven” while the current increase in price seen in bitcoin is a mere bubble.

Schiff, during the interview, clarified that while gold is of real value proposition, bitcoin, on the other hand, is a mere bubble under the influence of a few people controlling millions of others in a buy/sell order struggle. In his statement on Wednesday, Schiff expressed that “the people are gambling with cryptocurrencies”. In the process, according to Schiff, the recent bull trend in the price of bitcoin was built around two categories of people: a majority consisting of people struggling to buy bitcoin and secondly, a few people selling the asset. He continued by saying,

Bitcoin Versus Gold
Bitcoin and gold have recently shown a drastic increase in price and also a considerable bullish instability. Typically, as instability and risk rise, so does the respective prices of bitcoin and gold. Both assets have shown similar dynamics this week and have caused major turbulence between the two major world economies; China and the United States.

“How can one believe ANY of these figures when 95 percent of all bitcoin transactions on a typical exchange is fake? Fake-coins, shit-coins, fake-transactions, fake pricing. The only true thing in crypto space is manipulation, pump n dump, front-running, wash trading, etc…” Somehow linking BitMEX in the tweet.

Nouriel Roubini
✔
@Nouriel
How can one believe ANY of these figures when 95 percent of all bitcoin transactions on a typical exchange are fake? Fake-coins, shit-coins, fake-transactions, fake-pricing. The only true thing in crypto space is manipulation, pump n dump, front-running, wash trading, etc... https://twitter.com/BitMEXResearch/status/1143905016606056448 …

BitMEX Research
@BitMEXResearch
Replying to @williambaobean and 4 others
BitMEX also achieved US$1 Billion open interest on the Bitcoin perpetual swap contract, for the first time

View image on Twitter
140
5:48 PM - Jun 26, 2019
Twitter Ads info and privacy
299 people are talking about this
However, the tweet didn’t sit down well with Arthur Hayes @cryptoHayes who promptly gave a counter response within a few hours interval. In Arthur’s words on Twitter,

“Maybe you should speak with my private bankers they will inform you BitMEX don’t fake shit. Can’t wait to see you in Taipei XOXO.”

Both bitcoin and gold continued to show wide variance positive price movements, unraveling new surprises by the days. A lot of speculations are flying around and speculators of both assets remain very curious as to what would become of these rival assets within the next few months.