Winter promenade on the waterfront - "Yole New Year Half Marathon" 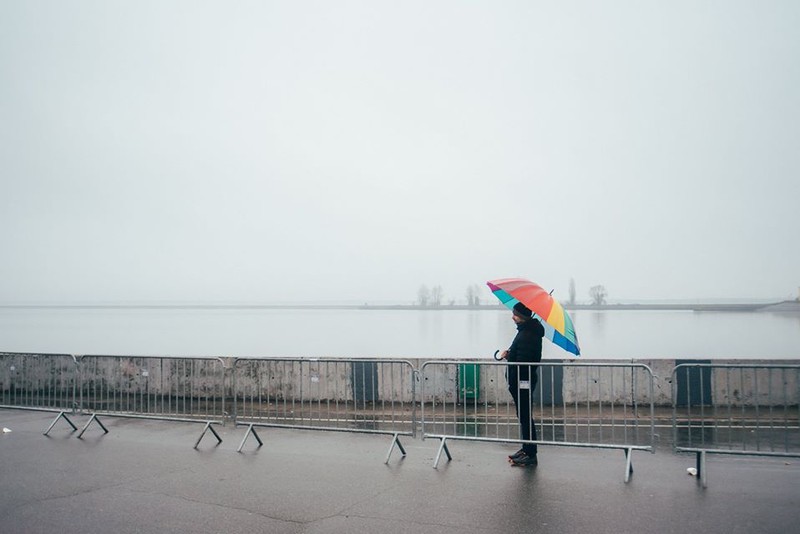 Therefore, the reason why he stopped at the "Yole Half Marathon" was obvious: first - the familiar and comfortable half marathon track, second - the level of organization he was also familiar with after participating in the "Night-Marathon Fest", well, the third reason - no it was necessary to go somewhere far as it passed in the suburbs of Kyiv.

Registration
Registration for the race was on the website: athletic-events.com, where you had to enter your contact details and choose the distance you want to run and then pay the entry fee.

Waking up on Sunday morning and collecting his running things, he immediately set off for his latest 2019 cross-country adventure. Getting to the starting point from Kyiv is easy enough, all you need to do is reach the metro "Heroes of the Dnieper", and there to take a shuttle bus that goes in the direction of Vyshgorod.

Arriving in Vyshgorod, I immediately set off for the start town to get my start number and start preparing for the "Yole New Year's Half Marathon".

The starting point is located near the waterfront of the Kyiv reservoir where the runners gathered.

The "Yole Half Marathon" cross-country holiday started with a small warm-up and running in New Year's suits, after which the main distances - half marathon and satellite - 8 kilometers - started.

The "Yole New Year Half Marathon" route consisted of 5 laps of 4.2 kilometers each. Although the Jol half marathon route runs in a circle, one interesting feature is that it is even and allows you to finish the running season with a pretty good result and a great mood that you can get during the New Year Half Marathon.

Immediately after the start of the half marathon "Yole", my adventures began, more precisely, even to say that my body decided to carry out with me an educational workshop on the topic: "Eating Before Long Runs". But demonstrate what happens when before the run, eat whatever is wrong.

Therefore, for the first 12 kilometers, my body led me to discuss how to eat before running and at the same time tried to overcome nausea. In the meantime, the feet were doing their job in spite of nausea and rushing to the finish line. The delicious tea, which was at the hydration point, helped it to overcome nausea, after which it eventually retreated. Although the weather during the Yol half marathon turned out to be quite cloudy and sometimes a light rain came in, the half marathon was quite comfortable and easy.

Finish
Overcoming the New Year's Half Marathon "Yole" managed in a time of 1 hour 47 minutes, which contributed to a fairly smooth asphalted route. After that, I set off for some warm tea and a break from my last jogging adventure in 2019.

Impression
The "Yole New Year Half Marathon" left quite positive impressions in itself with a good organization, equal to an asphalted track. And even with the rain and overcast weather, nausea did not hurt to get a positive impression of the next race.

I was especially pleased with my result after crossing the finish line, which managed to end a fairly busy running season with a good result and a great mood.