Through the city of power engineers – Netishyn Half Marathon "Independent People" 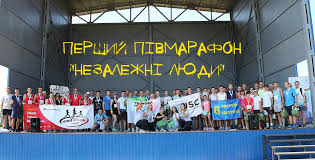 Summer confidently went to the end, and I decided to say goodbye to it on a regular race. We met at the half marathon in Ternopil, it was logical to finish with a half marathon. During writing an article about Ukrainian half marathons, I was able to get acquainted with every half marathon that had to be held in our country. I faced a choice: a run in Odessa or Netishyn. Both of them were organized in the last summer week and had a distance of 21 km. The Odessa half marathon of this summer took place the 3 rd time, but Netishyn Half Marathon took place the first time, and in addition, it was a first run of 21 km on the territory of Khmelnytskyi region.

Why did I choose Netishyn? Because I knew that the majority of runners would rush to Odessa, in addition, I wanted to support my countrymen in organizing this wonderful event. At the same time, it would be nice to look at the city and its nuclear power plants. About a hundred people of all ages participated in the main distance. The oldest, by the way, was 69 years old.
I drove to Netishyn, by bus from Krasilov (Khmelnytsky region).
The road stole about three hours. The city met with new buildings and an extremely beautiful panel in the Ukrainian style that really managed to raise my mood. The first thing after arriving was to take my starting number to Netishyn Inovetion Hub. Then the road led me to the hotel “Gorin”. Why there? Because it has a very convenient location, very close to the starting point of the run. I had a little rest, and then went for a walk around the city. 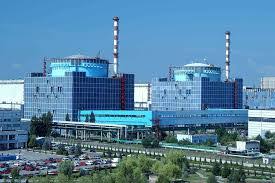 The run had to start at 9 am in the vicinity of the local House of Culture. It wasn’t my first run, but for some reason I could not sleep and woke up very early. I collected all the necessary things for running and went to the starting point, which met me with runners who were actively preparing for the start. I dressed and put things to the luggage room, after which I made a little warm-up and began to Wit for the last start of this summer.
The organizers said the introductions, and all the runners went to their starting place (in addition to 21 km, 5 km and 10 km were organized). It rained all night, but in the morning, the sky was clear. We had to run in the heat, only sometimes I was lucky to hide in the shade of trees. The route of was rather interesting: it allowed to enjoy the local landscape, beautiful temples, architecture and views of the first and second blocks of the Khmelnitsky NPP.
The road was paved, there were small climbs and descents. The route had two turns. The volunteers stood at each turn, pointing out where to run. I think they did it quite well, although there were some errors. Nobody is insured, as practice shows. There were a lot of points where you could drink water, which was very appropriate, because the heat was seriously tortured. A week before the start, I spent five training at a slow pace. During these exercises, I experienced a plogging. There were no special goals for this race, most importantly, I came there to see the city and get new emotions. 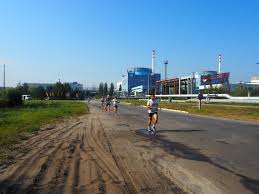 At first I did well, but a bit after I felt that I was tired. It’s like the reminding that I had not trained for a long time. As always, my mind was filled with thoughts that I can not run anymore and want to stop. It was time to look for a colleague. I have not been looking for him for a long time. He himself spoke to me. My friend was a guy from Lviv, Victor Gavrilov. We spoke several kilometers, then ran off one after another: sometimes he ran after me, sometimes we changed.
He finished first, in a few minutes I also did it. So the last half marathon of that summer ended.
We were resting, waiting for rewarding, exchanging impressions of running with new acquaintances and made photos. After some time, when all the participants finished, the rewarding began. This moment was interesting for me: usually finishers get their rewards immediately on the finish, and this time the organizers gathered everyone on the stage where they made it. Quite unusual, it is a highlight of small races: not only the winners, but all the participants became a part of the holiday. 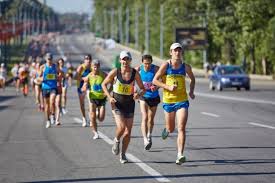 Then I went to the hotel to collect things and go home. At the stop, I met Svitlana Makovoz, who won second place. I talked to her and went to the bus.
Now I can officially say that the summer season was successfully closed in a magnificent run that brought a lot of pleasant impressions.
Source: androshchuk.com/blog