The return of the mammoths 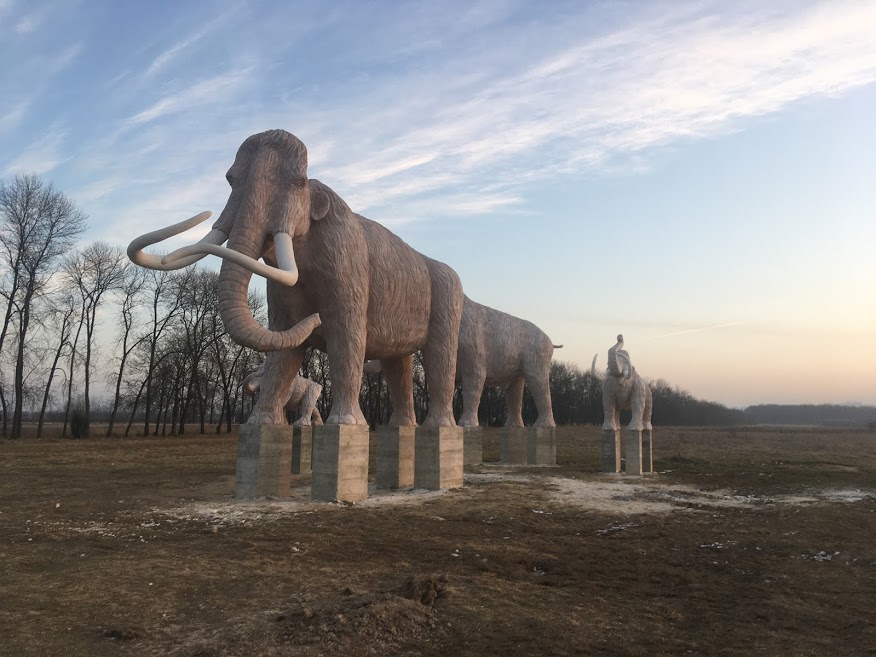 This is how the inhabitants of the Ice Age, who were found here in the Ozokerite mines more than a hundred years ago, return to Bogorodchanshchina!

The activist recalled that on October 5, 1907, an embalmed mammoth body (Elephas primigenius) was found in the nearby village of Starunya during underground work at a depth of 12.5 meters. Subsequently, a large fragment of an embalmed rhinoceros (Rhinoceros antiquitatis) was found in the same mine at a depth of 17.6 m. After the scientific researches, the extracted mammoth remains were transported to the Didushitsky Museum in Lviv.

In 1929, an expedition from the Polish Academy of Sciences found another embalmed rhinoceros, 24,000 years old in the vicinity of Staruni, as well as the remains of other glacial age animals: primitive bull, horse, roe, fox. In total, 4 balm carcasses of hairy rhinos were found in the vicinity of Staruni. Most of the finds in 1929 are stored at the Jagiellonian University Museum in Krakow.