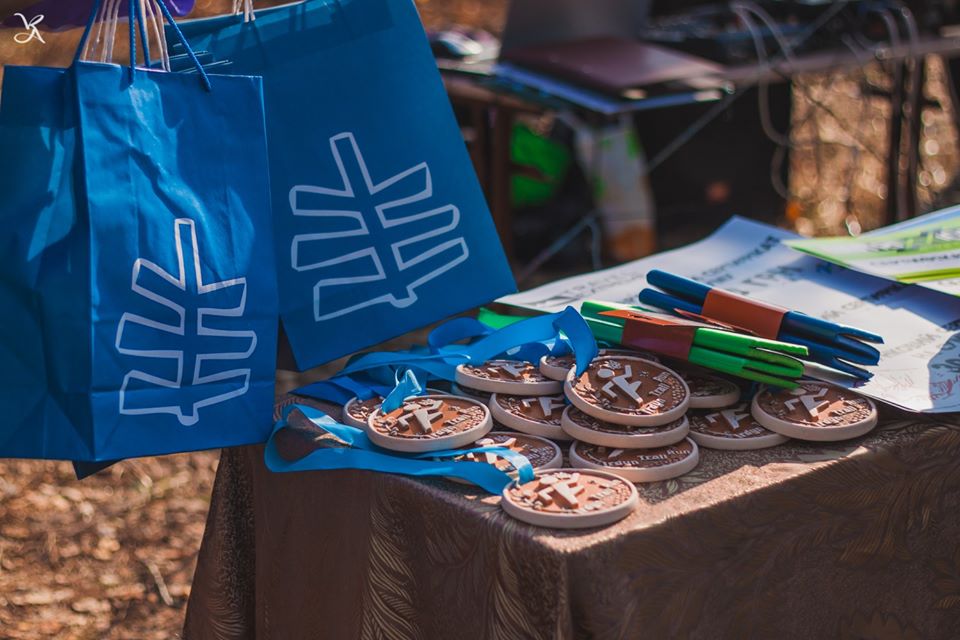 After the hot summer and hot September, October began to knock on the window. And this, in turn, meant that autumn takes its toll every day. So it's time to turn your favorite city run into an interesting autumn trail with forest paths and field roads.

My introduction to the trails began last fall. Then I was fortunate enough to participate in "Didorivka Trail Run" and the legendary "Autumn Leaf" (here without sarcasm, as I consider this half marathon to be the ancestor of all modern Ukrainian races), while looking closely at other similar starts. When it came time to start the fall start schedule, I already had a sort of startup that should have made me happy this fall "Irdyn Trail Run" occupied a major place in it, later joined by the "Village Trail". So the fall I had to get out quite interesting and filled with cross-country adventures.

But let's go back to the "Irdyn Trail Run". He first came across him sometime in 2018, and later read about him in an article by a Ukrainian cross-blogger called "Sophisticated "Irdyn Trail Run"", which got more interest in this trail. I immediately registered for this.

Registration
There was nothing special about the registration: it took place on the website vseprobegi.org. If you are not registered there, you first create your account by specifying your contact details, then you go into your office, choose the event and the required distance, pay a starting fee, and then you are assigned a starting number. If you have your own office, you go into it, choose a distance and pay a starting fee - the contact details are pulled from the office. The Trail also has a page on FB where the latest news related to the event is published.

Road
After registration comes to the most interesting turn: how to get to the location of the trail. In previous years, there were two ways to get there: to go to Cherkasy, from where the shuttle bus or transfer from the organizers to the place of start, or to get to the place of start a day before the start. In the second case, the organizers place you in the gym of the local school.

But this year, the situation has changed a little, there is a third option. Now a transfer from Kyiv is organized, the price of which costs both sides at 510 UAH. I cannot say much or not, but, to me, it is very convenient, and most importantly - after the start, you do not need to shake your head how to get home.

So as soon as I saw this news I immediately sent my transfer request. The journey began on Sunday morning from the Vububichi subway, where a minibus picked up the trail participants and headed towards the starting point.

Run
The starting place was located on a forest lawn, where starter packs, storage rooms, dressing rooms and food for participants were arranged.

In order to get the start number, it was necessary to say PIB. or participant number, sign the document that you are responsible for yourself. Once the starting number was in my hands, preparation for the trail began: dressing up and a small warm-up.

The launch of the trail was scheduled for 11 hours. The distance of 30 km consisted of two loops of 15 km, with the first loop being more complicated than the second. The route was mostly forested roads and swamp territory had quite a few ascents and descents. The start was massive for participants of 30 and 15 km. After the introductory speech of the organizers, the runners ran towards their finish.

The first part of the trail is quite easy and more or less comfortable, mainly due to the beautiful autumn forest and the surrounding nature. Most of the trail had to run through the forest roads covered with autumn foliage. The main danger was the various sticks that hid under the fallen leaves and waited for the inattentive participants. I was fortunate enough to cross through them twice and examine them in more detail.

In the middle of the first loop, participants were waiting for one of the two main trials - the first major climb, which was able to overcome quite easily. Another highlight of the first loop is running through the swamp, which gave oh so many exciting experiences. Further a segment of the shore of the swamp, which also hid the danger, as it was covered with different pits. I was also lucky enough to get to know one of them.

The further route again went through the forest, where the first hydration point was waiting for the participants.

Well, the first part of the "Irdyn Trail Run" Trail came to me famously, though as soon as I had overcome the first kilometers in my head I thought that I was not ready for it. But the first 8 miles I was able to overcome in 1 hour 25 minutes, although my feet began to remind myself, this development made me happy. So gradually the second part of the trail "Irdyn Trail Run" was approaching.

The second segment of the trail was mainly forest roads. Its main highlight is the ascent that awaited the participants in the first kilometers of the second loop, and at the same time, it was the second most difficult ascent of the "Irdyn Trail Run", after which the participants expected a more or less flat route, on which all that was lost could be recovered during the first loop and on two ascents. I can not say that the climb itself was easy, but difficult to call it. He imagined me running 9 - 10 miles in front of me, so it was hardly possible to conquer it. Next, participants prepared a kind of cake called "Irdyn Trail Run": a 9-mile fast lane. My 13-mile run was pretty good too - I overcame this stretch in 2 hours and 28 minutes, and at 11-12 miles the right knee began to fret. This started to cause some concern. First, further, as I said before, I was waiting for a more or less flat stretch of about 8 - 9 miles, where I wanted to start regaining lost positions and it came to the realization that it was quite long and the knee could begin to change its until the quieter voice grows stronger. Before 15 miles, again, a chance to wander around the surrounding forests a little, but this initiative was stopped in time. I gradually approached the second hydration point, which was just 16 miles away, where I managed to renew my strength a bit, after which I went towards the finish line. In the meantime, his knee began to realize that his voice was not very listened to and began to show himself more actively. From 16 miles, running became an interval: half a mile of running, then calming his knees - he did not want to try his patience. Since I realized that after the "Irdyn Trail Run" I was waiting for other interesting races. When we found more or less common ground with him, we moved on, and in the mile or two and two and a half before the finish, my relationship with my knee began to crack. It was not possible to run more than 300 meters, every hole that occurred along this path began to feel a knee, and in turn it told me. I had to completely go for a quick walk, although the last kilometer and passed on the asphalt road and I did not give up trying to run it, but running was very difficult. As soon as I crossed the finish line, I immediately went to rest from running. "Irdyn Trail Run" took a lot of strength, but in return gave positive and interesting emotions.

Impression
"Irdyn Trail Run" became my fourth trailer this year. Like all previous trails, it fully lived up to my expectations. I liked the organization of the race. It was surprising that this year the local authorities drew attention to this race: first, it is a trail. In Ukraine and the road race do not pay much attention, what they can already be said about trails that have an order of magnitude fewer participants. But the fact that the local government has promised to support it financially, as for me next year, is quite cool. The time may come when, in all Ukrainian races, local authorities will participate in the same way as in other European countries when organizing such events, cycling races or orienteering competitions. This will help more active development of jogging activities.

I really liked the "Irdyn Trail Run" route. As for the route, here's the thing: first, the difficult part, then the easier part. This made it possible to make up for the lost on the difficult piece on the way to the finish line. You will not always come across such a colorful and interesting route that constantly gives good impressions of the surrounding nature of our country. The running track itself is well marked, all the turns are marked and fairly well marked.