Running adventures in the fog - "Trypillya -" Layers of Time "" 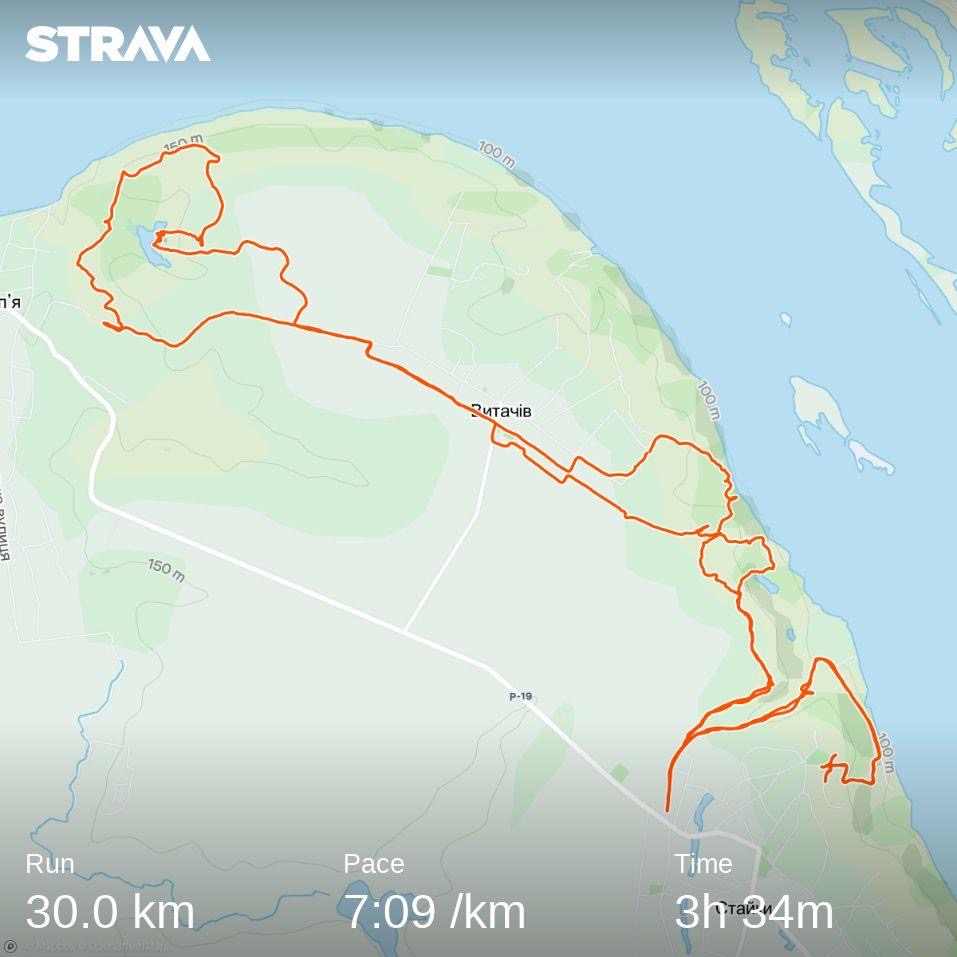 TRYPIL CULTURE
the culture of the Copper Age (Chalcolithic) and the early Bronze Age, a highly developed Eneolithic civilization, widespread in Ukraine, Moldova and Romania. Frequently used names are the Trypillia-Kukuten community, the Trypillya-Kukuten culture. Discovered by V. Khvoyko at the end of the 19th century near the village of Trypillya in the Kyiv region. The territory of Trypillia culture distribution is from the forest-steppe foothills of the Carpathians to the Middle Dnieper.

A distinctive feature of Trypillia culture is special utensils, which were divided into 2 groups: kitchen and dining. The dining room is characterized by high technological perfection, and from the middle period - painted ornament in red, black and white colors in various combinations. Kitchen utensils - the worst quality, decorated with crossed ornaments and stickers, often in the form of bullheads. The pottery of different districts and even of each Trypillia community differed from each other.

At the end of October, an interesting running trip awaited me again, and with it another acquaintance with interesting Ukrainian trail races. This time I decided to stop my choice in the village of Vytachiv and the local trail with a very interesting name, namely "Trypillya -" Layers of Time ". The trail race "Trypillya -" Layers of Time"" interested me back in 2019, first of all, with its name, because as soon as I saw that this year the registration was opened for him, I immediately decided to register for it.

When registering for the trail race "Trypillya -" Layers of Time ", participants could choose one of two distances of 24 or 12 kilometers.

The route for the distance of 24 kilometers consisted of one circle and a set height of 500 meters and passed mainly through the wooded area and the slopes of the Dnieper River, where there were quite beautiful views around. In addition, the participants will have three CPs, where they can regain their strength a bit.

Honestly, when he registered for the trail race "Trypillya -" Layers of Time "" he did not expect anything special from him. It was supposed to be my usual easy 24-kilometer run through the autumn forest and the surrounding fields, where figuratively you run from one point with the inscription "Start" to another with the inscription "Finish", but it turned out that this time I was a little wrong. But everything is in order.

The most interesting thing, namely the start of the trail race "Trypillya -" Layers of Time "" began at 12 o'clock, after a short briefing from the organizers, which told about the features of the trail route and its marking. One of the main nuances is that on the route the participants meet two types of markings, namely the orange and red ribbon, and the fact that the participants cannot get acquainted with the trail track in advance. The start for both distances (12 and 24 kilometers) was common.

Therefore, after the start, the participants went to meet the running adventures that awaited them in the fog. The first few kilometers did not stand out from the other trails that I ran before. You just run through the woods while enjoying the surrounding nature, and after a few kilometers you will find a sign with the inscription "Finish".

And it probably relaxed a bit, because the first adventures began 5 kilometers after the start. When a group of runners ran out to meet me, saying that there was no further marking and it was necessary to turn around, it was difficult to convey my surprise, it was only 5 kilometers and 300-400 meters ago there were markings, and I had already run there. Of course, it was a little annoying about this, that the trail has just begun, and you have already got lost, but the autumn colorful forest, beautiful views of the Dnieper River, which accompanied the runners added a little positive in this situation.

Therefore, we had to be more attentive and look closely at the markings. You had to be especially careful when the two colors of the marking (orange and red) coincided at one point, here you already had to open the tracker and see which one to run on and whether you accidentally ran here.

The second interesting part of the adventure of the day for me began somewhere after 10 miles when I ran out of the turn and managed to turn wrong. And the fun started at 13 miles when I almost got to the third checkpoint, which was supposed to be located somewhere behind the intersection, but these intersections turned out to be several in a row. So after wandering there for a while and not finding KP (although I'm not even sure if I was looking for him there) I decided it was time to move to the "Finish". The road to it again passed through the autumn forest and the slopes with a beautiful view of the Dnieper River, which added a positive to this trail story. And after 3 hours and 34 minutes and left behind 30 kilometers, I still managed to see the inscription "Finish".

After the trail race "Trypillya -" Layers of Time "" I had a lot of positive impressions, first of all, because the organizers offered some originality during it, the route had two markings, which was sometimes confusing, and most importantly the participants did not know how it goes. And this sets it apart from other similar trails, where participants are invited to simply run from point "A" to point "B" on a fully marked route. Let's say this concept, not yet well developed, but the trail "Trypillia -" Layers of Time "" has something interesting to offer fans to run through the autumn forest.

As for me, participation in the trail "Trypillia -" Layers of Time "" allowed me to test myself for attention while running. But the main thing that I managed during the trail is how I will react to the situation when I stray from the route and starts before a hysterical state (especially when you get lost for the third time) and what your actions will be hysterical or find the most optimal option (for me it was to "score" in search of the third CP, go to the marking and move to the finish line). And let's say so, it is better for me to gain such experience in the vicinity of Vitachev than somewhere in the mountains or desert.