In search of Drevlyans - "Zhytomyr Verticals" 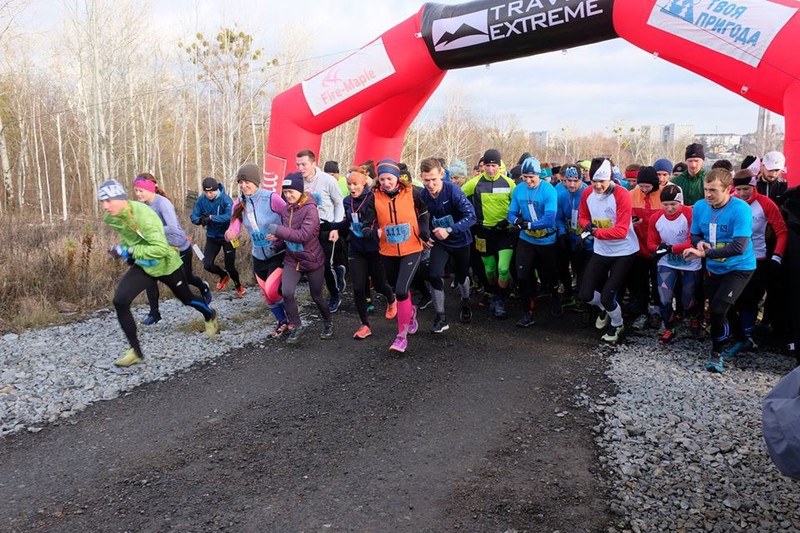 The turn to run "Zhytomyr Verticals" came in 2019, but the trail calendar again offered an interesting choice of "Zhytomyr Verticals" or a trail in the Carpathians "On the Edge of Winter". The choice fell on Zhytomyr, mainly because it was easier to get from Zhytomyr to Kyiv, plus it had quite good feedback from participants from last year's start. And the city itself wanted to visit a little bit stroll through the streets as he visited many times, but never managed to walk on it.

Registration for the “Zhytomyr Verticals” took place on the site bikeportal.com.ua, where the participants could choose one of two distances of 21 km or 6 km. Of course, he chose a distance of 21 kilometers and a height of 1000 meters.

Since I didn't want to go to the start of the "Zhytomyr Verticals" myself, I decided to review the list of its participants in the hope of seeing the familiar names. And it was not in vain since I saw that Artem Vergun will also run them, so he immediately decided to sign off with him and arrange a trip. In addition, the last talked to him during the Kharkiv Half Marathon in March, and in the summer he ran the "Tour de Tirol" and I wanted to know more about this event not from the Internet, but to speak from the person who took part in it.

The start of the "Zhytomyr Verticals" took place on Saturday at 11 o'clock, so our road to Zhytomyr started at 7 o'clock on Saturday morning from the metro station "Zhytomyr" where we met. Arriving in the city, we immediately headed towards the starting point of the trail. The starting point, as each minute approached the start of the race, it became more crowded and filled with participants. As the organizers gave out the starting numbers, gave the last instructions to the volunteers and prepared a delicious sailboat for the finishers, the participants talked to each other and got ready for the start "Zhytomyr Verticals".

The route of the "Zhytomyr Vertical" trail consists of two loops of 10.5 km. each mainly passing through forest paths along the banks of the Teter River and surrounding field roads.

After the lively launch of the Zhytomyr Vertical Trail, it began to reveal the scenic nature of its route to participants. The route was pretty well marked though and was done in an unusual way for me with stickers and checkboxes, but it added more drive to the run and fun as easily as possible get out of the way and it made it impossible to relax and constantly made you concentrate on looking for markup and points to check out.

An interesting highlight of the trail was added by a small detail organized by the organizers at a distance. The whole distance should say so the points at which the participants should mark their plates at all such points - 18 pieces. Some were required to report themselves and some were noted by the courts.

So I decided for myself that some groups of participants should stick. First, it would be easier to navigate the route and faster to find the points you want to mark on your tablet. But there was also a small one, but it is easier to get lost. What happened after 2 miles, when the turn whistled and ran after the group, but one thing that pleased that the checkpoint was not quite far back. Therefore, after the first walk on the route began to look more closely distance marking. Since the route was quite scenic, this distracted from the constant ascents and descents, and there were quite a few on the route.

The first loop was able to overcome quite comfortably, although, in the beginning, I experienced a little trouble, the first 6 miles ran in 1 hour 21 minutes.

Getting to the point of hydration, and there were two on the route: the first at 10.5 kilometers, the other at 21 kilometers, they were located at the starting point. On what a little drink when ran further in the direction of adventure.

The adventures did not last long and began almost immediately after the point of hydration, as it descended from the next hill and turned. There was also a positive here, I managed to find a swamp and run around it. After that, I had to run again to the hydration point and try again to find the right turn. The second attempt to find the turn was successful and the race continued towards the finish line.

After trying to make his route and admiring the local swamp, there was no hurry to go, so he decided to admire the surrounding scenery more, just as the limit to overcome the route allowed it to do so.

But the finish did not slow down especially and after 3 hours 34 minutes, I still managed to cross it. After that, I was waiting for a rather tasty pilaf, and after such verticals, it was very tasty.

“Zhytomyr Verticals” turned out to be a rather interesting trail half marathon with good organization, wonderful volunteers, photographers, and a cook. Although the route consists of two circles but passes in a very scenic area that does it's like I find it quite interesting. The Zhytomyr Vertical Trail has small descents and ascents but they are quite large and in the second lap they are not easy to overcome.

The route layout was pretty well done in the form of stickers, not tapes. Although this was a novelty for me, it sometimes added to the difficulty of finding a route, especially on turns. I really liked the version with the start numbers - they were printed on cloth, not on paper that is for the trail, as I need it, as it is difficult to damage it with water. Another interesting feature was that each participant had their own QR code, which was scanned by the courts at checkpoints.