Cars on start! – “Petropavlivskyi Half Marathon” 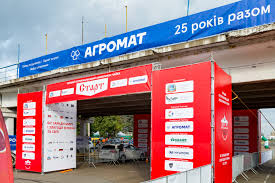 During the regular searches for interesting events in Ukraine, I came across thr Petropavlivskyi Half Marathon. Why was I so interested to me? First, the venue was the "Chaika" autodrome. Secondly, the half marathon was organized for the first time - I was curious to see how everything would go. Without any thoughts, I decided to take part in it. 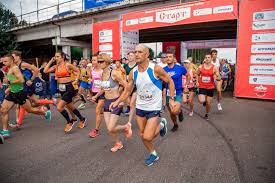 There was no need to get ready for the half marathon, because I newly ran a half marathon in the Kyiv Night Marathon and 25 km in the Kiev Ultramarathon.
I set the goal in the first half of 2018 to run a distance in less than 2 hours. And I have reached it - in Ternopil and in the Night half marathon. There fore, I did not expect anything special from the next marathon, the purpose of participation was just pleasure of running and surrounding landscapes. 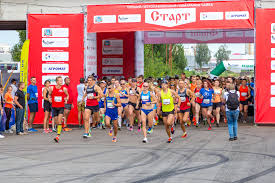 The day before the competition, I got a start pack at the store "7 vertices", which is at the Beresteyska metro station. It included:
• Eco-bag;
• Start number;
• Magnet;
• Brochures
T-shirt was ordered separately.
On Sunday I gathered my racing uniform and went to Zhytomyrska metro station, where the transfer for participants to the starting point was organized. 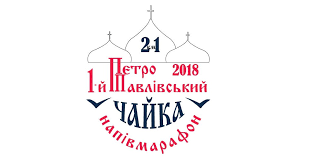 The lines of the start and finish coincided and were located opposite the hotel “Chaika”. The starting town was at the square in front of the hotel, where you could get starter packs, change clothes, leave things in the luggage room, also there was a scene and shops with different delicious food.
I dressed and put my stuff to the luggage room, I went to look around and prepare for the start of the race. Starts of the half marathon and the run for 10 km were simultaneous. The first 8 km seemed easy. I kept my usual pace. Fatigue and heat reminded about themselves later. Legs tried to give up if, like hinting that they were tired of flying every week somewhere, to run a half
marathon.
"Today I just have to enjoy running, not to hurry" I constantly thought. At about tenth kilometer, I saw a familiar T-shirt on one of the runners. It was a middle-aged man from Chernihiv wearing a T-shirt of the Amsterdam marathon. To be a bit distracted from running and heat, I started a conversation with him, which was quite appropriate, because the thoughts about the run did not occur at all. For the whole 5 km were easy because of conversations.
For the rest of the route, I changed the pace to quite slowly one, to fully enjoy the scenery and the heat. Interestingly, there was a man who met and watered the runners.
What was the feature of the route? The fact that the last 4-5 km we ran through the autodrome. But my condition was terrible: the body was exhausted by previous runs. The only thing that made me run faster was roar motors, because there girls and boys were doing karting. So I got to the finish, where I traditionally made several photos before collecting things and going to Kiev.
Source: androshchuk.com/blog