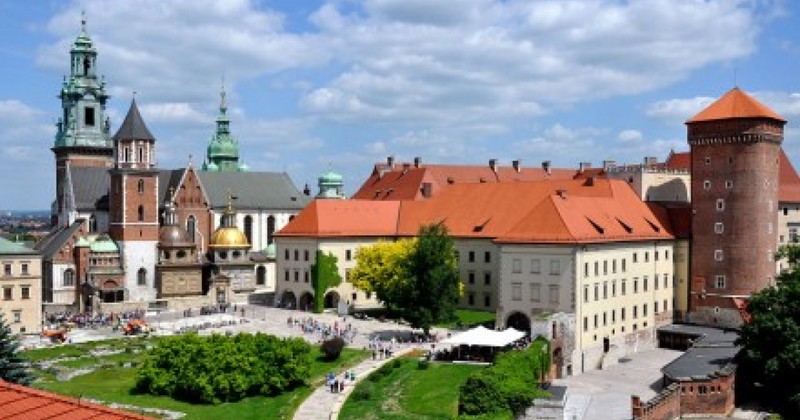 "Cracovia Półmaraton" was included in my selection for the "Crown of Polish Half Marathons" last. For a long time I could not decide whether to participate in this half marathon or not - they were both for and against.
The main reason for my doubts was that the half marathon is part of the "Krolewska Triada Biegowa" race series, and I had plans to run it in one year. At the same time, I was overwhelmed by the desire to have an interesting finale in the series "Crown of Polish Half Marathons", which eventually got the upper hand, though a little and regretted it later. For the finale of the "Polish Half Marathons" series, a half marathon in Gniezno would be a great fit. Now the Krakow triad will have to run only partially.

Well, a few words about registration: it is no different from other races. Registration takes place on the main site of the half marathon pzucracoviapolmaraton.pl in the bookmark (Dla biegaczy - Zapisy). Everything is standard here: the form is filled in first with your contact information, then the entry fee is paid. And voila - you have been assigned a start number.

The road to Krakow was laid through Warsaw, from where the train took me to Krakow. This time I flew to Chopin Airport, so I decided to use the train services. Compared to other Warsaw-based Modlin airports, Chopin is a much more convenient airport. There is a direct line to Warsaw Central which has an electric price of 3 zlotys, while from Modlin to Warsaw it is 14 zlotys. The road takes 10 minutes maximum, while from Modlin - about an hour. Well, no transfers, while from "Modlin" first the bus to the station "Modlin", and then the train.

The road to Krakow took me about 13 hours on Friday. SportExpo was just getting started in the evening (it was its first day), so I decided to postpone my visit there on Saturday. On Friday, upon arrival, I became acquainted with the city and settled into a hostel.

Saturday morning, as planned, began with a visit to SportExpo. I expected to find a lot of interesting information there. As soon as he opened his eyes in the morning, he immediately headed in his direction to pick up the starter pack and take a walk on SportExpo. The exhibition itself was organized at an altitude: there were many different sporting goods (clothing, accessories, etc.), but at these events I was interested in something else: presenting various running events or information about them. Unfortunately, this was not enough here. One half marathon was presented - the "Białystok Half Marathon" and one running club "Obozy Bieganie". With regard to the club, he drew my attention mainly to the locations to which the trips are conducted (Poland, Cyprus, South Africa, Kenya, Ethiopia, Portugal, Spain, USA, Peru and Bolivia) and the organization of such events. Exiting SportExpo came across some more interesting information about the "Krolewska Triada Biegowa", but it made me even more upset. My participation in "Cracovia Półmaraton" makes it impossible for me to run all three races in one season in one season. So a little frustrated, I decided to stroll the city itself first of all its center and near the residence of the Polish kings (Wawel).

All participants were again divided into different groups according to their running pace, as were pacemakers. I started again with Sergei, as we both had the same time on the numbers - 1 hour 40 - 1 hour 49 minutes.

The first 10 kilometers turned out to be quite lively. Although the heat gave it its own, but it felt comfortable. In addition, at first she ran mostly with Sergius, as they tried to stay close and keep pace. But since I am still running with a pulse of 180, what has the heat added to - it has not been long to maintain one pace. After kilometer 12 it was necessary to slow down its pace in order to adjust the pulse. Sergei, meanwhile, began to come forward.

I moved on to a slower run and continued to move towards the finish line, running at the points of hydration in order to regain my strength.

I really liked the route of the half marathon: as I said before, it lay on two banks of the Vistula River, covered the city center, the Royal Wawel, and covered the road a bit near the Schindler factory. For the most part, the path was flat, though there were small ups and downs. There were several pavement sites, but this is mostly just the old part of town.

The half marathon finish was in the middle of the "Tauron Arena Kraków". Next, a well-organized seating area awaited all participants, with pasta, salad, lasagna and tea or beer.

I expected a little more from Cracovia Półmaraton. The organization of the half marathon and SportExpo was high. "SportExpo" was disappointed with the race information available there, but the running accessories and things presented were pretty good. Liked the route and was lucky with the weather. As always, it was motivated not to stop good support on the track, and especially before the finish.

Although the idea of ​​the finish was interesting and on the outside it looked pretty impressive, it did not go to me: the finish line itself was a brightly lit and dark corridor where the viewers were not visible at all. Apart from the music and the voice of the presenter, the arena was not audible. Comparing it to the Silesian Marathon, everything is more interesting - you hear the atmosphere of the stadium there. I didn't feel the atmosphere here at all, and I only saw the audience when I almost left the arena. In addition, the absence of light. When you run for 1 hour 50 minutes under the bright sun and then suddenly run into a dark room - the atmosphere is a little depressing, the concentration is lost. For me, a finish of this type would be more appropriate for a half marathon night rather than a day one.

In general, the organizers did a good job and it turned out to be very cool; pent up support on the track; there were enough food and hydration points, washcloths (it was hot after all).