Away from the Dan - Copenhagen Marathon 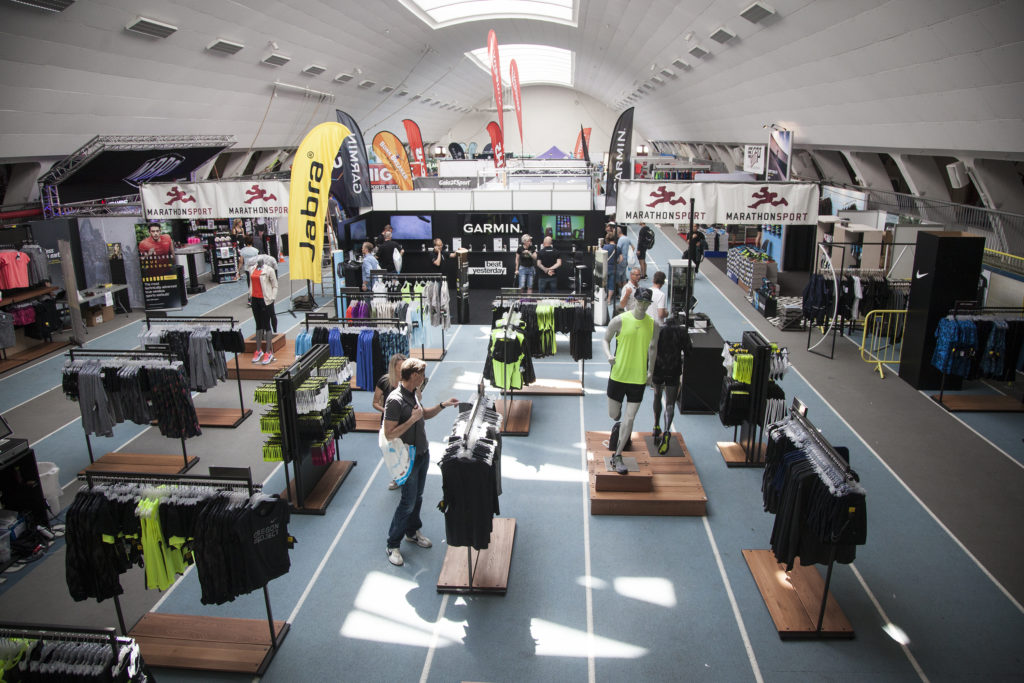 In the last two years running has occupied a great place in his life. All this time, I slowly, slowly walked the small steps to the next goal - to run a marathon.

Preparation began in the farthest February: I trained and participated in competitions that interested me. But he tried to plan his running calendar for 2019 so that the peak of training and running occurred in April and early May. And so it turned out: at this time I ran three half marathons (Poznan, Slavutych and Białystok), one run in Brovary 11 km and 30 km. in Kharkov. The latter was important before the marathon, as he had to show how my body would respond to heavy loads.

Two Scandinavian marathons in Stockholm and Copenhagen caught my attention. Having long wanted to visit Denmark, I stopped at the Copenhagen Marathon. He also started 40 times and had an interesting route.

You can register for the marathon on the marathon page: http://cphmarathon.com. There you had to fill in your details (name and name; country; contact details; if there was experience in marathons, approximate time for which you were going to run 42 km). You could also choose the size of a T-shirt. After paying the starting fee, the system automatically assigns a starting number. The marathon route was held in one circle by the central and surrounding streets of Copenhagen, passing by the main architectural monuments of the Danish capital.

Ancient packages can be banned on Friday, Saturday and Sunday before the marathon starts.

After paying for the starting number, getting acquainted with the route of the marathon, it is time to plan the trip itself, that is, buy airline tickets and book accommodation. I decided to fly to Copenhagen on Friday night to have a free Saturday and get to know the city a bit, visit the Sport Expo and pick up the starter pack in advance.

Arriving in Copenhagen on Friday evening, my route ran from the airport to my place of residence, and at the same time enjoyed a stroll in Copenhagen in the evening.

The main task of Saturday was to find the starting number, so I followed him in the morning. The extradition took place at the Sparta Hallen Sports Complex, which also hosted the Sport Expo, Kids Running. To get the desired starter pack, you need to have a passport and a certificate from the participant who came to the mail after registering for the marathon.

The first half of Saturday came with the launch pack and the Sport Expo. The latter is well organized: in addition to the usual sports goods and equipment, there was a lot of interesting information about various marathons in the world.

After the preparation for the marathon was over, it was time for a walk in the city, a little evening jog and rest before the marathon.

I decided to run the marathon only with water and isotonics without gels, so in the evening I bought them at a local supermarket.

Sunday morning was good weather. Especially in the morning when the sky above the city was overcast and everything was indicating possible rain. This could not but rejoice, because in the heat did not really want to run.

The starting town is spread out on the waterfront on the island of Bruges. Immediately it was possible to use the cameras, get the start numbers, change clothes. In the morning, the runners began to gather here, the closer they got to the start, the more and more they became. Someone dressed up, someone kneaded before the marathon, and someone admired the views of Copenhagen, which opened from the waterfront.

All marathon participants were divided into sectors according to their time of running the marathon. The marathon runner could choose his own time before the start, unlike the Polish races, where the participant must start in the group that he chose at registration. The starting numbers were all the same and not divided into sectors by color. And the runner himself before the start chose in which sector and for what time he wants to run.

The marathon started at 9:30. The participants gradually started to run one solid mass, which again was not very convenient at the beginning of the marathon. For myself, I chose place-holders for 4 hours 10 minutes and tried to hold on to them.

The first half of the marathon was easy enough, it ran comfortably. First, the route is almost flat, with only a few climbs. Secondly, it was overcast, starting to get clear by 12 noon.

He used the hydration points constantly as soon as he met them on his way. The first part of the marathon I tried to hold on to the placemakers. In 2 hours 2 minutes I overcame the first half of the track. The movement to the finish went well. The second part of the marathon started under a very beautiful arch, informing the runners that half the distance had been passed.

The next psychological boundary after the 21 km mark was 19 miles for me. Why this mark? Mainly due to the fact that I had already overcome the 30 km distance during the Easter run in Kharkiv and knew the approximate time of its passage and that I would not encounter any problems in overcoming this distance.

One of the main tests besides the 42 km mark itself, the physical and psychological strain was a 15-mile climb to the trestle. Psychology has played even more here. The experience gained during the same "Kharkiv Half Marathon" became relevant when you just ran down one hill and you were already waiting for a descent and a new one. Another such rise was not very much wanted to overcome on its way.

I overcame the second psychological mark of 19 miles in 3 hours and 10 minutes, which again is good - in Copenhagen I spent 1 minute longer than in Kharkiv. Running towards the finish line was in the planned rhythm. The distance was 4:10 - 4:20 because one hour would be enough to cover 7 miles of the route. Although these are all theoretical calculations that do not always coincide with what is happening in practice. The closer I was to the finish line, the more I met on the sidelines of the runners, whose parameters were brought back to normal, and the slower I started to run.

The last 7 miles could already be described as running from one hydration station to another, where you could drink a little water, isotonics, and some to eat a banana or orange. It was a little distracting from fatigue. For those 7 miles, I stuffed everything I had just encountered along the way: from the Danes' pizza to redbull. At about 39-40 km I began to save power, although it was difficult to find them here, which would make the last dash that would have taken me over the finish line.

A preliminary detail about the runners was in store for a surprise: a minor row on the bridge. When he appeared on the horizon, in the main sense the thought was: "it does not fit, although it is small, but I do not want to draw". the last test, after using the descent and the finish line.

There were fans on the side of the road, adding strength to the run. From this atmosphere and the thought that even a little more and you will see the cherished word "Finish", the forces do not understand where they came from.

After 4 hours 48 minutes of running and overcoming 42 km of my feet, I was still brought to the coveted arch with the inscription "Finish". There I was waiting for the restoration of strength with delicious fruits, hot chocolate, cola, pastries. And most importantly - it was possible to take a breath and already nowhere to escape.

My first marathon fully met all expectations. He presented wonderful emotions, both from the run itself and from the atmosphere that dominated it. It was extremely nice to run near the Embassy of Ukraine in Denmark, where there were Ukrainians. The hometown flag is especially inspiring in the second round, when you are already exhausted and looking for some positive things to move on. A very well thought out route along the main architectural monuments of Copenhagen, the whole route is accompanied by fierce support of residents and visitors of the city. After the finish, there are a lot of different flavors for everyone to recover, as well as massages and showers. The task for this marathon was first and foremost to run it without injury so that it would not be the last.

In the beginning, I wanted to run better and finish in the range of 4:10 - 4:20, but in the process it goes to the background and the bar is already reduced to 5 hours - the main thing that would be no injury.

The Copenhagen Marathon has taken management to a new level of development as a runner, so in the last northern year marathons will take their place in my two main calendars.