A selection of motivational books for runners 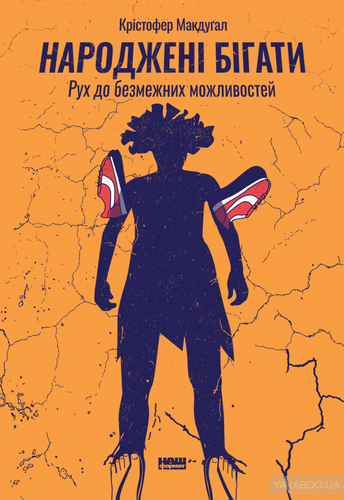 Running is a cyclic sport, especially when it comes to training. Therefore, sometimes I am covered by a wave of laziness and in order to go to the next training, I have to look for motivation somewhere. When my desire to go jogging goes away, it's time to read: about technique, about philosophy, and about running. And running books can inspire at times better than motivational videos or pictures.

In this compilation of books, I decided to collect, so to speak, autobiographical (fiction) books about running, where authors tell about the role of running in their lives, and which are read literally in one go. And they charge quite well to go for a run.

The first three books: "Born to Run", "What I Talk About When I Talk About Running", "The Runner Without Sleep", books that I read in 2019 that left quite good impressions, so I decided to recommend them in the first turn.

"Born to Run" is an epic adventure that started with the simple question, "Why is my leg aching?" In response, the author of the book, a popular American journalist and jogging enthusiast Christopher McDougall, went to the tribe known for his stamina - Taramura (radamuri).

By observing "those with light feet" and taking on their centuries-old experience, the author also shows us what we do "wrong". The book's main storyline is the Tarumar tribe, which has retained incredible running skills. The Taramura Indians are the guardians of the lost art of running around, which has overgrown with legend over time. In parallel, the author talks about what shoe companies do with runners and how they continue to generate running shoes that are harmful to running and what the employees themselves think about it within the company.

Haruki Murakami's biographical story, which can hardly be called a running book. He talks about how he started running, how he started writing, how he held a jazz bar and then wrote. As I was preparing for the marathon and then the marathon. In this book, the famous master of modern Japanese literature, with his trademark ease and misunderstanding, masterfully balancing on the verge of domestic essay and allegory, captures his thoughts about running.

Author of the book "The one who runs without sleep. The Revelation of an Ultra-Marathoner - Dean Karnazes, who has run about 160,000 km in his career, talks about how hard he is to achieve one goal after another.

His book became a bestseller. It is for those who do not need comfort, for whom lying down in front of the TV is a lost time, who loves nature and only there breathes on full breasts and feels free. Dean was called crazy and masochist. So-called the man for whom the marathon distance is just a warm-up. Escape the day and more, escape into the forty-degree heat and into the frost below 40 degrees, run through the mountains. “Why ?!” he was asked. "Because I can." This is the main motivation for those who want to get out of the comfort zone, send a challenge to themselves, go beyond the limits of the possible

The next two books are "Ultra", "Running Man" I plan to read in 2020. While preparing the article, at the same time, I sought to read their reviews this year, and they left positive impressions and a desire to read them.

This is an honest story of a man who at one time overcame alcohol addiction. But one addiction was replaced by a passion for fast food, excess weight, and hyperdynamic.

With all this “gentlemanly set,” the author of the book, lawyer Rich Roll, has decided to say goodbye far from his youth. More precisely, the author of the book "Ultra" won his major sports victories after forty - at an age when others already say goodbye to sports. The man who ascends the stairs yesterday decides to take part in the Ironman Triathlon, followed by Ultraman and Epic 5. A story like that of Rich Roll leads one to believe that the most incredible transformations in life are possible: from a fast-food lover to a vegan, adept of plant foods; from yesterday's alcoholic - the strongest man in the USA.

He ran to gain recognition. Running to survive drug breakdown. He ran when his sons were born. Running was a way for Charlie Engen to punish himself for nothing and his salvation. He helped the author overcome addiction to alcohol and drugs, feel real pain, and learn about true healing.

Charlie ran the marathon in prison and Sahara from edge to edge. Completed hundreds of kilometers for the ultramarathon, participated in dozens of adventure races. He was chased by angry crocodiles, starving leeches and battered. He fell asleep on a bicycle, woke up with a tarantula in his sleeping bag and hung on a rope from a rock. I chose cornballs the size of a tennis ball, sleepless running and eating for several days.

He was called "The Running Man" and he had to do crazy things to stay sober.