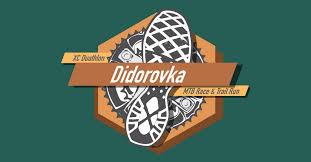 Nobobody will argue that jogging is a routine. You wake up in the morning, sneeze running shoes and run to the park, which has become such a familiar one – that what you did yesterday and what you do today, it will be tomorrow, in a week and in the next month. How to diversify it? Different competitions in new locations can save you. So it happened this time: I registered for the next half marathon, but I wanted to take part in another run before it. I needed a distance of 10 km, so that my legs did not get too exhausted before the next, more complicated distance. My soul wanted to run in Goloseyevsky park, which I put my eye on in June: then "MULTIKI"; organized the "Goloseevo Trail Half Marathon";. I did
not accept participation in it, because I went to the more familiar "city" run "Ternopil Half Marathon";. This time, Didorivka XC Duathlon, MTB Race & Trail Run turned out to fit the situation. In addition, I have never been involved in the trail before. In other words, the run was planned as an easy walk. At least I thought so until the very start of the day. 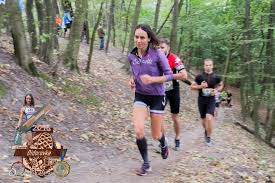 Everything is simple - registration passes on VseProbegi.org. I was pleasantly surprised by the system of contributions: for the first time when registering for a run, I met the system
"All nclusive". In casse it does not suit you, you can separately pay for your participation, for a T-shirt and for a finsher's meedal. Registration fee for 10 km is 330 UAH.
The event has its own page in the Facebook. The organizers are actively use the page, so you can find up-to-date news about the event.

Where and when can you get startup pacages? 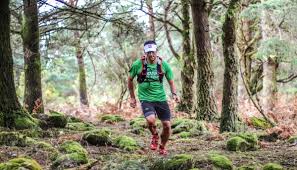 The track of the race

The race route for a distance of 10 km consist of two circles around the lake Dyodorivka. The whole route contained the dirt road and narrow paths, all the time we ran up or down. There were also direct parts of the road, which necessarily ended with surprises in the form of another lift or descent.

My participation in thel Run

This tims time I did not start well, with a delay. Everything started with a little lift on the hill. But, as it turned out later, it was only beginning - all the fun started much later. Since there are many descents and climbs on the way, then when you rush to the next climb or descent, the same issue starts to appear in yor head: "Are you kiding" Thee first half of the route (about 3 miles) I ran in 31 minutes. So that you could imagine the whole picture, at the last training I ran this distance in 24 minutes, and on the race - at 23. There was also one point of degradation at the end of the first circle. I liked how the road was marked: at each turn there were a lot of red and white tapes pointing to the direction in which we had to run. Sometimes we met volunteers who showed where to run and supported runners. In my opinion, there were not enough tablets that would help to understand that you are running in the right direction.

Finish was located on a magnificent lawn in the forest. The finishers were greeted by organizers
announcing numbers, names and surnames and giving delicious apples. There were tents with
sweets and photo zone.

What role did the race play for me?

The event was memorable not only because of the new distance, but also - new impressions and
emotions. There were also new acquaintances, which are always very relevant, because after a
successful run it’s cool to speak about the received impressions.
But that is not the main thing. All my previous races were urban, only in some places there where the average terrain, such as in the Ternopil Half Marathon, the Petropavlovka Half Marathon, or running outside the city, like in the Leiden Marathon or the Tarczyn Polmarathon, took place. All previous races were interesting by small hills and descents, but they were not present during the whole route. But there solid climbs and descents were waiting for me, there was no hint of asphalt. I did not expect such thing at all, but it was quite cool, the run surpassed all my hopes not only on the track, but also on emotions. When you are traveling in the city, you admire local architecture, and here everything is completely different - around the charming autumn forest, which adores the eye.
Source: androshchuk.com/blog