US threatens ‘serious implications’ for defence ties with India as it 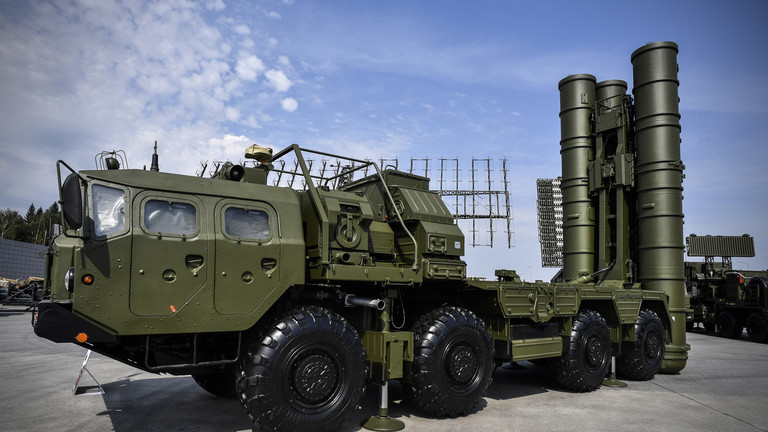 US threatens ‘serious implications’ for defence ties with India as it stands defiant over S-400 deal
Washington has once again reminded India of the possible consequences of New Delhi proceeding with its purchase of Russia’s S-400 air missile defence system despite India’s firm stance on preserving the deal.
Moscow and New Delhi sealed a $5 billion S-400 accord in 2015. Since then, the US has been pressing India to buy American equipment instead, offering Patriot and THAAD missiles as an alternative.

ALSO ON
US wants India to swap Russian S-400s for THAAD & Patriots, but will it take the bait?
Washington constantly threatens India with retaliation under the Countering America’s Adversaries Through Sanctions Act (CAATSA) issued by the US Congress to hinder arms purchases from Russia. Despite the pressure, New Delhi has remained defiant and made a clear point that it would stick to the deal. The Indian Army’s Chief General Bipin Rawat previously confirmed that the deal would proceed and insisted his country won’t be told what to do as it “follows an independent policy”.

India and Russia have a long history of arms trading, with Moscow being New Delhi’s biggest weapons importer. Now the US, which is number 2, apparently wants to change that.

The official added, that Washington is strongly against mixing their systems with foreign ones, saying “there are threats posed by the purchase of an S-400.” That’s why India has to choose where “its military relations [are] headed” and “with who it [is] going to share the highest technology and that operating environment”.

ALSO ON
Purchase of S-400 systems will be ‘devastating’ for Turkey’s F-35 program – Pentagon
So far, the US threats have failed to stop a steady flow of S-400 orders. Washington has put massive pressure on Turkey for a similar deal with Moscow. It threatens to halt deliveries of its military equipment pre-ordered by Ankara and to suspend training programs for Turkish pilots of US fighter jets. Despite that, Turkey expects first batteries to be delivered already this summer.
https://www.rt.com/news/460713-us-india-sanctions-s400/