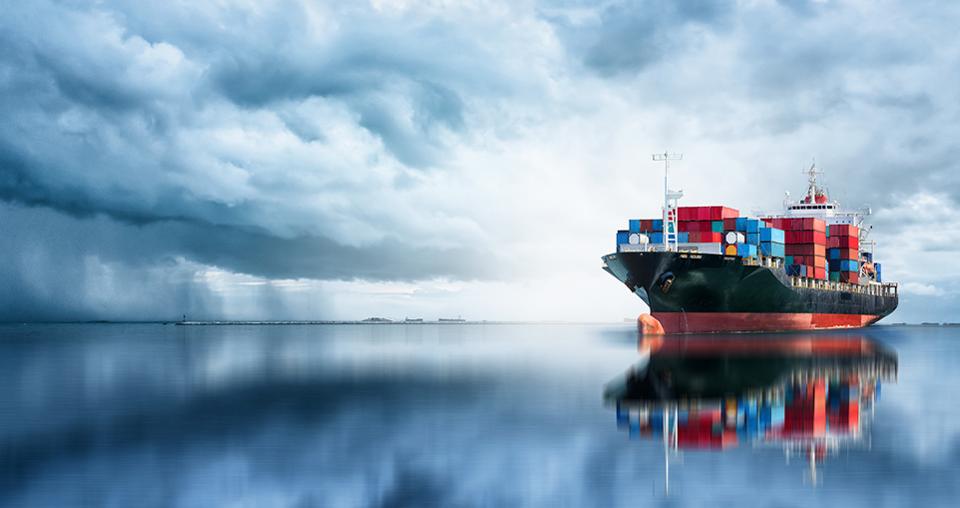 Shipping’s Route To A More Sustainable Future
Today, 90 percent of all goods are transported via cargo ships, making them the top carrier of worldwide trade. In fact, the screen you’re reading this on at this very moment most likely made its way to you by sea.

Despite such ubiquity, the shipping industry produces less than 3 percent of all carbon dioxide (CO2) emissions. But with the global economy estimated to grow by 130 percent between now and 2050, shipping emissions are projected to soar as global trade increases. According to the International Maritime Organization (IMO), CO2 emissions could increase anywhere between 50 percent and 250 percent during that time.

CO2 is not the only environmental challenge the industry faces. Shipping also needs to control the amounts of other harmful substances its freight carriers release into the atmosphere, in particular nitrogen oxides and sulfur oxides.

To counteract this, shipping companies are seeking alternatives to the heavy fuel oils used by most carriers as well as ways to strip noxious particles from vessels’ exhaust gases.

One of the most obvious alternatives to heavy fuel oils is liquefied natural gas (LNG). It’s already used as fuel by some 150 ships around the globe, and the numbers are growing, largely due to the near-zero levels of sulfur oxides (SOx) emitted by LNG vessels compared with diesel-powered ships. Sulfur oxides have been linked to both health problems (respiratory disease) and environmental phenomena (acid rain).

To cut its SOx emissions, the shipping industry has introduced restrictions in key shipping routes across the world. So far, the IMO has created four Emission Control Areas, ranging from the Baltic Sea to the coasts of North America, with a sulfur cap of 0.1 percent. The cap also applies throughout the European Union. In 2020 new IMO regulations will come into force mandating the sulfur content of marine fuels in all waters of the world to be less than 0.5 percent.

Ships have two options to reduce sulfur emissions within these limits. First, they can install desulfurization equipment, such as the Large-scale Rectangular Marine Scrubber developed by Mitsubishi Heavy Industries Group. It removes SOx from the exhaust gases emitted by marine diesel engines, purifying emissions from inexpensive heavy fuel oil to a level equivalent to more expensive low-sulfur fuels.

The second option is to use fuels with a lower sulfur content, such as LNG. As well as cutting a ship’s SOx emissions, LNG also has lower nitrogen oxide and CO2 emissions, making it a popular choice for shipping companies seeking to reduce their environmental impact.

MHI Group’s Large-scale Rectangular Marine Scrubber
MHI Group’s Large-scale Rectangular Marine ScrubberMHI GROUP
However, the growth of LNG as a shipping fuel is limited by a lack of infrastructure for fueling — or “bunkering,” as the LNG fueling process is known. Currently, only a dozen ports around the world offer bunkering, the majority based in Europe.

While more bunkering stations are planned, a major breakthrough occurred in 2017 when the world’s first purpose-built LNG bunkering vessel began operating from the Belgian port of Zeebrugge. The ENGIE Zeebrugge carries out ship-to-ship bunkering. Traditionally, LNG-fueled ships have largely depended on fixed bunker locations or the limited bunkering capacity of LNG trailers, but the ENGIE Zeebrugge can service a variety of these ships. This unique vessel is the start of what its operator, Gas4Sea, plans to be an LNG-bunkering fleet.
https://www.forbes.com/sites/mitsubishiheavyindustries/2019/07/02/shippings-route-to-a-more-sustainable-future/#59baba3e2d49