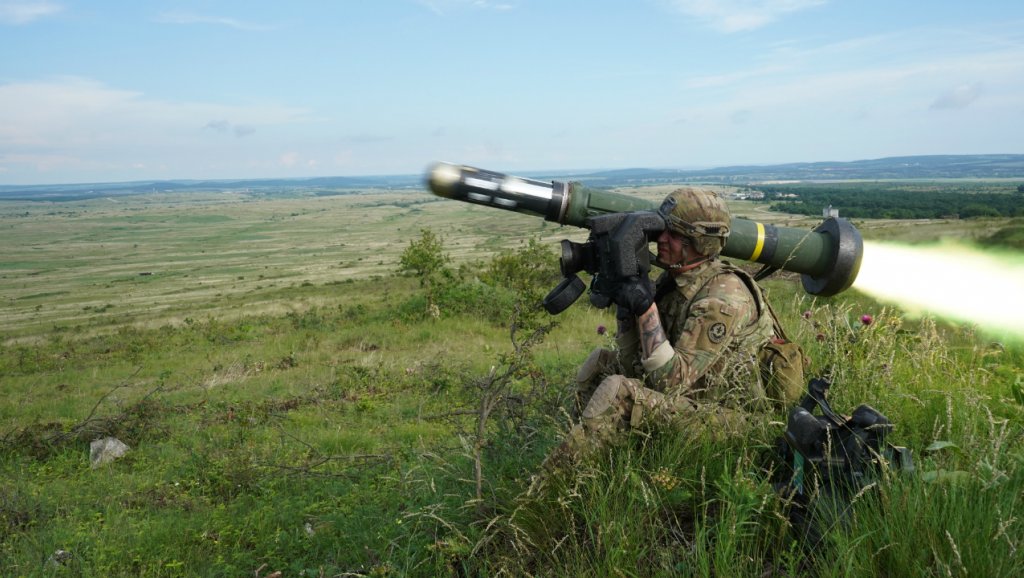 France's defence ministry confirmed Wednesday that missiles belonging to the French military had been found on a base used by forces loyal to Libyan rebel leader Khalifa Haftar but denied supplying them, which would be a breach of a UN arms embargo.
The US-made Javelin missiles, found in the rebel camp south of Tripoli, belonged to the French military but were reportedly defective and scheduled to be destroyed.
“Damaged and unusable, the armaments were being temporarily stocked at a depot ahead of their destruction,” a statement from the French ministry of defence said.
The missiles were intended for the “protection of a French military unit deployed to carry out counter-terrorism operations”, the ministry added.
France broadly supports Haftar
In its statement, the French ministry of defence also denied the Javelins had been given to Haftar’s forces, and it further reiterated that the arms were not subject to import restrictions because they were intended for the protection of French troops.
“France has long supported all established forces engaged in the fight against terrorism, in Libya, in the Tripoli area and in Cyrenaica (the east of the country), as well as more broadly in the Sahel,” it said.
“There was never any question of selling, yielding, loaning or transferring these munitions to anybody in Libya.”

How the West’s silence emboldened Libya’s Haftar
France broadly supports Haftar, regarding his forces as helpful in the fight against Islamist militants.
Missiles found in raid
The New York Times reported earlier that the four Javelin anti-tank missiles were recovered last month by forces from the UN-recognised Government of National Accord (GNA) during a raid on the town of Gheryan, in the mountains south of Tripoli.
Haftar, whose forces hold eastern Libya and much of the country’s south, launched an offensive in early April to

the capital from forces loyal to the GNA. Gheryan was the headquarters for Haftar’s forces as they amassed for the assault.
More than 1,000 people have died in the fighting since Haftar launched his offensive on Tripoli, including scores killed in an air strike that hit a detention centre for migrants.
'Haftar has become the key player in Libya'
https://www.france24.com/en/20190710-france-missiles-found-pro-haftar-base-libya-un-military-usa-rebels-tripoli