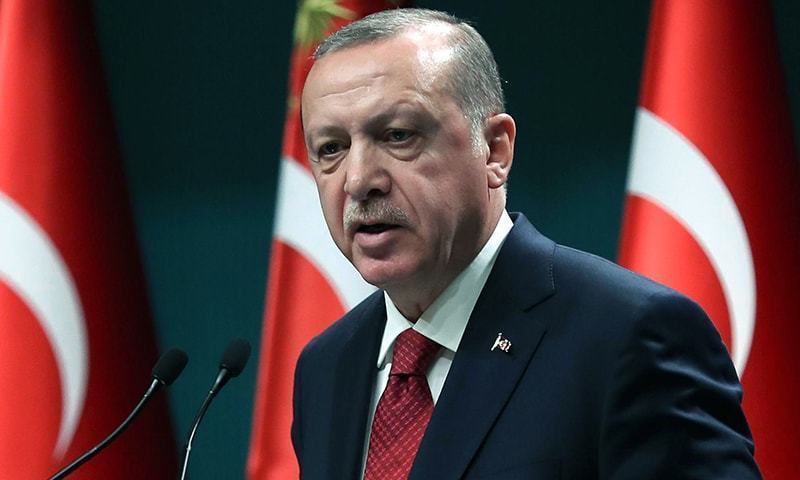 ANKARA: Turkish Presi­dent Tayyip Erdogan sacked the governor of the central bank on Saturday as differences between them deepened over the timing of interest rate cuts to revive the recession-hit economy.

Governor Murat Cetinkaya, whose four-year term was due to run until 2020, will be replaced by his deputy Murat Uysal, a presidential decree published early on Saturday in the official gazette showed.

No official reason was given for the sacking, but government sources cited Erdogan’s frustration that the bank has kept its benchmark interest rate at 24 per cent since last September to support the ailing lira currency.

The Turkish economy shrank sharply for the second straight quarter in early 2019 as a punishing currency crisis, persistent double-digit inflation and high interest rates took a toll on overall output.

“President Erdogan was unhappy about the interest rate and he expressed his discontent at every chance. The bank’s decision in June to keep rates constant added to the problem with Cetinkaya,” a senior government official told Reuters, speaking on condition of anonymity.

“Erdogan remains determined to improve the economy, and for that he made the decision to remove Cetinkaya,” the official added.

However, Cetinkaya’s sacking comes just days before Turkey is expected to take delivery of Russian air defence systems, triggering likely US sanctions which could put the lira under renewed pressure.

Two other government sources told Reuters disagreement between the government and the governor over monetary policy has intensified in the past few months.