VR Park project overview. Advantages of the project for users 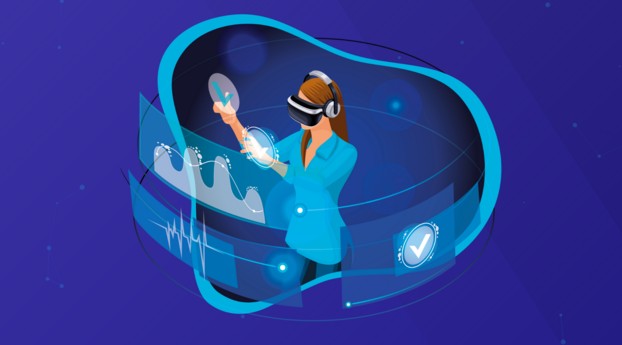 
Advantages of the project for users:

It is difficult to imagine what awaits us in the near future, if already in the world a huge number of incredible and unique projects are being implemented, each of which was once something incomprehensible and unreal. Nevertheless, over time, they all found the strength and became more than real than ever. Today we will talk about one very interesting topic such as virtual reality and all its features. It turns out quite recently that humanity could only dream of experiencing new and previously uncharted emotions caused by visual effects from virtual reality. Now in the world there are a large number of technologies that contribute to the transmission of high-quality signals, as well as vivid impressions of interaction with virtual reality. However, not everything is as rosy as it may seem at first glance. Of course, despite all the growth and development potential, the sphere of virtual reality is experiencing a large number of problems related primarily to the lack of all the necessary technical components and products without which it simply cannot go ahead. To put it in simple language in the world of virtual reality, there is still a lack of a large number of products ready to demonstrate a wide range of educational and entertainment interaction channels. And all because there is no proposal on the market regarding the unification of various areas of virtual reality, where developers, consumers and those who will offer all these services will meet in a single ecosystem. But don't be in a hurry to get upset ahead of time, since the team of specialists from today's project noticed this problem a long time ago and tried to offer its solution to the market. Ladies and gentlemen, allow me to introduce you to today's project - Virtual Park.
VR Park is a set of innovations and technologies that form a huge system by which manufacturers of virtual realities will be able to realize their projects, and users will directly purchase all the necessary products related to this area. Since the industry itself involves a large number of different areas, ranging from scientific and technical, to marketing and other tools that allow to solve incredible tasks in the aggregate. That is why VR Park intends to combine the above technologies with another popular and all known technology - the blockchain. Thanks to her, VR Park will bring the virtual world to a new stage of development, while providing high-quality ground for creative development.
Advantages of the project for users:
If we talk about the VR Park project in simple terms, this platform contributes to the massive development of software and hardware for high-quality VR content. Since this will create all the conditions conducive to the unification of intellectual and entertainment solutions. After all, work on the project began back in 2016, with technical support from HTC Vive and Tesla Suite. After that, in 2017, the project showed its first VR Park in Russia, and then in other European countries. In the near future, another 28 parks are expected to be launched both in Europe and the USA, as well as in the United Arab Emirates. Naturally, in order to stimulate constant demand from visitors, VR Park should regularly update its virtual content with new worlds and other interesting features, thanks to which the user can not only have fun, but also gain some knowledge and experience. Therefore, the founders of VR Park offer all developers of virtual worlds to join a single system by joint efforts to offer their products and applications. Such associations have a large number of advantages due to which: developers will be able to immediately implement their projects to the broad masses of society; users will find an incredible selection of entertainment and educational development scenarios; VR Park data will contribute not only to the functional rest and pastime of the user, but also to his further intellectual development; thanks to the built-in online store, the user will be able to purchase any of his VR goods of interest, at the best prices; and lastly, the technology that is accompanied by cryptocurrency tokens will contribute to the full-scale development of the project itself around the world, regardless of what geographic point you are in or not.
Conclusion:
The project itself is a comprehensive solution that simultaneously aims to unite a large number of parties, each of which is responsible for the creation and consumption of the very virtual content. And the only thing VR Park did was to prepare for them a reliable, safe and high-tech, but at the same time very open and accessible environment. Which in turn will positively affect the development of the entire VR industry around the world. Indeed, many experts predict an unprecedented growth of the entire VR market and all its related projects and applications. And this means that VR Park will have something to show to the interested audience all over the world. Of course, my review does not include an in-depth analysis of the project and all its functions, nevertheless it describes all the important and useful aspects of the project itself so that you can get acquainted with them and understand whether this concept is interesting to you or not. For those who found the project very interesting, I prepared all the official, social resources that will be available immediately after this article. And today it is all good luck!

The uniqueness of the article here - 93 %

More information can be found here: