In a generation where one can make money simply by carrying out surveys or watching videos on certain websites, one would think drone content creators will be able to make money from their created contents.

The world is continuously creating new ways by which individuals can make money and since the commercialization of drones, drone operators have now found a new way to make money from their contents.

With commercial drones gaining popularity, more individuals have now become drone operators using it for diverse functions such as the creation of aerial maps, videos, images and more in order to be a part of the new financial thread.

The industry holds great financial potentials for everyone with great drone contents to sell by realising the unexploited financial capacities of the existing drone contents. However, the absence of a market in which drone operators gets to sell their contents is the sole reason the industry hasn’t gotten to its peak and this is the problem which have been discovered by SOAR and now they are here fix it.

Since the commercialization of drones, drone content creators have lacked a marketplace where they will be connected to customers who will find value in their created contents and pay for it. The drone industry is very lucrative as many jobs can be simplified using it.

Before drones were commercialized, they were majorly used by military during strategic missions and training’s. Today, 70% of the drone market is on the military, 13% on commercial and 17% on consumer.

The following are used in the industries listed below:
• Infrastructure and asset management
• Mining
• Agriculture, forestry and fisheries
• Oil and gas
• News, tourism and entertainment
• Security and law enforcement
• Scientific research and much more
The places in which drones can basically function is unlimited.

The following are major industries which use of commercialized drones:
• Insurance: drones are used by insurance companies, to perform initial assessment on damaged properties where individuals would not be able to go carry out proper assessment.
• Infrastructure: drones are also used to monitor infrastructure sites, carry out survey and used in gathering of data.
• Agriculture: you will agree with me that drones are better suitable for exploring lands using thermal cameras since it provides an aerial view of the plain field.
• Mining: drones are used to supervise mining projects due to the jobs hazardous nature and also to scout out mining areas for surface indications of minerals.
• News and entertainment: carrying out tactical and headline news can be done using drones without putting news caster or drone operator in any form of trouble, also drones drones with high quality cameras are used during events and movie casting.
• Personal usage: other than the magnificent benefits in which drones gives to various industries, it also provides a fun way to live by giving individuals the ability to be able to document all their travel and fun experience either through videos or photos.

SOAR is a company whom in the past have developed tactical mapping software’s for the department of defence which enabled military personals to perform efficiently in tactical situations.

SOAR, which have seen how drones’ operators are now suffering in their quest if looking for potential buyers for their contents is now creating a decentralized marketplace where what ever sort of content created by drone operators can be sold or monetized.

The platforms marketplace will provide individuals with the opportunity to be able to showcase their high-quality created contents ranging from aerial images which can be used for mapping, event videos and even pictures from various places in which individuals have visited.

The cost of purchasing a content on the soar marketplace will not be determined by the content creators but by the platform through an algorithm which evaluates the size, quality, length of video and even the importance of the location of the picture.

For example, if a major event is going on in a particular place in which people would like to be a part of, then videos and photos of the location goes up.

The platform will use blockchain technology to determine the model of drone in which video content or pictures are taken with, the location and various other data which will enable the platform to eliminate fake news, news duplication and provides a method for content authenticate through the blockchain. 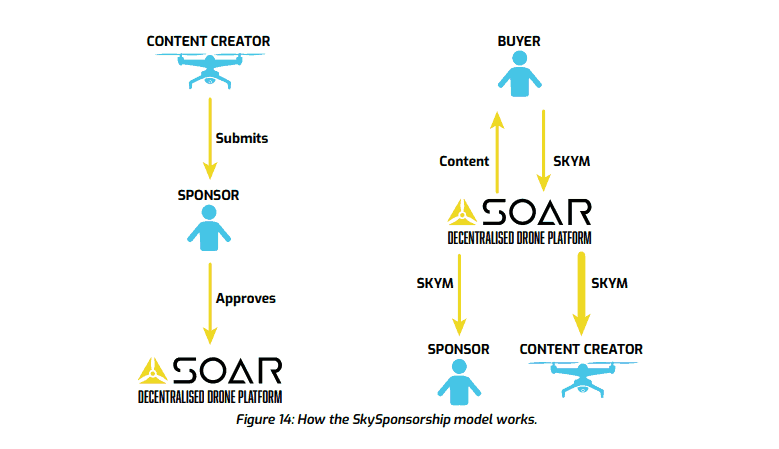 The platform being on the blockchain will provide massive benefits such as security, transparency and content authenticity verification using blockchain and its smart contract.

The platform will transparently and automatically publish content location, time, equipment used in capturing content into the blockchain database where the footage or video authenticity will be carried out, and by so doing eliminate the spread of fake news.

The platform will be operated with its utility token known as skymap token which will be used in paying content sellers on the platform. This platform will unleash the untapped potentials of commercial drones’ content by rewarding their creators handsomely using the platform.

The platform will also have the capacity to hold various types of data such as still images taken from any angle, video content of various resolution, aerial maps which gives a bird view of the ground and a focused content such as multispectral and thermal imagery amongst others.

The price of videos uploaded on the platform will be calculated by the value of the content and its length while the price of pictures is calculated by its value and size.
With this medium, news and other agency will be able to purchase first hand data on videos and pictures of major events such as natural disasters, sport events, public events and more on a global scale.

The following are benefits of the platform;
• Buyers get to easily locate and buy content
• Funds can be offered by buyers for drone operators to cover a particular area
• Purchase of drone content
• Provide the economic necessities for the eventual actualization for the first world super map powered by millions of drones.

MAJOR PARTNERS AND INVESTORS OF THE SOAR PROJECT

CONCLUSION
SOAR is built using blockchain technology which enables the platform to have its own utility token which will be used as the sole source of payment in the platform. The platform is partnered with other major industry such as ALIBABACLOUD, TAKOR GROUPS and many other industry, which is why I believe this project will go a long way in transforming the drone industry and the lives of drone operators in all. 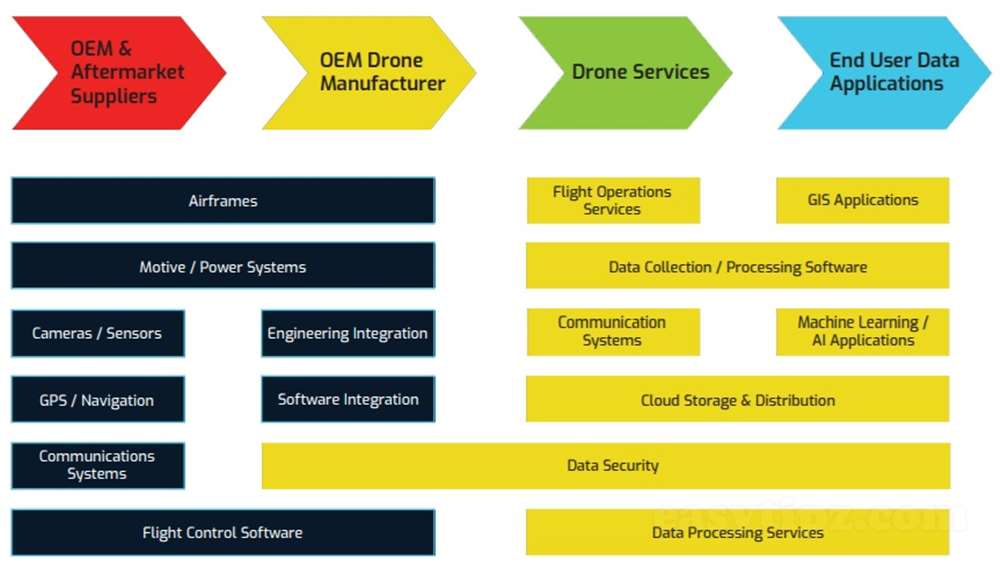 The SOAR platform is founded and headed by AMIR FARHAND and is backed up by a team of blockchain and commercial professionals who are determined and motivated to see the success of the project. with the power packed features in which this platform is coming with, I believe this is a wonderful project to be a part of.