DEXON is the latest distributed ledger technology that solves the “trilemma” of current blockchain technology: decentralization, security, and scalability.

It provides the ultimate solution for hosting industry-level DApps that can serve 1B+ user in real world scenarios, such as IoT, smart payments, gaming, music, and assets exchange services.

DEXON is capable of processing 1M+ TPS with transaction confirmation finality of 1 second. Moreover, the DEXON consensus algorithm is mathematically proven to be secure while being Byzantine fault tolerant.

DEXON is currently backed by global top-tier venture capitals such as IDG Capital. As a strategic partner, IDG Capital has led the first round of $20M USD investment in DEXON.

In addition, a consensus mechanism called Randomized Proof of Participation (RPoP) is marketed as a fully decentralized and energy-efficient alternative to proof of work and delegated proof of stake consensus.

If that wasn’t enough, DEXON also plans to provide interoperability between blockchains by providing an interchain bridging protocol aimed at making transactions between different blockchains.

As a second part of the announcement, DEXON also published a number of results from preliminary performance tests. A test setup of 25 nodes and a 2MB block size, reportedly, produced a transaction throughput of 1 million transactions per second. Transaction size was 100 bytes and 50 blocks per second were generated.

Of course, the reported performance results have to be taken with a pinch of salt, as the DEXON platform is not yet available to the public and the experiments cannot be replicated independently. Furthermore, a limited setup of high-performance nodes linked up through fast connections will always provide better results than an open and public test network.

However, it is good to see investors taking this type of high-performance blockchains seriously and investing in what essentially amounts to quite fundamental distributed systems research.

DEXON possess high throughput, low finality, and high level of network partition tolerance. DEXON is a high-performance and reliable network that can be used to a broad range of applications.

Vast numbers of stakeholders can join the DEXON consensus algorithm, avoiding a minority-controlled network. It solves miner centralization issues because everyone has an equal chance to propose blocks. It’s fairer for each stakeholder to benefit from, and contribute to, the network.

DEXON provides the most developer-friendly programming languages, such as EVM and SQLVM, for developers of all level to build their own Decentralized Applications (DApps) and prove their concepts with ease.

Release Decentralized Exchange Protocol: Allows anyone to build a decentralized exchange on DEXON 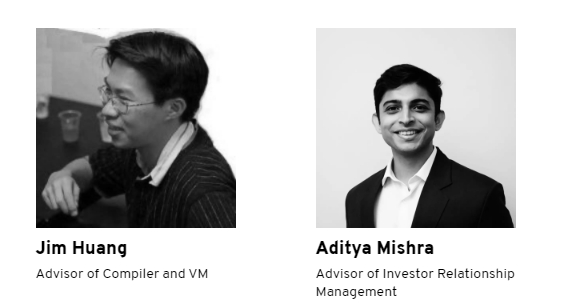