I just powered up 40 Golos ! I believe Golos has big potential for niche luxury brand, after large investors are sold on idea of becoming social media oligarchs as future Golos Whales, helping promote THEIR vision for russia's future! 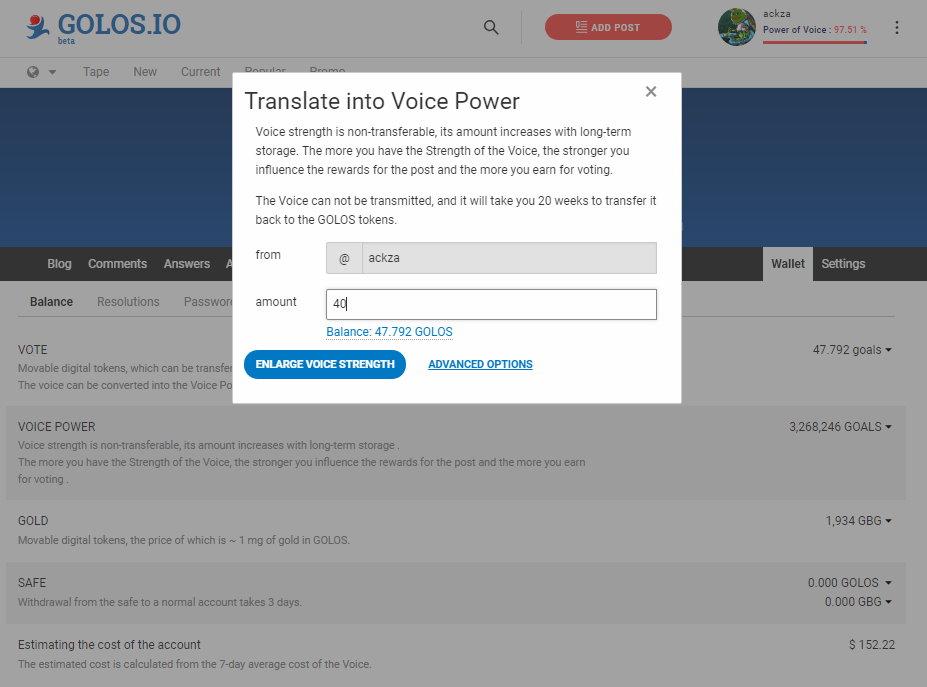 Golos can still be used one day and resurrected, any chain that widely distributed like that can be used, even Bitconnect could be rescued, but Golos needs to really have some new leadership that recognizes how BIG Golos could be if RUssian govenrment became involved and helped push the token price up. Then the free market can take care of the rest but if Russias government started pushing talented developers to go look into Golos and if they accepted that this is a system they cannot have central control over, well then maybe we can have a new hi tech Russia but it has to come with some compromise of authoritarian power. Russia's government must realize that if they accepted a DPOS system like Golos they could really help ALL golos holders existing in Russia, and the system itself is perfectly viable, and with @golosclassic SMT hardfork, anyone who had some golos stakes will be able to claim this new SMT so just holding Steempower gave you Golospower and then THAT gave you Golosclassic so you can see if people are willing to fork it so much, we may agree it is of some value. Eventually 41 Golos can be reached or the golos classic SMt can be worth that much, either way we can always use a Russian centric blockchain for Russians to practice excersizing their minds and creating new systems for their part of the world to use. They could end up creating a system that is used throughout all of central asia and all ex soviet satellite countries IF they use state backed steempower holders to create an incentive to make posts on the platform. I can see Russian state using Oil Money to buy golos, like buy ALL of it, and then power it all up and make Golos power extremely rare and hard to get so they can then upvote all the things the Russian government wants to promote, whether thats family values or conservative movements, whatever they want they can promote it via social media now with a massive web of Golos front ends like https://goldvoice.club and this is a front end for the golos website. Its much nicer but hey even golos.io has added many features we actually still don't have like displaying vote power on the front page next to your name. Also they have an official golos app, and steemit doesnt but we will soon have a "steem" app thrugh Utopian-io

Anyway I believe we can have a great time making Golos a sort of Niche luxury brand for wealthy people to buy golos power with and use to lord over poorer russians, :D i am serious! we can get rich russians to feel like if they buy golos cheap now and power it up, they can eventually make money AND help poorer russians and become like social media oligarchs but with many fans that love them because theyll be getting upvotes from them!

I believe russians can be sold on buying golospower.... wealthy russians with Bitcoin simply have to go buy Golos on various exchanges (Hopefully Bittrex get's their golos wallets back, and golos.io team prevents that from happening again, and let us hope that Golos gets on Binance or Kucoin or as many other exchanges like that as possible, perhaps even on Yensesa exchange in Ghana an African Exchange by https://goldvoice.club/steem/@yensesa you can see how Golos would be a great addition to their new exchaneg which will become the Binance of Africa. RUssia and Africa can bask in a shared decentralized future where they are no longer ruled by the US Dollar or British pound or Euro. Now RUssia and AFrica can become independent financially with tools like DPOS, Bitshares, Steem, and Golos. EOS will also play a large role in all of this,. but for now let us simply use the tools we have already established nd build a new financial future for RUssia and AFrica, free of the baggage of the past. 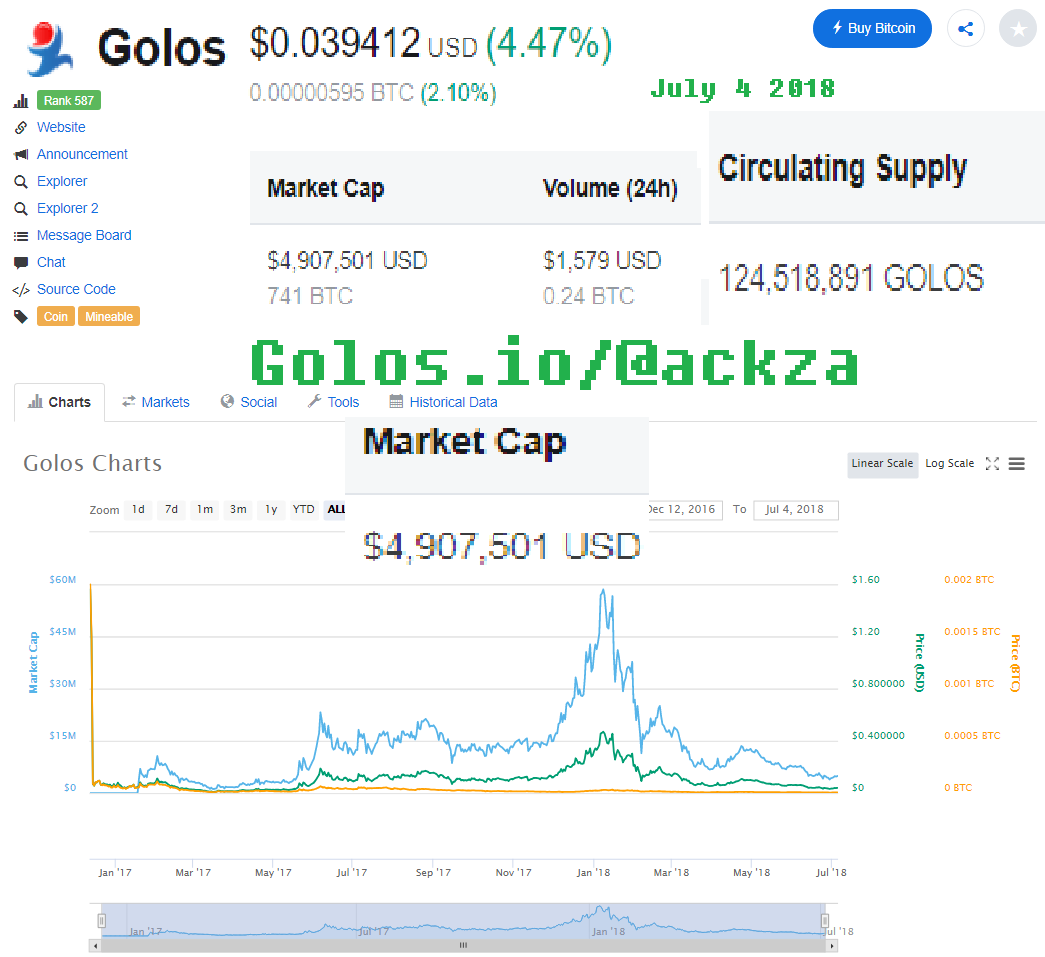 Most importantly I believe RUssian ELite can be convinced to buy Golos, as it can be compared to Bitcoin or Ethereum and we can use EOS inter blockchain communication to provide Golos with smart contracts, and maybe we can sell golospower to RUssian Billionaires and millionaires who could buy up the entire blockchain. We want to distribute the golos out amongst small users as much as possible but then one day, a few oligarchs or russian investors will purchase tall the remaining liquid golos and overnight we can see golos go t $10

We WILL see Golos go to $10 if we have demand, and if a large oligarch wants to spend 4 million dollars or even just 2 million they could drive the price up so high that you could be sorry that you didn't believe in golos more! We can simply use the lessons of steem and it's success as our main selling point and go around Russian Bitcoin forums promoting Golos as Russian people''s patriotic responsibility to buy a large stake in Golos and become a Golos Whale! WOW only $1,579 US dollars worth of daily volume... we need to get a campaign to have Russians selling golos power to wealthy Russians at cultural events and technology conventions. Imagine seeing someone using some Bitcoin to pump Golos up to $10 so that their friends with a few thousand Golos Power bought for pennies can now give $1 upvotes or more! WE CAN have this future if enough Golos Dreamers go out there, use Steem to fund themselves but then go promote GOLOS, buy up cheap golos power while its dirt cheap, and just promote the purchasing of Golos in LARGE amounts!

(Thanks so much to @elgeko for custom signature come find him on http://steemit.com/@elgeko )

If you have questions about bitcoin steemit crypto or making money mining or marketing, feel free to email me zackza@gmail.com or text 619 500 3748 and....