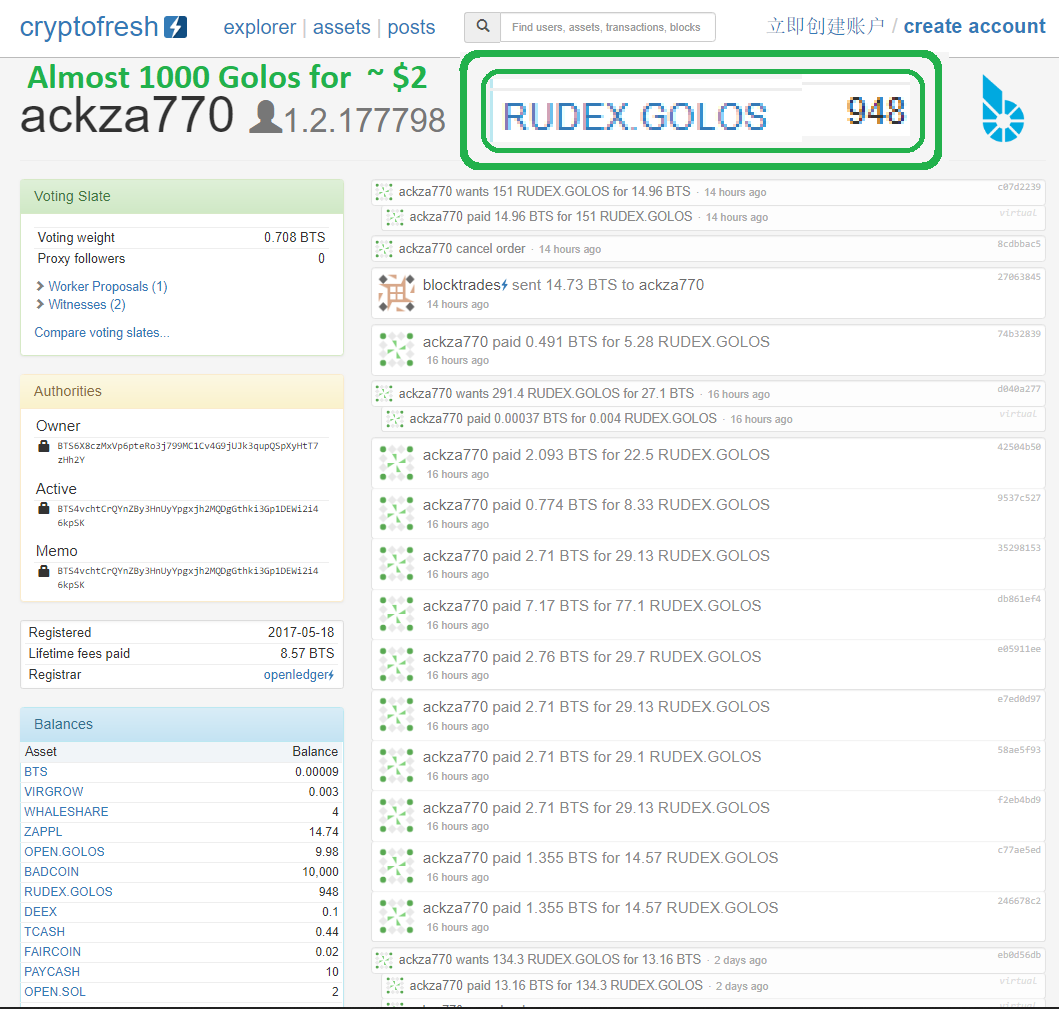 Now I just need to test the rudex withdraw, as I tried withdrawing 8 Golos and it never came through, so I hope i can at least piump theprice and as you al;l see, i never powered down the golos i bought in 2017 I just powered it up and kept it even as it dropped in price a lot

I believe this chain can be purchased by the russian government and then everyone who still has some will be rewarded.

Golos still running even when the price is under 1 penny when it used to be 50 cents , that is PROOF that golos will keep running no matter what happens JUST like the russian People! Even if Golos moves to EOS, we will still see people using the main net